Xiaomi’s Mi Pad has been on the market for long, and is certainly a success story as far as sales and general feedback is concerned.

However, with Microsoft easing its policies for licences for OEMs, more and more international and Chinese tablet makers are looking towards Windows, giving Android a ditch. They’ve proven that you don’t need to spend a thousand dollars to get a properly functioning Windows tablet, such as the Chuwi Vi10 (review).

Not just that, Xiaomi seems to have built a rapport with Microsoft; the Mi 4 is among the few Android-based phones to get Windows Phone support.

Does this mean the next Mi Pad will have Windows 10 as default? That’s certainly possible, but definitely not confirmed.

Xiaomi bet big on their MIUI software platform. In fact, MIUI is the only product Xiaomi did for the first year since its inception; it’ll be hard for them to let go of the system which is now ready to enter it’s 7th iteration in the form of MIUI 7. 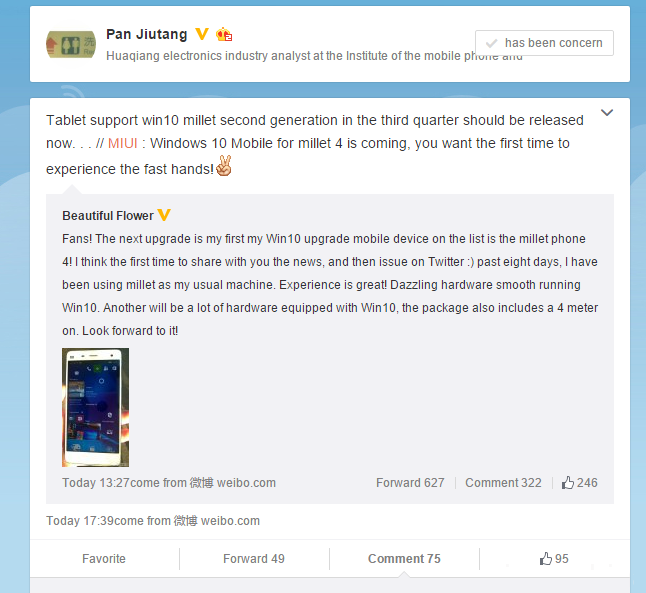 An allegedly well-known Chinese analyst however, has contrasting thoughts… and suggests that the Mi Pad 2 (or whatever it be called) will run Windows 10 out of the box. Also, he suggests that the tablet will launch in the third quarter this year.

Do you think Xiaomi would make the move from Android based MIUI full-blown Windows?

Next Asus looking at making phones in India: CEO