Zopo are finally learning (the hard way) what customers want and deserve. After finally releasing a couple of new flagships, the company have now teased their plans to open source codes and have new ROMs developed.

Back in the early days of GizChina, Zopo were the only Chinese phone maker who had any interest in producing phones for international customers. While the rest of the brands worked on saturating the domestic market, Zopo worked on making a killing internationally.

They did well for the first few years, but things start to fall apart as competition heated and customers demanded more for their money (hardware, quality and customer service). It cost Zopo their lead but they are hoping to make it back.

Recently the phone maker released the Zopo Speed 7 and Speed 7 Plus. A couple of phones packing 64bit Mediatek chips, 3GB RAM and either a 5 or 5.5-inch display depending on which you opt for. 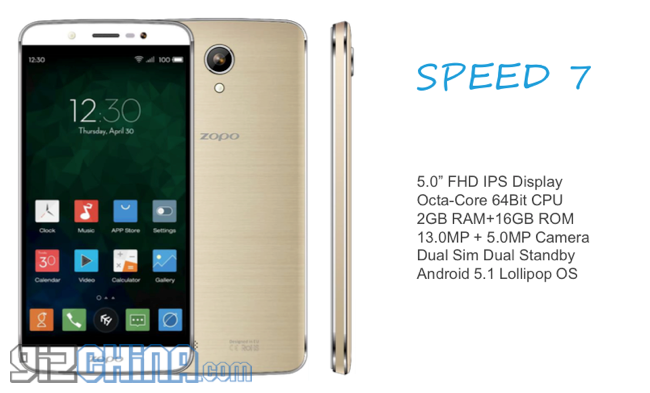 Zopo’s own custom ROM ships with the Speed 7 phones, but in the near future we might see a few more interesting ROMs surface on their phones. Apparently Zopo are woking with an internationally renowned team of developers who will work on custom ROMS for the phones.

The details we received told that developers will be working on ROMs like MIUI, Cyanogemnod and OxygenOS. It’s not clear if these are examples of the types of ROMS we are going to see on the Zopo Speed 7 series or if the company are simply saying they are aiming for the same type of OS with better updates and support.

We’ll keep an eye on this and other Zopo news, in the meantime we ask if any GizChina readers have tried the latest Zopo phones? What do you think of them?