Doogee have a long line of new phones to get through this year, and now they are expanding on those handsets with a new set of earphones.

Chinese phone makers have long been venders of earphones too. Meizu were really the ones to start the movement but it wasn’t until Xiaomi launched the piston earphones that other manufacturers jumped on for the ride too.

Doogee are a little later than most but plan to launch the Doogee Vienna earphone later this month. Doogee haven’t shared the build details with us but did send over information proving that they have put the earphone through a number of stress tests which they claim it past with ease. 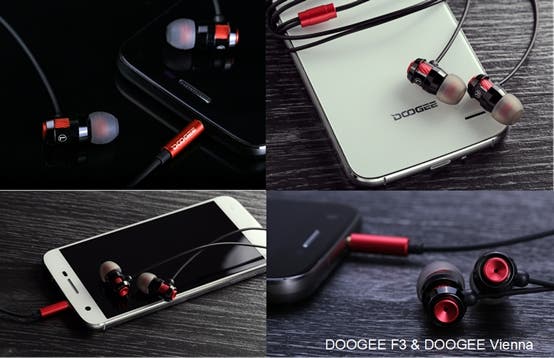 Pricing is going to be under $20 but so far the actual cost and launch date are still a mystery.

Next Xiaomi Redmi Note 2 and packaging spied, claimed to have Helio X10