The rumours can now all stop! Xiaomi have just announced the launch of the Xiaomi Redmi Note 2, and yes it is running the powerful Mediatek Helio X10 chipset.

The Xiaomi Redmi Note 2 is here and finally official in China. As I type this Xiaomi boss Lei Jun is still announcing all the details of his companies new budget phablet (so keep posted for updates) and so far we know the following about this new device.

First think is that we are super happy to see that Xiaomi and Mediatek are back together! Instead of stuffing a Snapdragon 615 in to the Redmi Note 2, Xiaomi have opted for the rather remarkable Mediatek Helio X10 chips (aka MT6795). We have seen the same processor in the LeTV Le1 and Meizu MX5 and been stunned by the performance of the processor. Also on the processing side of things the Xiaomi Redmi Note 2 has 2GB RAM on board. We might have hoped for 3GB, but this is a budget phone and Xiaomi won’t want to cannibalise sales of the Mi Note range. 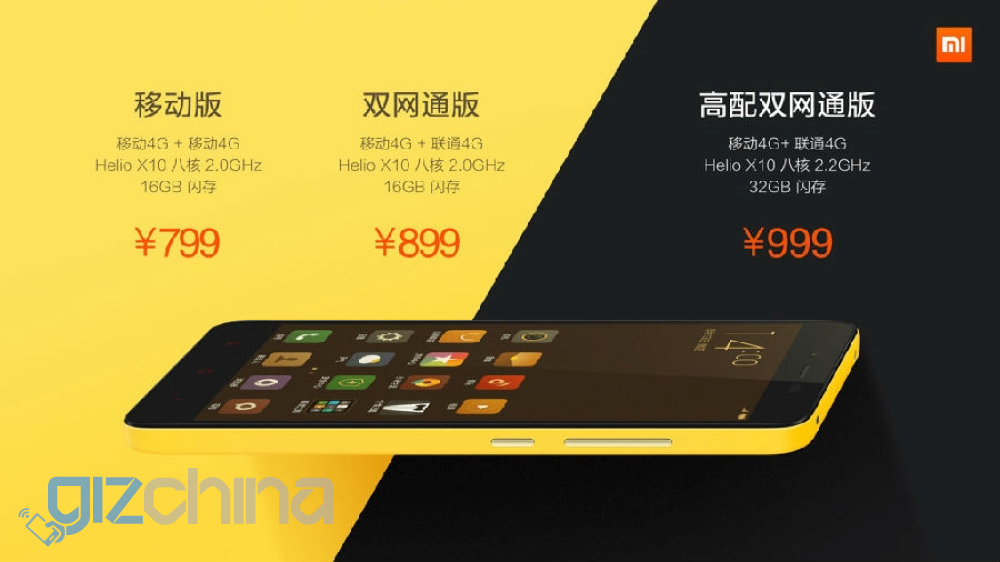 Rumours about the display were true. The Xiaomi Redmi Note 2 has a 5.5-inch 1920 x 1080 display which also features the same HDR sunlight technology as the Xiaomi Mi4i to improve viewing in direct sunlight.

Camera specifications are impressive for the budget phone too. The rear camera being a 13 mega-pixel CMOS sensor from Samsung and the front a 5 mega-pixel OV model. What is really shocking though is the inclusion of PDAF (Phase Detection Auto Focus) on the Redmi Note 2! This could be the most affordable phone with the super fast auto focus feature! 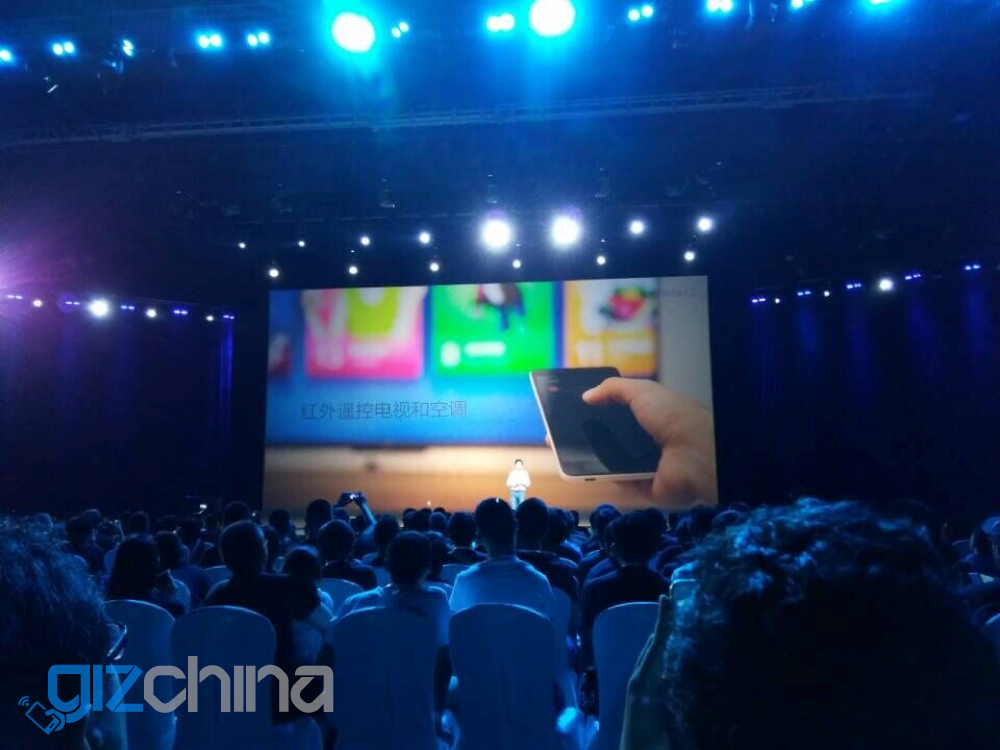 Xiaomi have also included an IR remote control use at home with your TV, air conditioner etc. 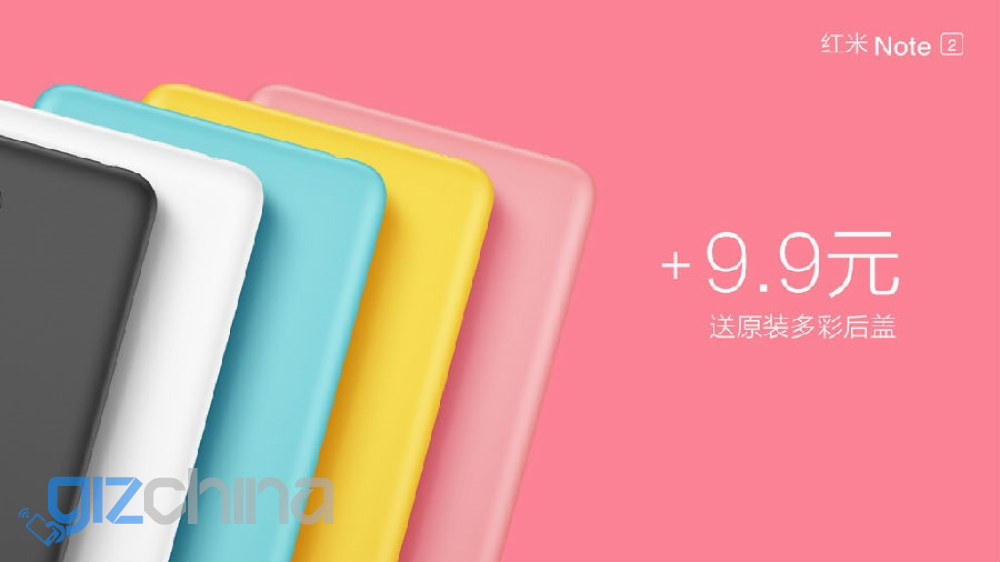 Xiaomi will be offering 5 colour options of the Xiaomi Redmi Note 2 which include white, blue, yellow, pink and mint green. Additional covers will be available on sale at just 9.9 Yuan in China. The Redmi Note 2’s dimensions are 152 x 76 x 8.25mm and it weight 160g.

MIUI 6 will come on the Redmi Note 2 out of the box but MIUI 7 will be available soon. 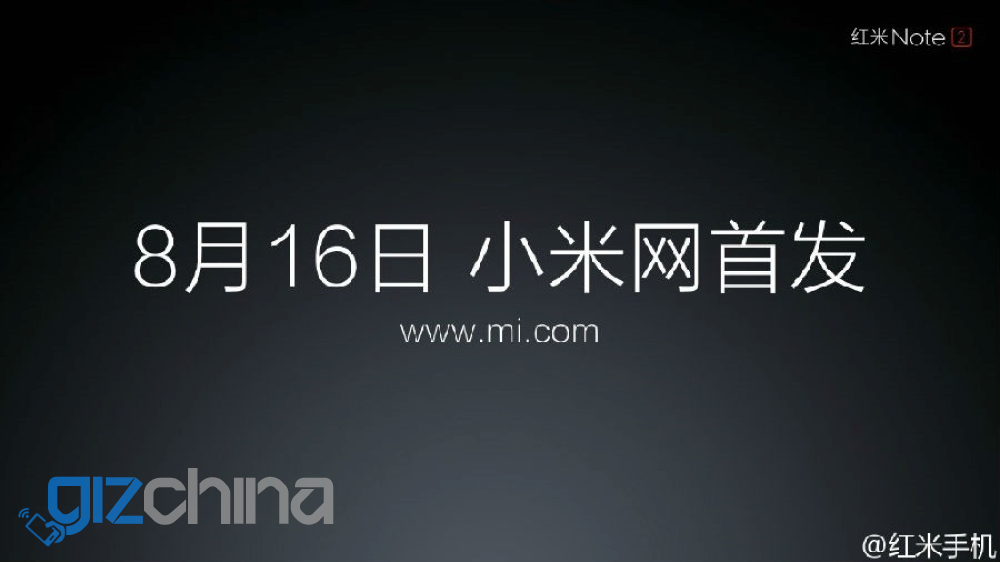 Sale of the Xiaomi Redmi Note 2 will start on the 16th of August in China, shop.gizchina.com will be offering the phone to international customers shortly after.

Next Xiaomi Redmi Note 2 hands on photos and full specifications