As my body clock is all messed up and I have a brand new ZUK Z1 smartphone to play with, I thought I would take this night time opportunity to have a bit of a camera shoot out. Which do you think performs best, ZUK Z1, OnePlus 2 or LeTV Le1?

I always carry around my LeTV Le1 and as I am in the middle of a review I also have the OnePlus 2 with me, so when I was handed a ZUK Z1 when collected from the airport I thought what better time than to have an earlier camera shootout.

The photos below are all taken in the automatic or ‘normal’ mode. No filters or HRD or a night mode has been used. Each photo was shot without a flash too, and the sample I have tonight were shot both inside a hotel at night and around the hotel grounds.

Interestingly the 13 mega-pixel photos shot on the ZUK Z1 were snapped and saved the fastest of all three phones. The LeTV is a close second while the OnePlus 2 comes last. On the other hand the OP2 has the fastest auto-focus (thanks to laster focus), the LeTV once again is 2nd fastest then it is the ZUK Z1. Accuracy of low light focus goes to the OP2, ZUK Z1 in 2nd and LeTV Le1 last. 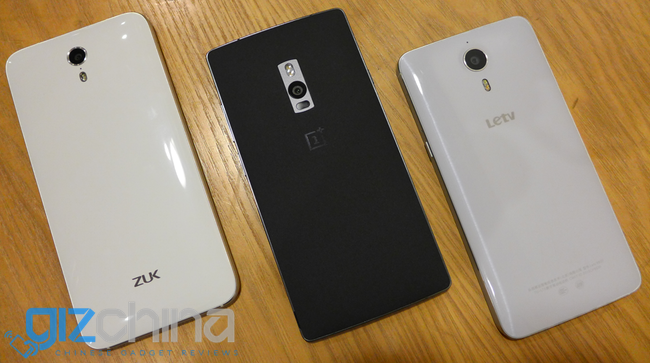 In use they are all fast to focus, shoot and save, and there is only a marginal difference between them, but what about the image quality?

It is also worth remembering that the official final build of Oxygen OS for the OnePlus 2 and the final international ROM for the ZUK Z1 have not been released, so whatever the results are below we can expect for improvements as OTA updates roll out.

Take a look and let me know which ou prefer in the comments below:

So which do you think is best? Which is worse? Or do you think they all have good and bad points? Which phone would you be happy to use as a camera ZUK Z1, OnePlus 2 or LeTV Le1?

Previous Xiaomi MIUI 7: What you need to know

Next Ulefone announce full specs of their Ulefone Paris smartphone