The upcoming Huawei Mate S, formerly known as Mate 7s, gets leaked again. This time a couple of crafty hands on photographs alongside an iPhone 6.

The Huawei Mate S will be officially announced during IFA 2015, in Berlin next month, but there has been no shortage of leaks and spy images of the flagship phone in the run up. The Mate S, which looks like last year’s Mate 7, could also usher in the use of Force Touch displays in Chinese smartphones. 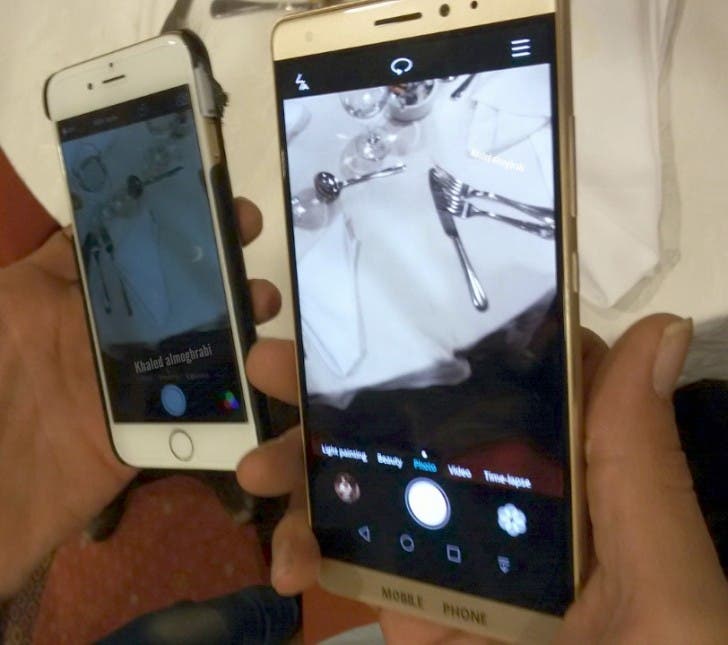 In these spy photos next to the iPhone 6 Plus we can already tell the Mate S is going to be a big phone just like its predessor. It also appears to get the full metal body treatment and we can see a rear-mounted fingerprint scanner and the front sensor and camera matches the positioning on TENAA’s database.

The Information about the processor running the show isn’t clear yet. Some rumours point at the Mate S getting the upcoming Kirin 950, while other rumours suggest the presence of the already available Kirin 935. With the previous reports about the Kirin 950 being available just in the end of this year or even early in 2016, We would guess the Kirin 935 is the most expected here, but don’t rule out the appearance of a 940 though!

A special thanks to Khaled Almoghrabi for the pictures!

Previous Look out Xiaomi, LeTV getting in on the low-cost router action

Next 5.2-inch ZTE Axon Mini stops off at TENAA