Yesterday we reported that the Huawei Watch had appeared on Amazon, and further details point at iOS support.

At this moment all Android Wear products only work with the Android OS and the Apple Watch only works with iOS products, but we might see our first crossover with the official release of the Huawei Watch.

The Huawei Watch aims to be a high-end wearable running Android Wear with the option of stainless steel and gold plated bodies and luxurious leather straps.

Like all Android Wear devices the Huawei Watch will be compatible with your Android smartphone or tablet, but according to details about the wearable on Amazon it will also come with native iOS support too. 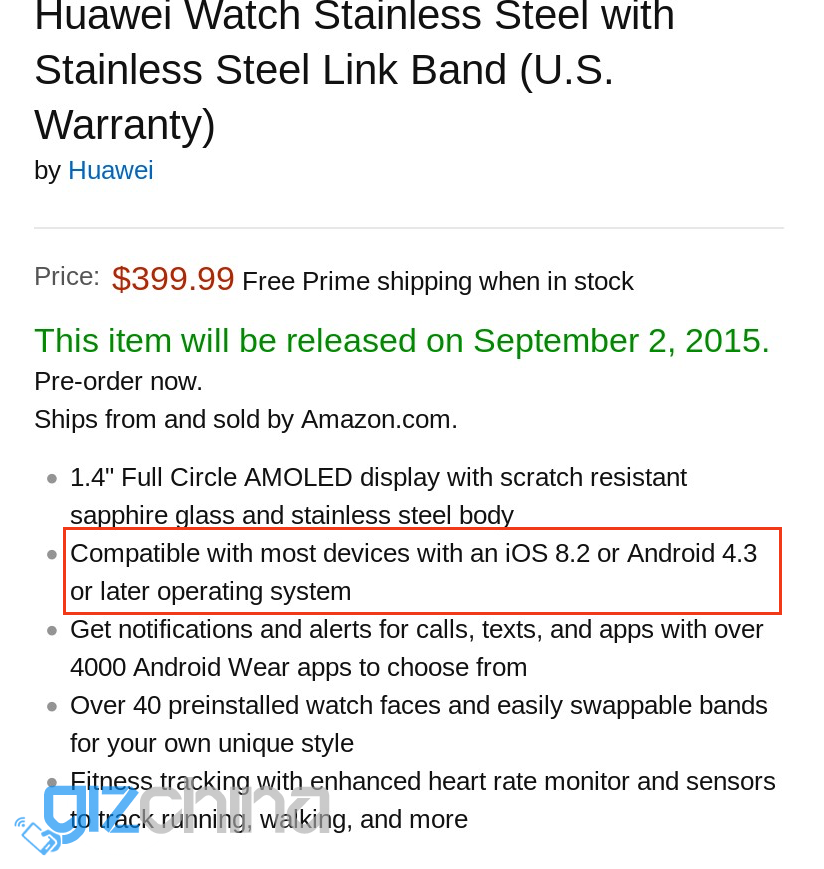 Apparently all iOS device on iOS 8.2 or above will be compatible with the 1.4-inch Amoled wearable, which also suggests that Google will be releasing it’s Android Wear application on the Apple App Store.

Pricing for the Huawei Watch will range from $399.99 to $799.99 depending on the finish of the body and quality of the leather strap.