Siswoo have officially launched the dual screen Siswoo R9 Darkmoon at IFA, with plan of releasing the phone under contract with TMobile in Europe.

Siswoo had an impressive display at IFA, the company managed to get a booth only a short walk away from the busy Huawei and ZTE areas and managed to create quite a stir of their own with the dual screen R9 Darkmoon.

Although we had already been lucky enough to test the phone in private, demo models of the R9 were on display for the media and tech fans alike to play around with. These final models are the same spec as the pre-production sample and feature a Mediatek MT6752 chipset, 3GB RAM, a front 5-inch FHD display and rear 4.7-inch E-ink panel. 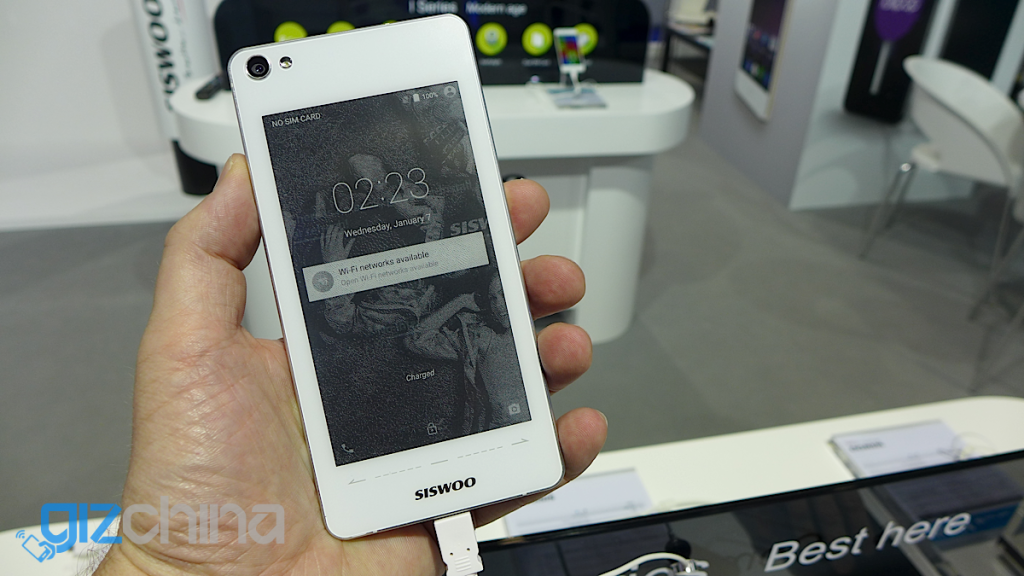 Siswoo only have plans to sell the R9 Darkmoon through contracts with Tmobile, the reason being the high cost of the phone (around 500 Euros), but they did say it is possible to launch the phone for sale via internet channels if demand is high enough.

Previous Oukitel K4000 takes a hammer to the screen and survives

Dual screen flip phone vkworld T2 Plus is out now