I bet you didn’t know that IUNI had a launch event today did you? Well they did and they have officially launched the IUNI N1 and we have all the details of that new phone for you here.

Gionee created the IUNI brand as their rival to Huawei’s Honor and Oppo’s OnePlus, and since starting in the phone market they have released a couple of impressive phones. The IUNI U2 surprised with an amazing camera and solid unibody alloy body, and the IUNI U3 amazed with 2K display, OIS and low pricing.

Today IUNI launched the IUNI N1, but rather than a flagship phone, the N1 is a mid-range model with modest specs and attention to design and affordability.

Measurements for the IUNI N1 are 145 x 70 x 6.3mm with a weight of only 129g. The phone is only available in White for now (previous IUNI phones came in a range of pastel colours) and pricing is only 1299 Yuan. 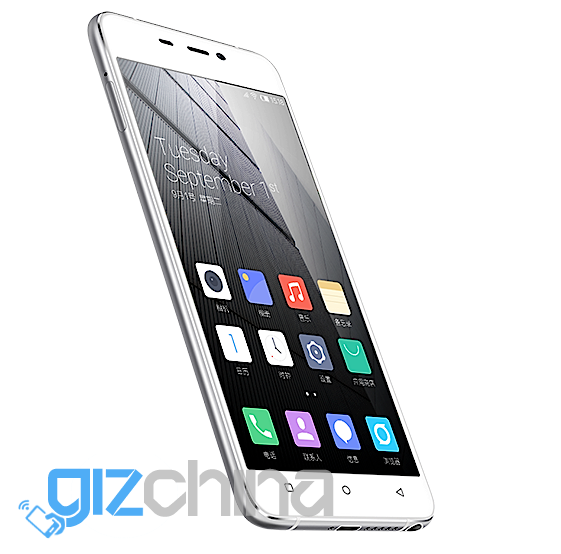 Up front Samsung have provided a 5-inch Super AMOLED panel with pixel density of 296ppi. Driving the screen is a Mediatek MT6753 octacore chipset, 2GB RAM and 16GB storage. It’s good to see that IUNI have listened to customers and have provided room for a 128GB SD card also.

For those of you in the know the Mediatek MT6753 has the potential for “World Mode” LTE, and we have already seen Gionee made hardware launch with U.S LTE connection. Specs for the IUNI N1 don’t delve to deeply in to this though and simple state it has LTE, 3G, and GSM support. Hopefully bands will be announced soon.

The build of the phone is really the main feature of the device. IUNI have ditched a full alloy unibody, and haven’t returned to the plastic rear of the U3, and instead created a beautifully crafted alloy and glass model.

IUNI’s marketing team tell us that the Aerospace alloy chassis goes through 188 processes before finally being finished. The images show us a power button and volume controls on the left of the phone, SIM (dual sim support) tray on the right, and a single speaker and 3.5mm headphone jack in the base.

Glass panels both front and rear are 2.5D glass. If this is sounding familiar then think back to the Vivo X5 Pro we reviewed earlier in the year, expect the IUNI looks to have a smoother transition from the glass to the alloy chassis.

With a narrow body of just 6.3mm battery size is limited to 2400mAh (thanks Lukas), however their website does say to expect 343 hours of standby time and 8.5 hours of internet access (over WIFI or LTE we don’t know).

Again, IUNI aren’t going in to great detail with the camera hardware on the IUNI N1. All that they have revealed is the rear camera is a 13 mega-pixel sensor and front an 8 mega-pixel option. All the usual features including beauty mode are all present and correct though.

Finally DTS audio promises great music playback and a new version of IUNI OS based on Android 5.1 comes as standard on the phone.

So the IUNI N1 isn’t the flagship phone we have seen in the past from the company, and at 1299 Yuan it does seem to be priced high considering their 2K, Snapdragon 800 flagship only cost 1999. That said it is a good-looking phone, and with any luck resellers will be able to keep pricing competitive.

What do you think of the IUNI N1? Is it something you would consider or are you going to wait and see their next flagship phone?