Phone maker UMi are really branching out in to the audio market. Their latest headset is a wireless Bluetooth model named the Voix Blu. Keep reading for the full review.

UMi is the phone brand, but Voix is the brand that UMi release headphones and audio products. The phone maker has big plans for the coming months with their audio line and it begins with the new Voix Blu.

The Blu are a wireless headset meaning you don’t have any wires to untangle before putting them on, there are now wires to get caught and snagged and there is none of that annoying jangling when walking or jogging. 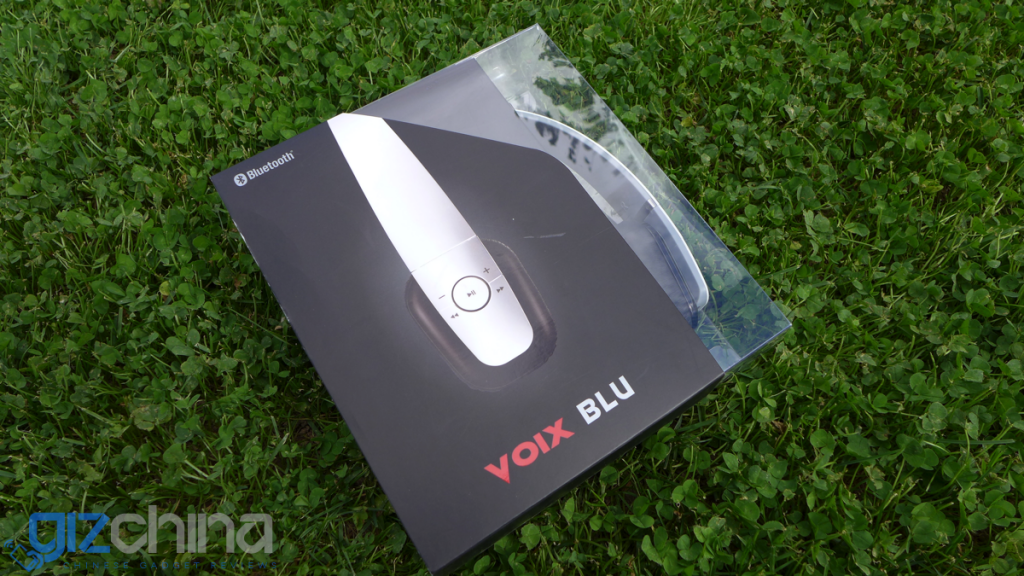 Audio is sent from your smartphone (or tablet) via Bluetooth, and the Voix Blu comes with support for Bluetooth 4.0 + EDR. The low power consumption of 4.0 means UMi claim a 10 hour playback time on the Voix Blu. In terms of phone battery usage that’s a few days of use on a full charge (unless you listen to music continuously through the day and all the way through work/study). 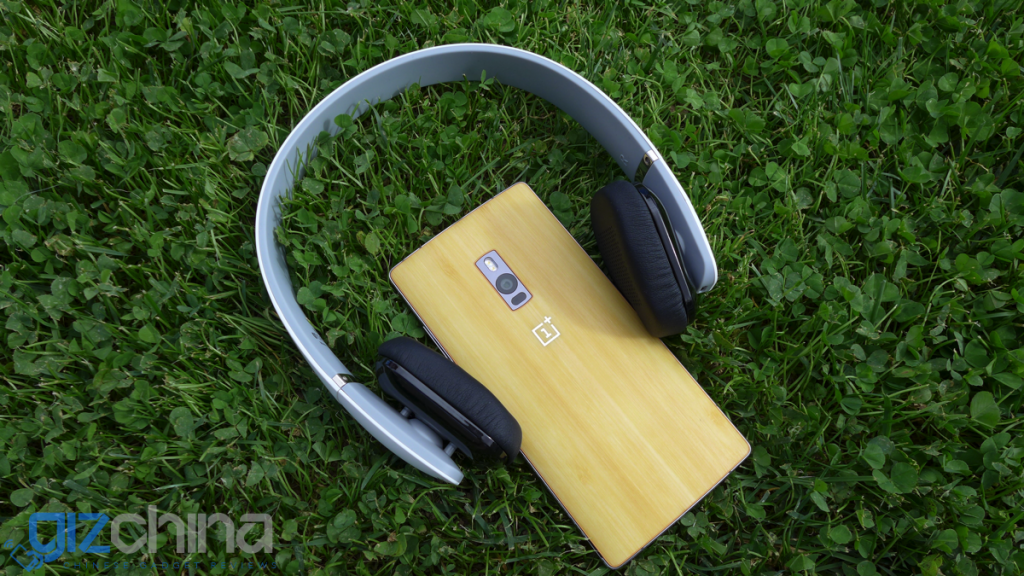 With no wires the designers of the Voix Blu have been able to make a very simple headset. There are no fussy design details, just a simple white band which wraps around your head to keep the cushioned ear pieces in place. 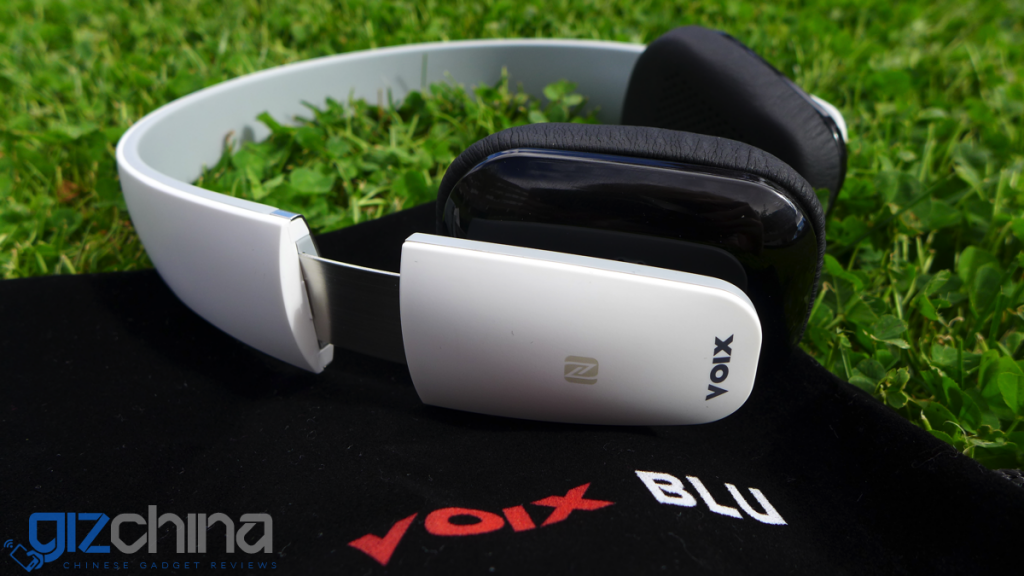 The band has the usual adjustment for those with a large cranium, and on one side there are built-in controls for pause/play, volume, and skip functions. What this means is that once paired with your phone you only need to use the Voix Blu controls for all music functions. There is also a built-in LED notification light which you can use to sync the headphones, and on the sale side a microphone for hands free calling and USB plug to charge the internal battery. 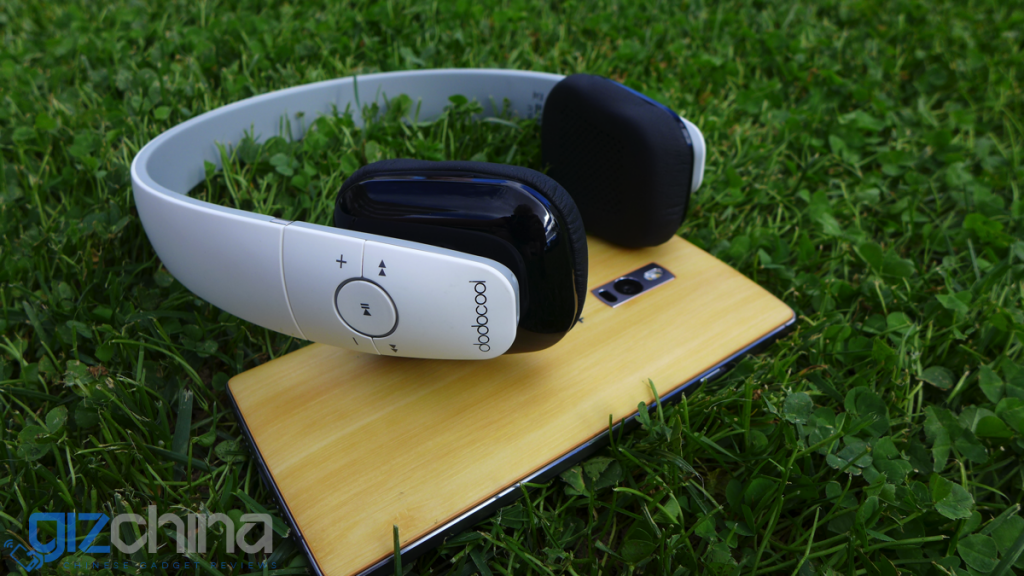 Speaking of pairing you have the option of setting up a new Bluetooth device via the Bluetooth setting in Android or iOS (necessary in iOS) or via NFC. The choice to use NFC is interesting as many current phone makers are skipping the feature, and we can’t think of one current UMi phone that offer this contactless sync method. Still it is there.

Connecting to my OnePlus 2 was a breeze and I am happy to report that Maxx Audio (a very temperamental feature of the OP2) saw the headphone right away and allowed me to adjust my music preference on the fly.

The Voix Blu are a comfy set of headphones, they are lightweight but I would prefer a more snug fit. They feel a little loose at times, but I put this down to owning a thin head and the fact the speaker pads are about half the size of a normal ‘DJ’ headphone, thus offering less contact and friction fit. 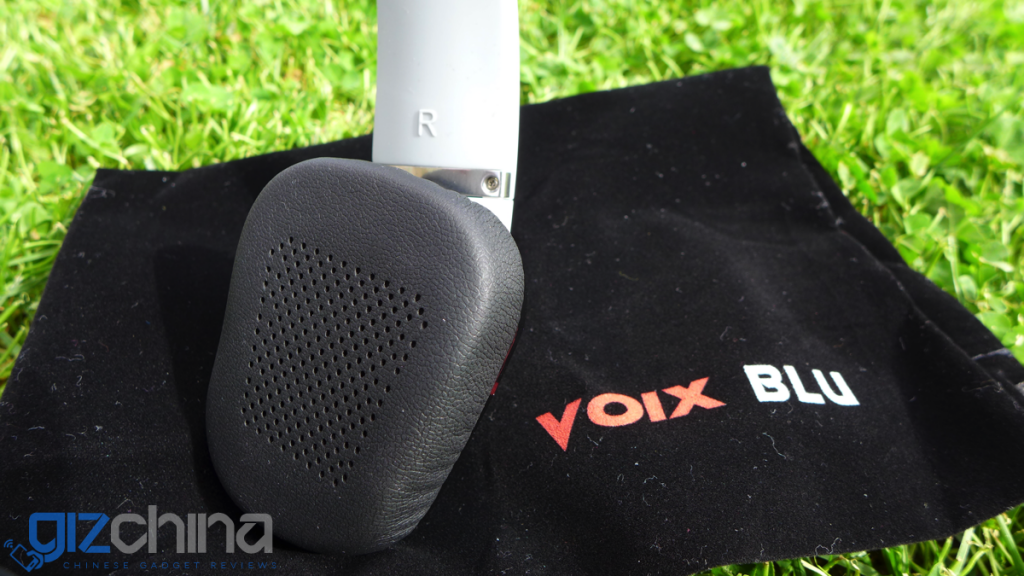 Sound quality on the Voix Blu is good, and if anything a little Bass heavy. As I noted in our Voix ear bud review, I do like Bass (I normally listen to drum and bass) but there are occasions that the Bass is just too forceful and overpowers the rest of what is going on. Tweaking your equalizer can achieve a better balance but it is a trait that is built in to the Blu and will either annoy you or please you.

Audio performance is a really tricky item to review as it is really down to personal preference. Personally I find the Voix Blu good, in the audio department, but they aren’t mind blowing. I don’t wear them and feel emerged in music, but then again I don’t dislike the sound that comes from them either.

To compare I would say that the Voix Blu are better overall than the Voix earphones, put not quite up to the audio standard set by the Xiaomi Piston earphones or OnePlus Silver Bullet (the Silver Bullet sounds very good with OnePlus hardware, the Piston good on almost all phones). 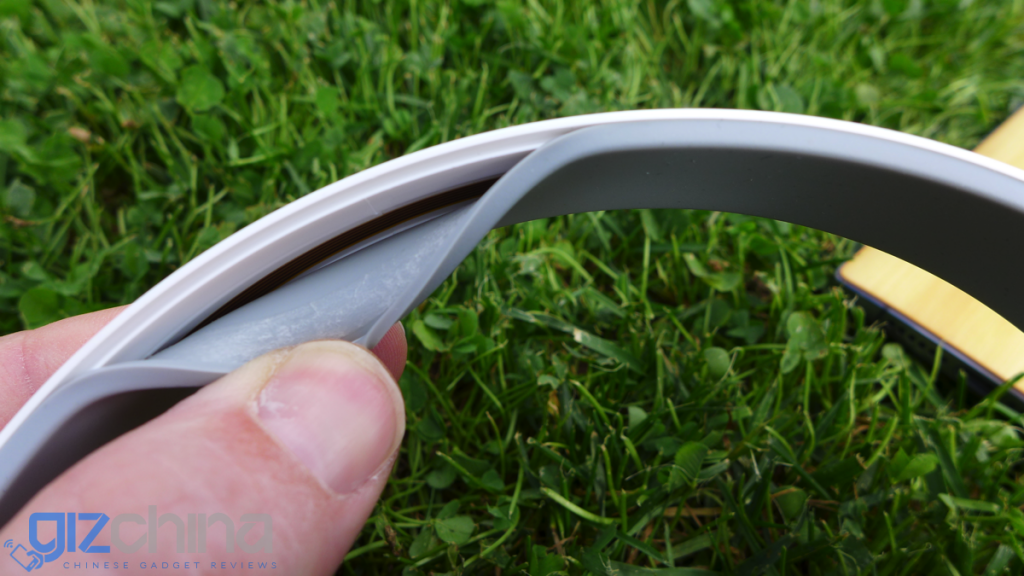 There is one detail that I don’t like on the Voix Blu though and that is the method of retaining the grey rubber strip of the underside of the main structure of the headphone band. This rubber strip is held in place by small channels and double-sided tape. It easily comes away without much effort, and after a few weeks in the sun, and sweat of Spain that simple tape solution isn’t up to the job.

The real question comes down to the price of the UMi Voix Blu. Regular pricing see’s them at $49.99, which is odd considering the LeTV LeME EB20 are basically the same only with additional colours and cost just $24.99. If you are really set on the Voix Blu I would shop around and pay no more than $30, if you are happy to pay more take a look at what other options are on the market first.