Got a JiaYu S3 (3GB + 16GB)? Then you will most certainly want to head over to the JiaYu forums and download the official Android 5.1 update!

JiaYu released the JiaYu S3 at the beginning of the year. The device was one of the first to use a 64bit Mediatek octacore MT6752 chipset, and came with all the usual great hardware we have come to expect from high-end JiaYu phones.

Since releasing the 5.5-inch S3, JiaYu have been a little quiet, but today has been quite an eye opener for anyone following the Chinese phone maker. Along with news of the JiaYu S4, and a mystery $30 phone, JiaYu have also officially released and official Android 5.1 ROM for their flagship. The new ROM is a final build and only added to the JiaYu forums yesterday (17th September).

Updating your JiaYu S3 means downloading the system and performing a manual update, but everything you need to do so has been provided on the JiaYu forums.

The update brings optimizations to the following; 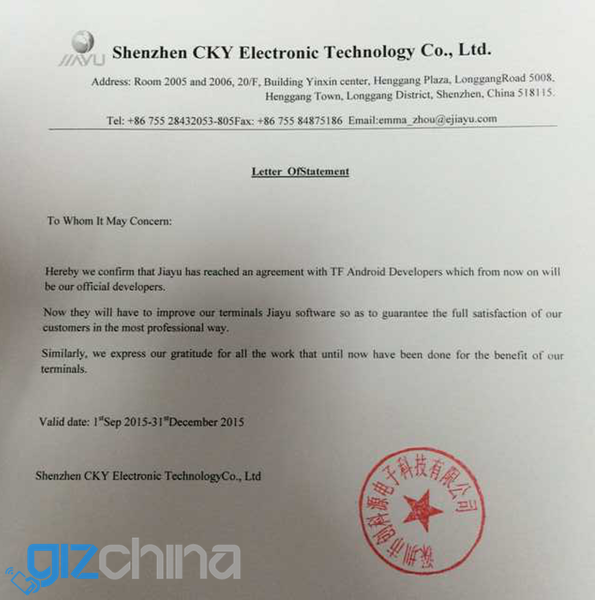 JiaYu also announced today that they have a new ROM partner who will work on upcoming JiaYu phones. TF Android Developers have signed a cooperation with JiaYu to bring updates and ROMs to JiaYu phones. What they have planned (more stock ROMS or a custom ROM?) we aren’t sure, but to see JiaYu taking development seriously is a great sign.

Previous JiaYu's November release will be a $30 smartphone

Next UMi Fair, aka the budget fingerprint phone, will launch 25th September