Part of what makes a Meizu a Meizu, is the traditional ‘Meizu Shape’ and the use of the companies’s own Flyme ROM based on Android. These leaked images show one of those ingredients, the shape is similar to the current Meizu MX5, but Flyme is doesn’t make an appearance.

This leaked version of the Meizu Pro 5 appears to be running a stock Android OS. That’s not to say that Meizu are planning to launch a pure Android experience on the new flagship (although it could be a nice option) and more likely we are looking at an early prototype of the phone. 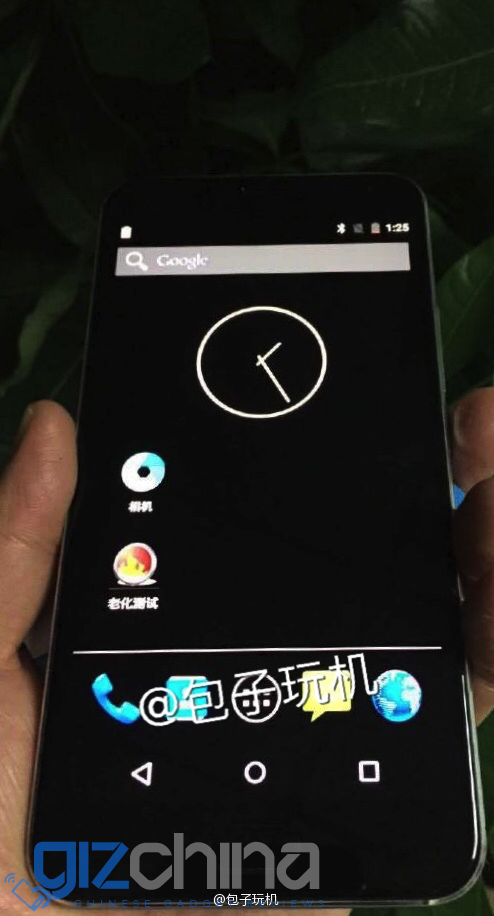 Paying closer attention to the design of the Meizu Pro 5 we can make out a curve to the glass on the phone, proving rumours of a 2.5D glass display accuracy, and a unibody alloy shell is in play too.

A partial image of the rear of the phone could easily be from the Meizu MX5. It shows the same alloy design, large camera lens and familiar LED flash/Laser focus found on the Mediatek powered phone.

From earlier reports Meizu are expected to release the Pro 5 with a 5.7-inch 1920 x 1080 display, 4GB RAM, Samsung Exynos 7420 chipset, 5 mega-pixel front camera and 21 mega-pixel rear. We have also learned that the Meizu Pro 5 will have fast charging and could cost as much as 3000 Yuan once officially released next week.

Next UMI's Hammer S will be in stock next week!