I have been fortunate enough to be using the 6.33 inch LeTV Le Max phablet for a few weeks now, so what is my verdict? Do I love it as much as the Le 1? Find out in my LeTV Le Max review.

The LeTV Le Max (also known as the LeTV X900) is the 2nd LeTV phone I have been lucky enough to review. This time around though it is LeTV in the U.S who hooked my up with the review phone (thank you very much), so after weeks of use how do I feel about this flagship powerhouse?

The LeTV range of phones all have a similar, distinct, look and design to them. From the entry-level LeTV Le1, all the way up to the huge Le Max, each model looks very similar from the front and sides.

Right away you know you have a LeTV phone in front of you as soon as you see it. The design language is exactly the same as the Le 1 and the Le 1 Pro with narrow bezels, black screen border and minimalistic upper and lower chin areas. 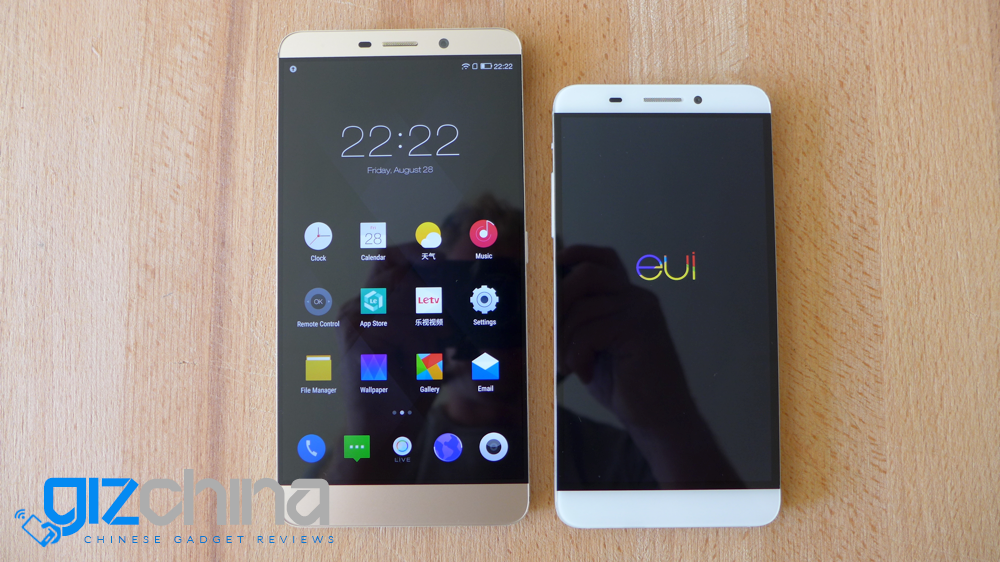 Of course in the case of the LeTV Le Max, everything is super sized to make way for the huge 6.33 inch display. Large 6-inch+ displays were everywhere a few years back, and after a short break away from the marekt they are making their way back. Compared to large screen phablets of yesteryear, new generation models have super high resolution 2K screens to make viewing content pure joy. With a 2560 x 1440 resolution you are looking at a pixel density of 464ppi, more than a 5.5-inch FHD phone. 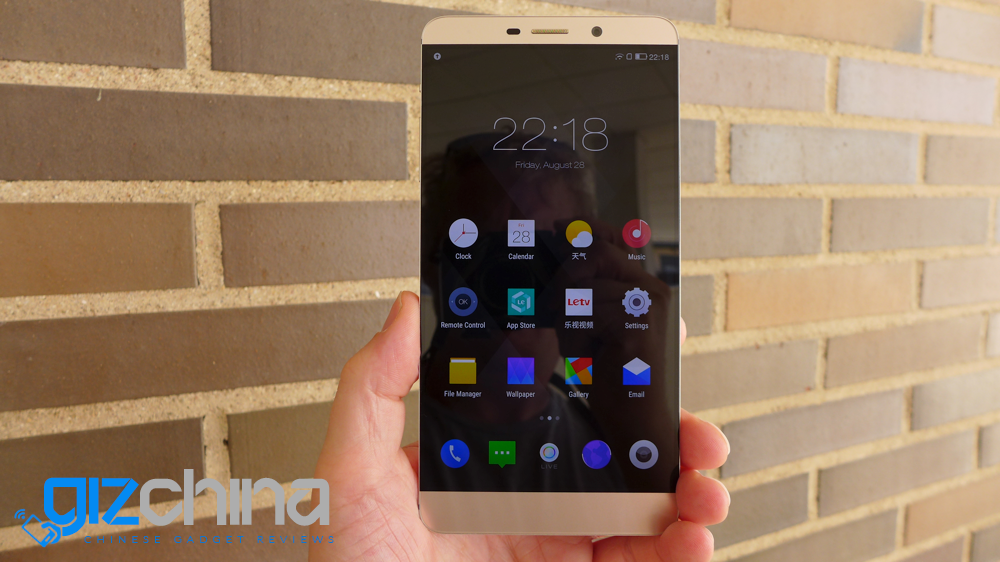 While the large screen makes the phone great for content, it also means that the physical dimensions of the device are massive. The Le Max measures in a 167.1 x 83.5 x 8.95mm at a weight of 204g. That’s much bigger and heavier than a lot of phones, but due to the size of the device it feels quite light-weight in the hand. 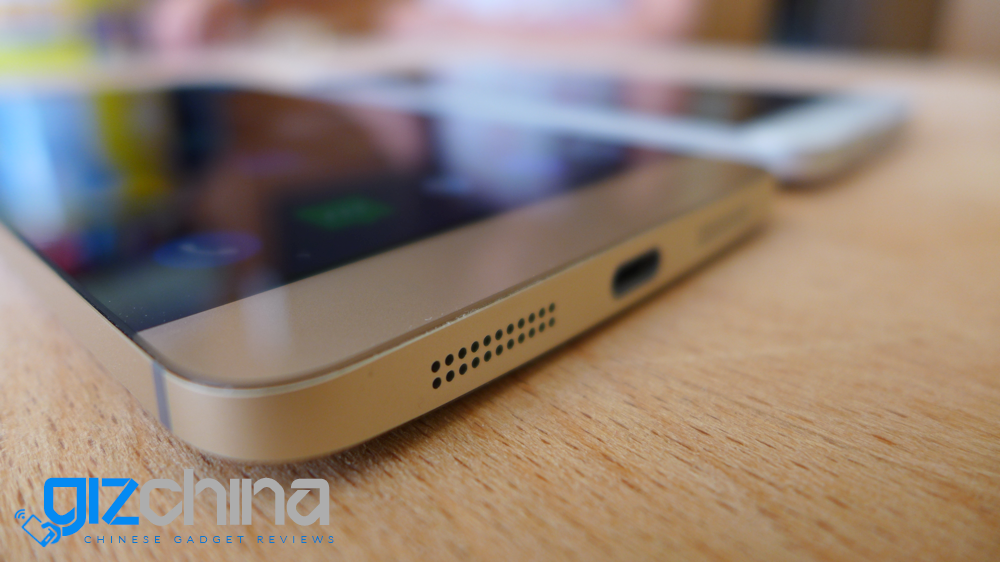 The thick 8.95mm body means that there is plenty of room for dual speakers, USB Type C, dual SIM tray, IR blaster, power button, volume rocker, and notification switch around the sides of the phone, but it also means it is quite (literally) a handful to hold. Although LeTV have made design changes to make things easier (moving the power button to the middle of the phone for example) you are never going to feel comfortable using the LeMax one-handed uless you have huge Basketball Player hands. 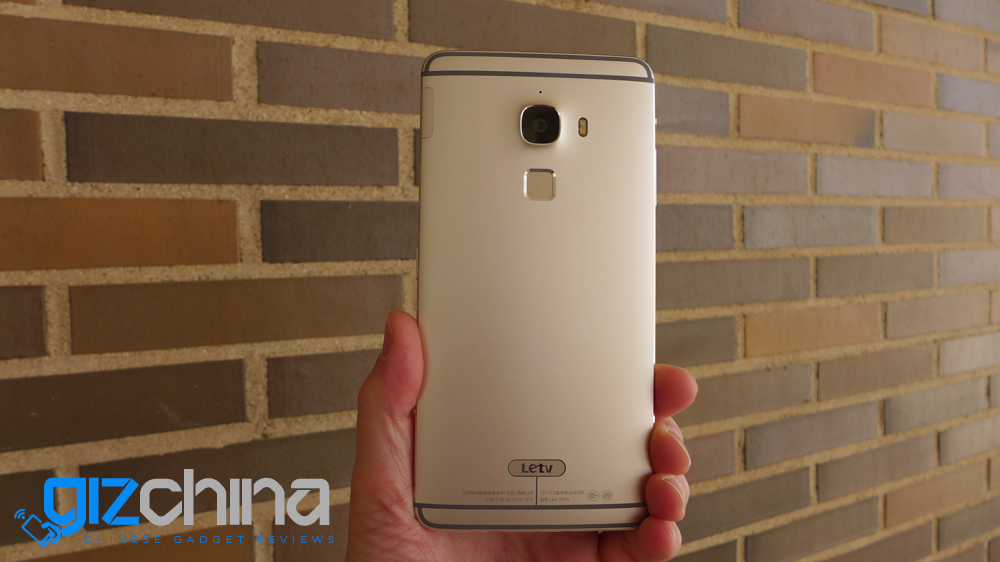 Flip the Le Max over and we see more of the alloy unibody design. Unibody construction means a phone can be more solid, lighter and thinner than a traditionally built phone which can mean a larger battery, but in the case of the Le Max we have just a 3400mAh cell inside. In comparison, the 5-inch 1920 x 1080 Xiaomi Mi4c has a 3020mAh battery and 5.5-inch 1920 x 1080 ZUK Z1 has a 4000mAh battery. For the Le Max to be so big and have such a small battery is a surprise, and we can only assume LeTV opted for this to keep the weight of the phone down.

Externally the rear of the Le Max it is clear to see the iPhone 6 Plus provided a little inspiration. We can also see the LeTV logo, fingerprint scanner, dual tone LED flash and lens for the 21 mega-pixel F2.0 Sony IMX230 rear camera. Speaking of the camera, the lens protrudes slightly making the LeMax even thicker. 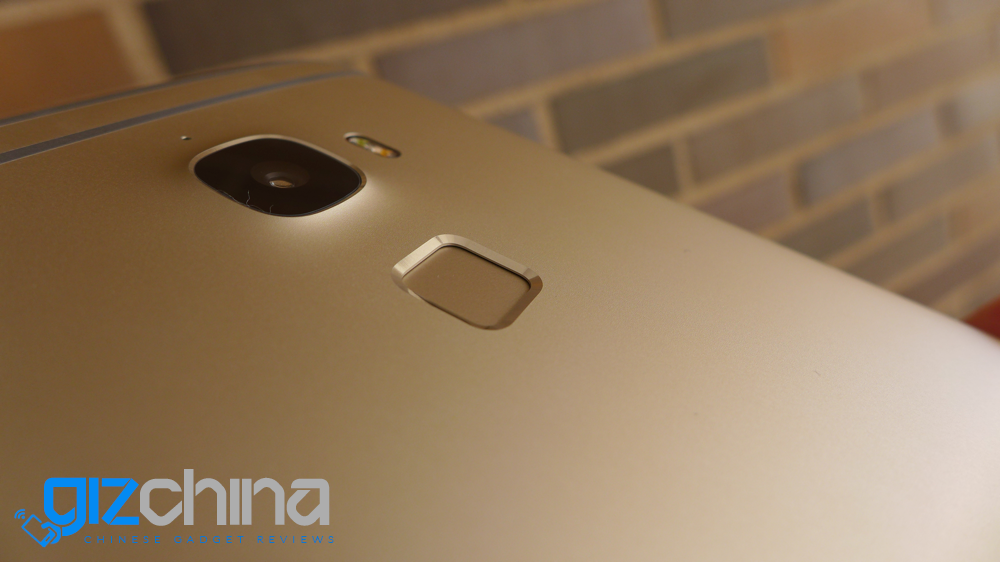 In terms of build quality and overall look, the LeTV Le Max is a stunning example of a flagship Chinese phablet, however it is just to damn big! I can get on board with the 6.33-inch display, but why do we need a 8.95mm thick phone when such a small battery has been used? And why was it not possible to make the rear camera fit flush with the body?

With an overall width of 83.5mm and a thickness of nearly 9mm, the Le Max isn’t only just too big for most people to hold comfortably but it is also quite tricky to find a pocket where you can easily stow it. While it does fit in a jeans pocket (just) it is much better to keep the phone in your bag, but then it’s not convenient to get at while walking around town.

In my opinion I don’t think LeTV have designed this as a phone made to be used outside as a main device. I feel that they have designed this to be a content viewing product that also happens to have call features. This would explain why they felt they don’t need to make it so compact and also helps to explain the small battery as you will never be too far from a mains socket.

Stunning! The display is stunning! It’s clear to me that LeTV have designed the Le Max for content consumption and while it is hard to justify a 2K panel to everyone, it’s hard not to be impressed by the beauty of this screen.

The clarity, speed and colour reproduction of the 6.33-inch panel is fantastic. Playing games and watching movies is a visual feast! Having a panel of this size is immersive, you can enjoy fine details and clarity that you just can’t experience on other phones.

Like many other phones of this year, the Le Max does have black borders around the main touch area. They measure just 1.6mm, and don’t detract from the design.

The LeTV Le Maxi is a powerhouse. The phone uses a Snapdragon 810 chipset, with Adreno 430 GPU and 4GB RAM for astonishing gaming performance. Those specs are similar to the OnePlus 2, so it comes as no surprise that it’s a great performer.

Performance is just something you don’t need to worry about on the Le Max, this phablet will handle anything you throw at it. If you are a heavy gamer of hardcore titles then this is the set up for you. An amazing screen, and killer performance.

LeTV made sure the LeMax was a feature packed device and have loaded it with a ton of hardware items that will aid your content consumption and improve the experience. As the phone is meant for movies and gaming the minimum amount of storage is 32GB, there is also a 64GB version available too and even a massive 128GB version. With that 2560 x 1440 display and support for 4K wireless HDMI, you are going to want the most storage available too you so you can load up on ultra high-definition content.

Plug in earphones and you will get goosebumps! The audio is addictive!

Audio is another area that LeTV have taken very seriously. I have already been impressed by the audio on the LeTV Le 1 but the Le Max takes it to another level. The LeMax features “Le Hifi” and dedicated LeTV-HQ7A chip and low-dropout linear regulator. Basically all this does is reduce background noise and distortion leaving you to concentrate on your music/movie.

Read Also:  Best Smartphones For Students: What Models Do Students Look For In Summer?
Join GizChina on Telegram

Music through the external speakers is incredible! This is simply the best phone I have ever used for playing music through the built-in speakers. Plug in earphones and you will get goosebumps! The audio is addictive! For this alone I don’t want to send the Le Max back. 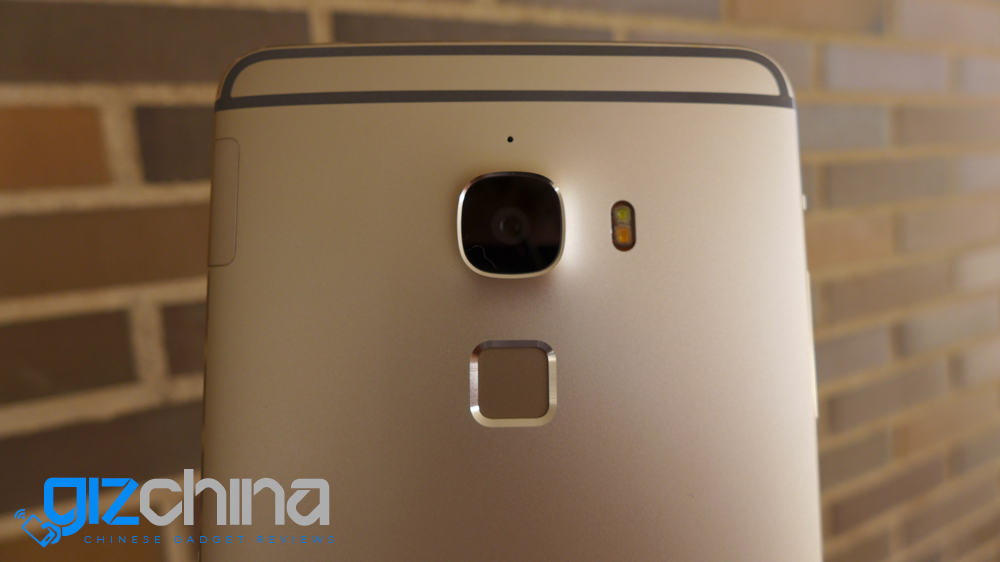 A fingerprint scanner on the rear of the all metal phone keeps your data safe and secure and as you would expect it works flawlessly. Speed of recognition and unlock is uber fast, especially as this is a single touch unlock feature, meaning one touch will wake and unlock the phone (other device require the phone to be woken then unlocked making it a two-step process).

Now, let’s focus on the Elephant in the room, just how good is that 3500mAh battery? In all honesty I was expecting it to be terrible. A powerful chip, a lot of RAM, and huge high-resolution display seems like a recipe for battery disaster.

As the Le Max is designed for content consumption I tested the phone playing music videos from YouTube over WIFI through headphones. with screen brightness at half. With this as the main process and email and social apps running in the background I was getting just over 4 hours of screen on time. This is indoor use with WIFI only.

Using the phone as a daily driver I got well over 24 hours of battery life from a single charge, but the sheer size of the phone means I don’t use it as often as I do the OP2 or Le 1. The bulky Le Max spends most of the time in my backpack. It’s a pain to have to keep fishing it out every time you want to use it, but that’s the only comfortable way to carry it.

The rear camera on the Le Max had me really excited. The sensor is a Sony IMX 230 21 mega-pixel camera with an F2.0 aperture. But in use I don’t like it all that much, and I much prefer the IMX214 on the Le 1, or more accurately the wider lens. 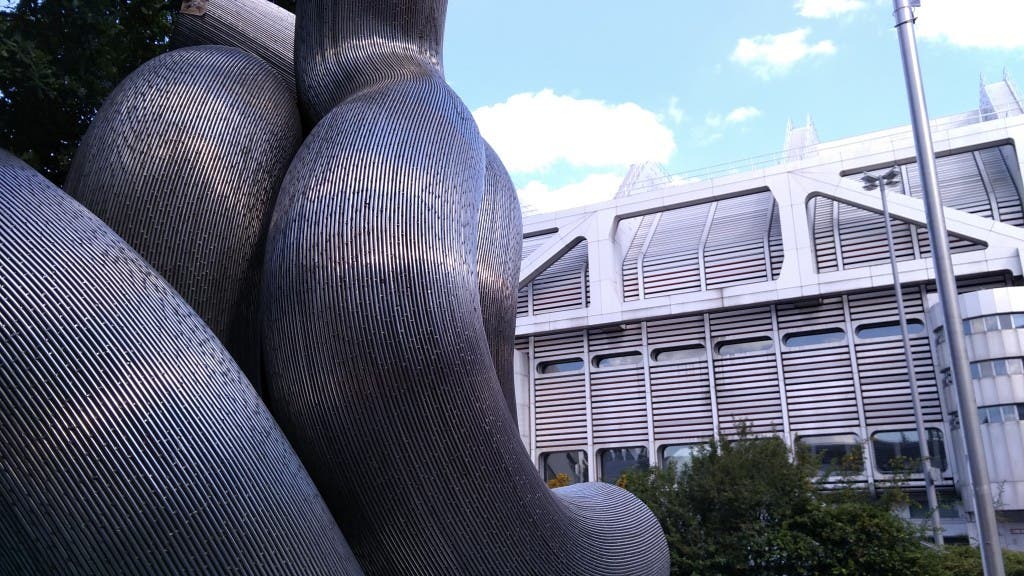 My main reason for disliking the camera is the narrow angle of the lens. Taking a photo with the Le Max feels like you are stood right next to your subject and you end up missing details that frame the picture. The only way around this is to physically take a few steps back to get more in frame. 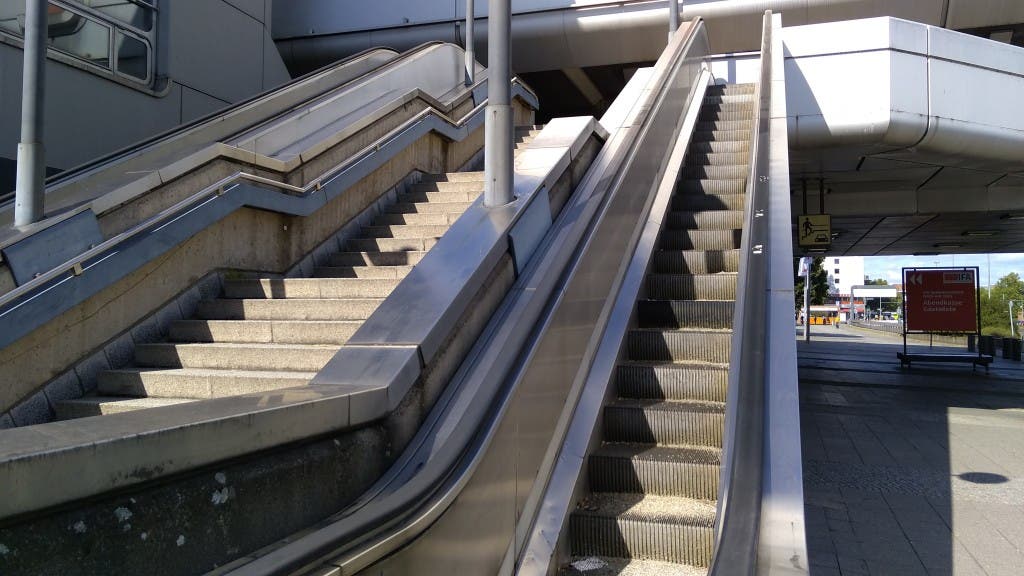 Using the Le Max alongside of the Meizu MX5 and OnePlus 2 while in Berlin, I soon gave up on the Le Max. The OnePlus 2 and Meizu are able to capture more of a scene with their wider lens, but also the size of the Le Max means it just wasn’t comfortable to take photos with.

The sensor is feature packed and is cable of 4K video, slow motion etc, but the narrow angle lens is just a nightmare. Even without the lens issue camera performance doesn’t seem stable, and the sensor on the Le Max still needs optimisation. It reminds me a lot of the Meizu MX4. It is a capable shooter, it just needs more time to set up the shot.

What I love about the LeTV Le Max is the beautiful display, wonderful all alloy build, insane performance and audio features. What I don’t like is the rear camera lens, and the physical size of the device. I am 100% sure the LeTV could have made the Max thinner and more comfortable to handle, it’s not like they need the bulky body for a massive battery, and why they have made the camera protrude I just don’t know.

If you love music, video and gaming then the Le Max is still a really amazing prospect, the audio alone is so mind-blowing that I would buy the phone for myself if it wasn’t for one simple fact, the Le Pro. LeTV already have the Le Pro with the same hardware, the same killer audio specs, but in a more compact design that I could actually use everyday.

Although I still use my OnePlus 2 as a daily driver, I am not at all impressed with the audio on it, so if the Le Pro can deliver the same performance and audio as the Le Max I might make the switch, my only concern is the camera.

Thanks to LeTV for sending me the Le Max for review (which we won’t be keeping) and for anyone wanting to buy any of the LeTV phone range you can do so through Shop.GizChina.Com.

Next More info (pricing, specs and availability) about the OnePlus mini leaks