ZTE’s Nubia wing just sent out a teaser for the Chinese audience via Weibo a little while back. The teaser is believed to be for the launch event of the Nubia X8, first about which we heard back in May.

The image that Nubia sent lists a date — 15th October — which could well turn out to be the day the Nubia X8 launches. Besides that, a handful pictures of the phone have leaked too.

In this day and age, every smartphone will have to have something unique on offer if the makers have to make a profit selling the device. In this case, the X8 has touch-sensitive buttons on the sides to control volume, which is something we haven’t seen before.

People usually like their hardware buttons to be as ‘clicky’ as possible, so I’m not really sure how well this idea of touch-sensitive buttons will go down with that section of the audience. 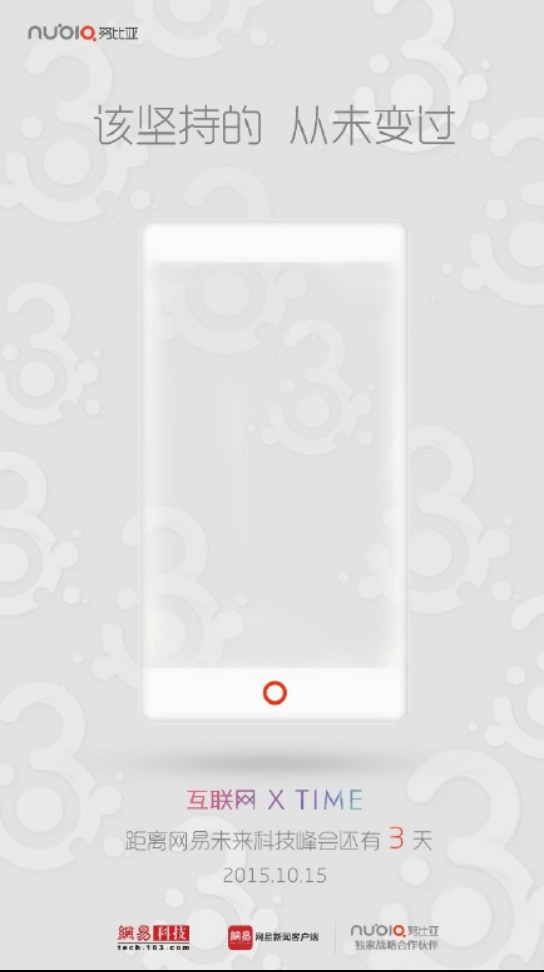 Nonetheless, like more Nubia phones in the market, the Nubia X8 looks like a phone that will demand a second look also. The teaser shows a bezel-less device… but with almost every other OEM talking bezel-less phone, we’ve learnt how to tap our trust with such claims.

The trademark (literally) halo around the home button is, for a change, believed to have fingerprint tech embedded inside it. Besides that, 4GB of RAM will make the Nubia X8 another flagship.

Previous Renders of the ZUK Z2, another rotating camera concept?

Next Blackview release timeline for product launches, 2 phones this month