After the impressive U10, Oukitel have announced the new K6000 which, true to its name, will have a 6000mAh battery.

It is very clear that the battery is the phone’s USP. Not only is it large in capacity, but Oukitel also mention that it works with 9V/2A charging which should be more of a necessity than luxury with the large sized battery.

No other specifications have been revealed besides the battery. Oukitel however did share a press render of the phone which shows a design language similar to some of the OPPO phones we’ve been seeing lately… minus the thickness factor, which is understandable given the thick battery the chassis houses. 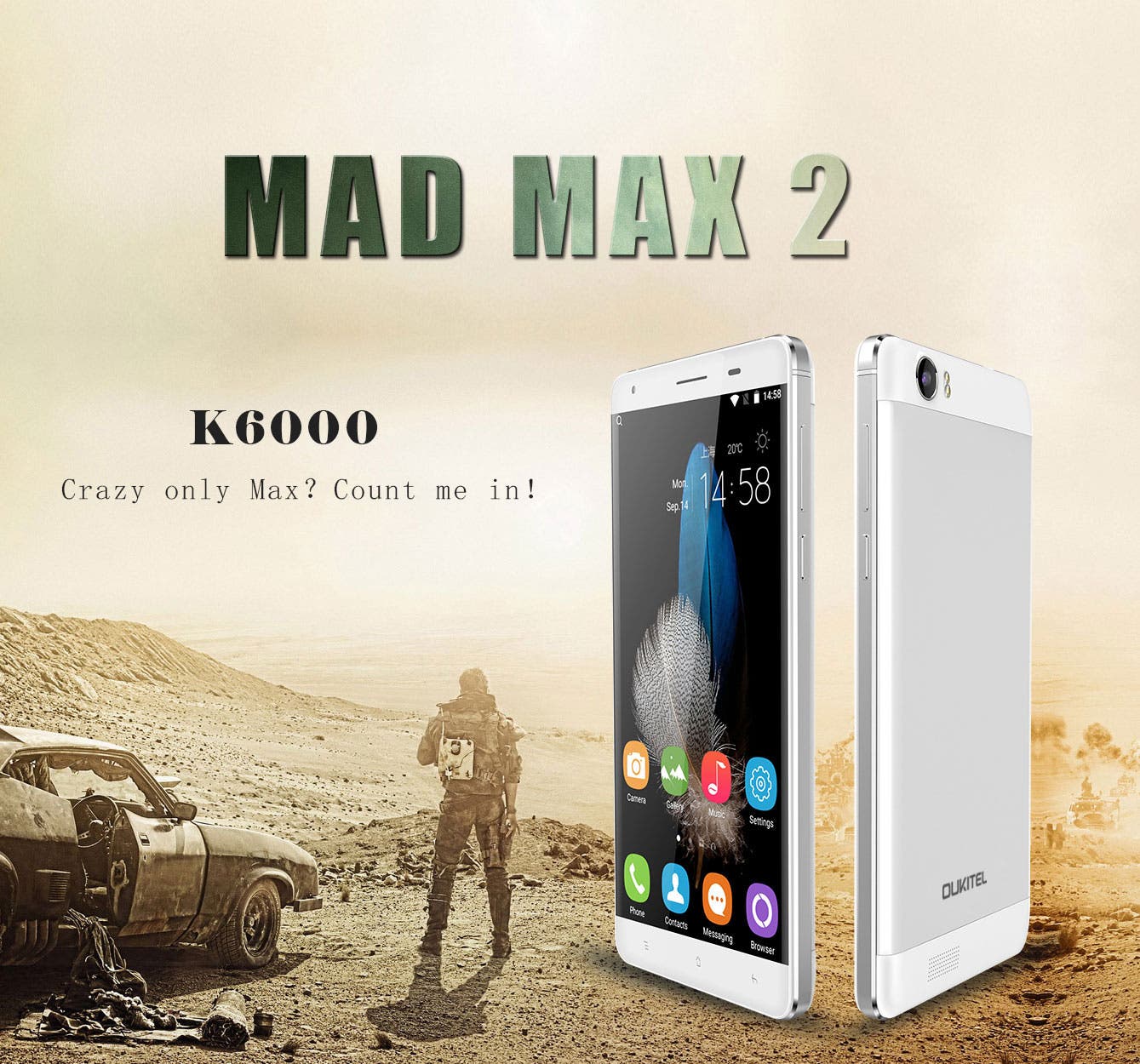 Naturally, the company is making tall claims about the K6000’s battery. Here’s what the company claims the battery can do:

5 minutes of charging will give you 2 hours of 2G talktime with the 9V/2A fast charging the phone employs, which is again something that could come in handy in emergency situations.

There’s no word on pricing thus far, but a device such as the Oukitel K6000 should be around US$160… what do you think? A lot will also depend on the remaining specs, naturally.

Previous OPPO R7s will have a 4GB RAM variant

Next Oh heck! Not another new budget Meizu!