Gionee’s Elife E8 has been around for a while, but it was only late last week when it launched in India that I got to spend time with the rather bulky phone.

Gionee bet big on their entry-level phones, which I’ve been told do extremely well in offline-first markets in India. The higher-end market still doesn’t have as much Gionee in it as its bosses would’ve liked, which is why the company is striving hard to make a name for itself there.

Coming back to the Elife E8, the device had a lot to live up to after the camera antics of the Elife E7, which is still regarded as one of the best camera phones on the market (and it’s really cheap now). Between the Elife E7 and the Elife E8, the tech world saw a lot of improvements, mainly on the screen and camera departments, which Gionee had to include if the Elife E8 had to be a flagship… and they did. 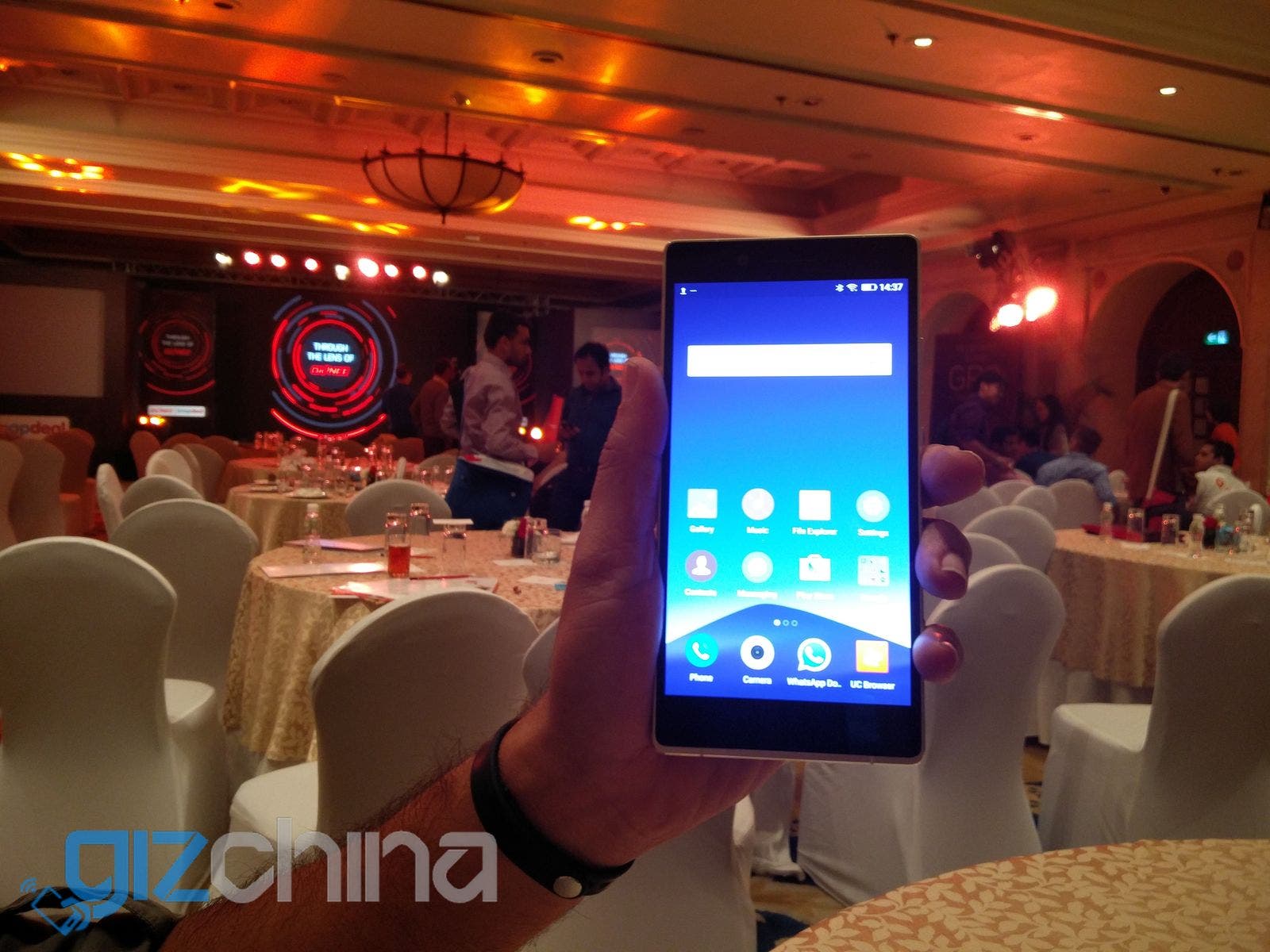 The Elife E8 has a massive 6-inch 2560 x 1440p display, 3GB of RAM, a MediaTek Helio X10 processor, 64GB on-board storage with a microSD slot for further expansion and a 3500mAh LiPo battery. But if you do buy the Elife E8, it’ll be for the 24 mega-pixel rear camera with PDAF and dual rear flash, and the 8 mega-pixel front-facing camera with autofocus. 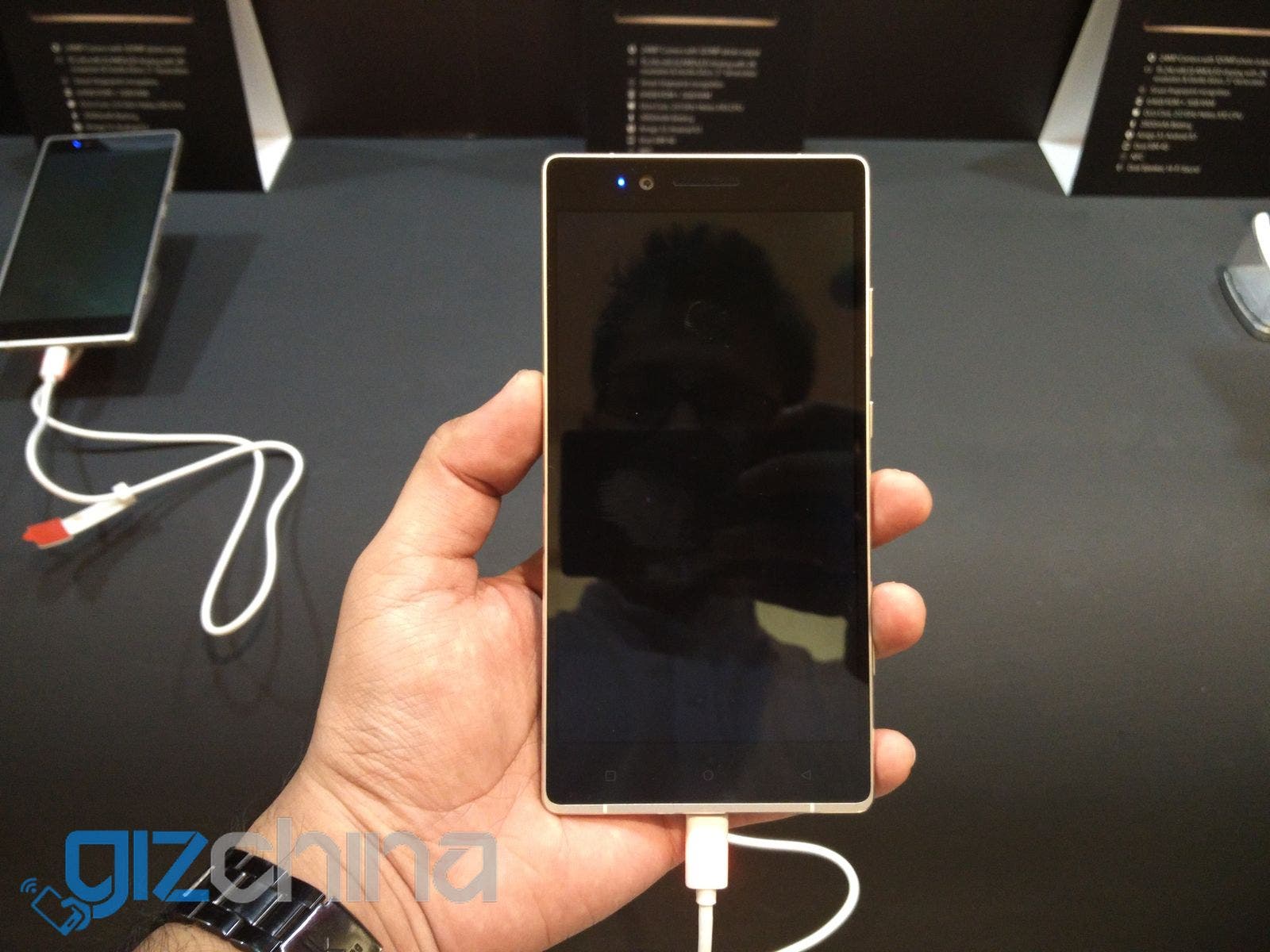 In my short experience with the phone, I found it to be rather bulky (mainly for the size, not the weight) but fairly well built. The golden colour seemed a little too much to go with the already massive size of the device, but then that’s venturing into subjective territory. 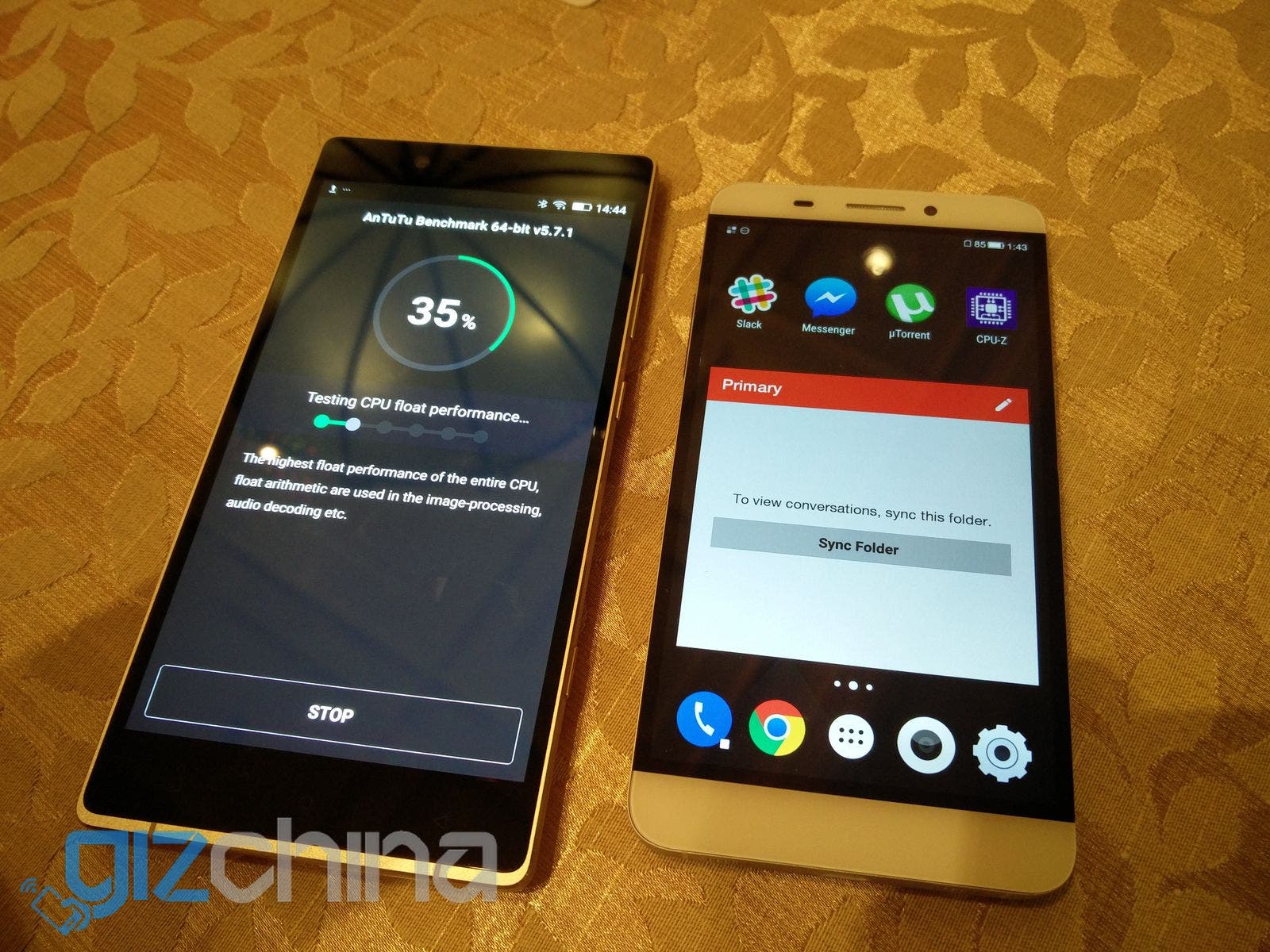 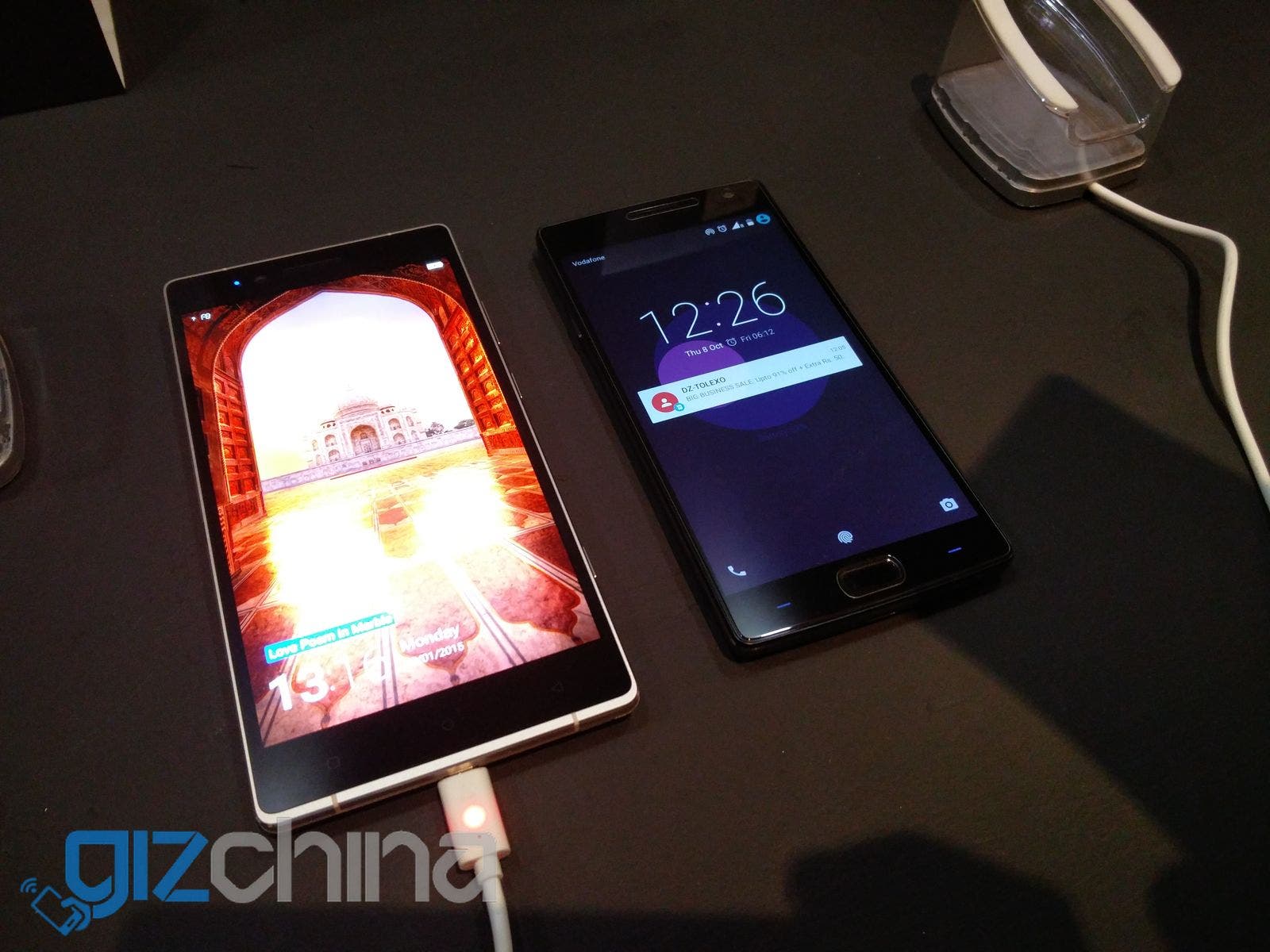 Gionee Elife E8 and the OnePlus 2

Moving on, the display seemed crisp and enjoyable with brilliant viewing angles. If you ask me, 6-inch is when a 2K panel makes most sense on a phone; more so than 5.2 or 5.5 inches. Because I remember when I first used the 2K OPPO Find 7 (5.5 inch display), it troubled my eyes for a bit… which did not happen with the Elife E8. Of course, higher pixel densities are always great, but then there’s the concept of keeping the picture natural.

Flipping the phone over had me face to face with the camera, which is surprisingly austere looking for what its worth. I didn’t get the chance to use the phone outdoors and in daylight, but in the artificial lighting of the launch arena, I felt the phone performed brilliantly. Of course, Gionee has thrown in a couple of software tricks to help with low light, which will sometimes leave a bit of a hue (maroonish-pink in my case) on the picture. Other than that, the Elife E8 left me wanting… not with the picture quality, but with the time I got to spend with the phone.

Aspects such as battery, performance, etc. will be tested once we get a review sample (which I hope happens soon), which is when we’ll also be posting a tonne of camera samples. Till then, you’ll have to make do with the one below. 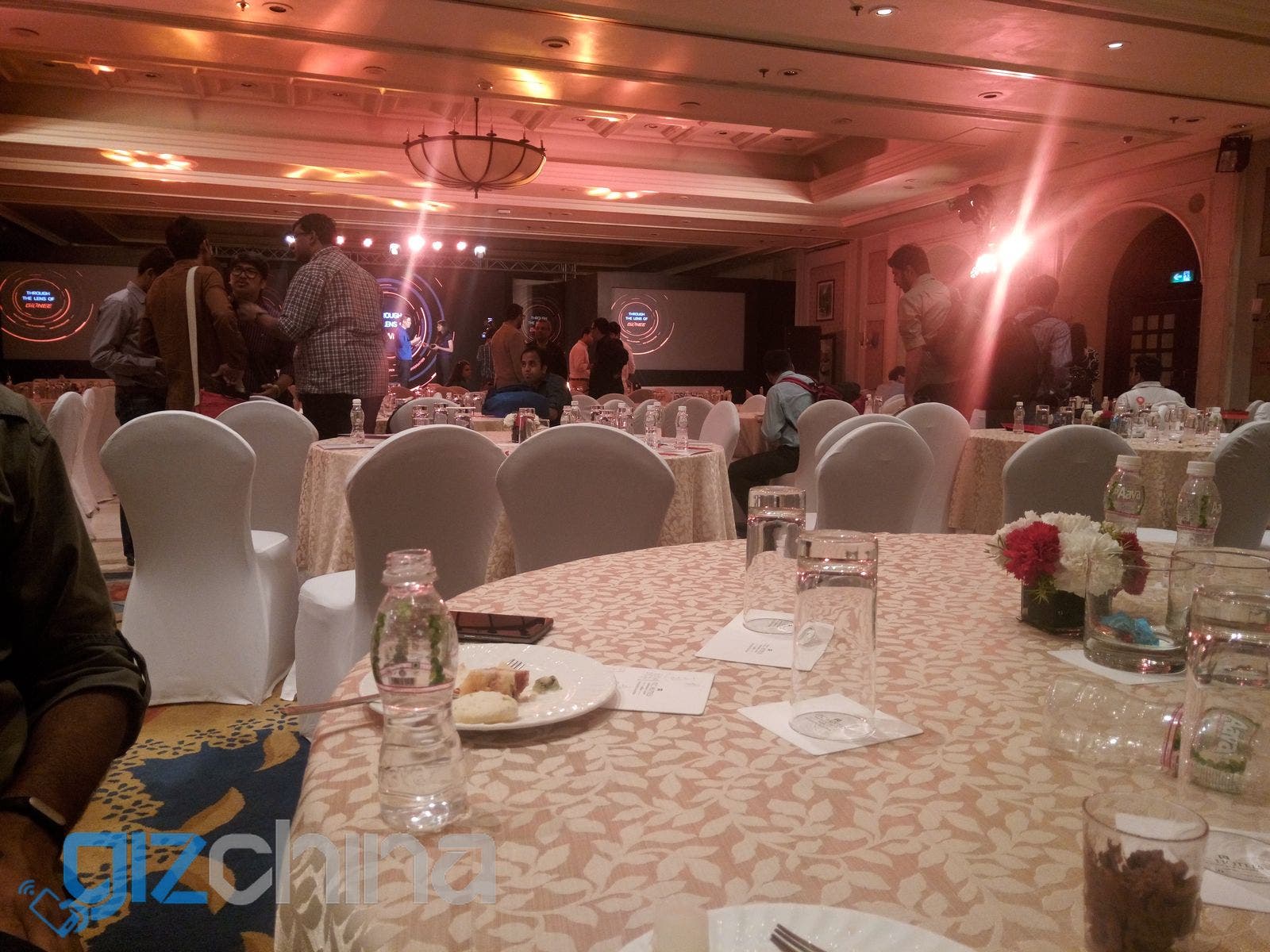 Next Letv India start their marketing campaign with a giveaway