In surprise news yesterday, Xiaomi told the Chinese mobile community that they have a launch planned for the 19th October. Today’s teaser for the event pictures a traditional SLR! What does this mean?

Xiaomi have never been shy to release new and innovative products, the strategy has seen the brand release a number of useful “Xiaomi Gadgets”, smart home products, action cameras, and even bags and clothing. This diverse range means the Beijing technology company are always making headlines and are constantly increasing their user base, so which market will be attempt to conquer next?

Today’s teaser, for the 19th October launch event, shows the lens and camera body of a SLR camera along with the text “It is better to have the lens and body separate” (not a word for word translation but the same meaning).

The obvious conclusion that many have jumped to is that Xiaomi could unveil a digital SLR camera on the 19th. DSLR cameras are hugely popular in China, so the market is there, but we are not convinced that even the might Xiaomi can create an effective low-cost camera solution. 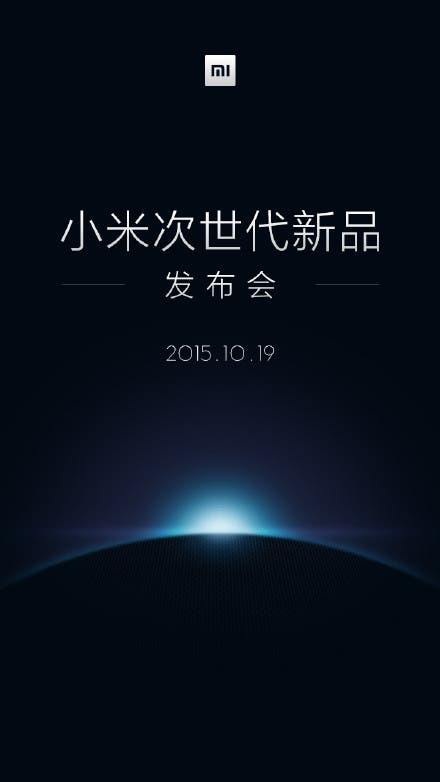 If not a camera then what? Well obviously whatever the product will be it is going to feature two parts. Perhaps this is a Xiaomi Mi Pad 2 with detachable keyboard, a rival to the Microsoft Surface and new iPad Pro?

We’re sure that more teasers will be unveiled in the following days so keep posted for more Xiaomi launch news.