Current Meizu M2 Note owners and perhaps even owners of the Meizu MX5 are going to be shocked today as Meizu will release a new metal bodied Meilan model on the 21st October with a low price attached.

Our “Oh heck Not another new budget Meizu” story from yesterday continues with more information today, and the details aren’t looking good for anyone with a Meizu m2 note (and perhaps even MX5 owners).

To recap, a new Meizu phone was spotted in Antutu benchmarks yesterday. The mystery phone had similar specifications to current Meilan (the sub brand the M2 and M2 Note are listed under) phones, but boasting higher Antutu benchmarks, suggesting better overall performance. 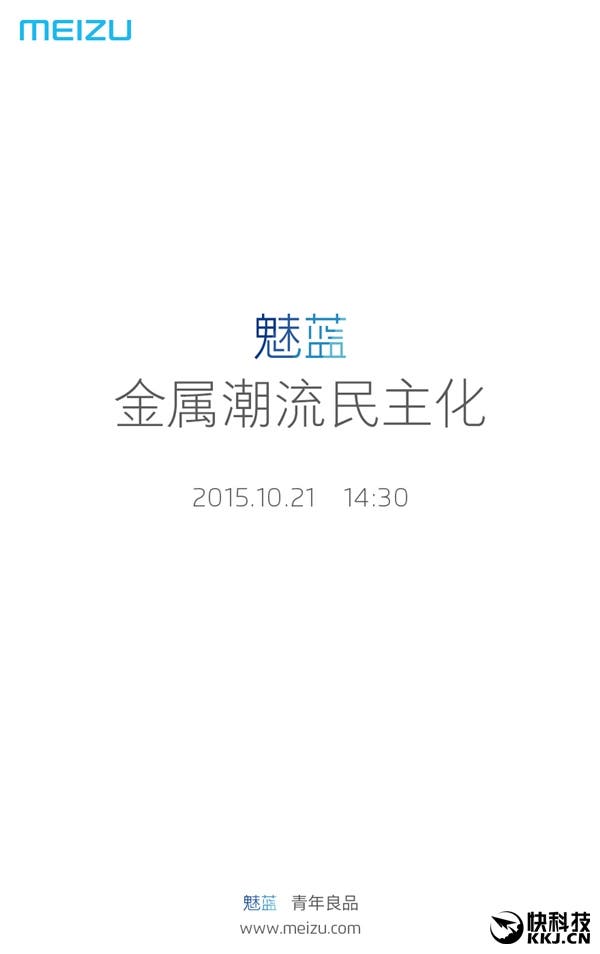 That story continues today after Meizu posted launch even information on their Chinese social media channels. The event will be a Meilan launch and will be held on the 21st October at 2:30 pm, but there is more.

Soon after the internet got word of the launch, Chinese press started to receive invitations for the even that included a metal body for an unreleased Meizu phone. The unibody metal design arrived with reporters in a number of colours (silver and blue in the photos), and measures in at 8.2mm thick (slightly thinner than the polycarbonate version).

Already sources are claiming that the phone could cost as little as 999 Yuan in China, we believe it might cost slightly more at 1099 Yuan, but still a very cheap phone for the specs.

However with this phone launch Meizu have the possibility of upsetting current owners of the Meizu M2 (many of which felt forced to upgrade early from the m1 note), and even people who have the previous MX5 flagship.

Next Europe’s Honor 7i will be called the Huawei ShotX, pre-order available in Germany