Doogee’s been talking highly about the F3 for quite some time now. The phone comes in a couple variants — the regular F3 and then the F3 Pro. Most phones in the recent months, or even the past couple years, have had 5.5-inch (or larger) screens. The Doogee F3 on the other hand has ‘only’ a 5-inch one.

So, quite clearly, the market for a phone like this is going to be fairly limited. But that also means there’s less competition, because companies hardly make 5-inch phones these days, and thus, Doogee have a good chance of making the F3 popular (if done right).

Has it been done right, however? Let’s find out.

As I mentioned before, Doogee made a big deal about how the F3 was a ‘design first’ phone. You will also be able to purchase additional wooden and glass back covers for the phone, which according to Doogee are made in the same factory that did the StyleSwap covers for OnePlus. 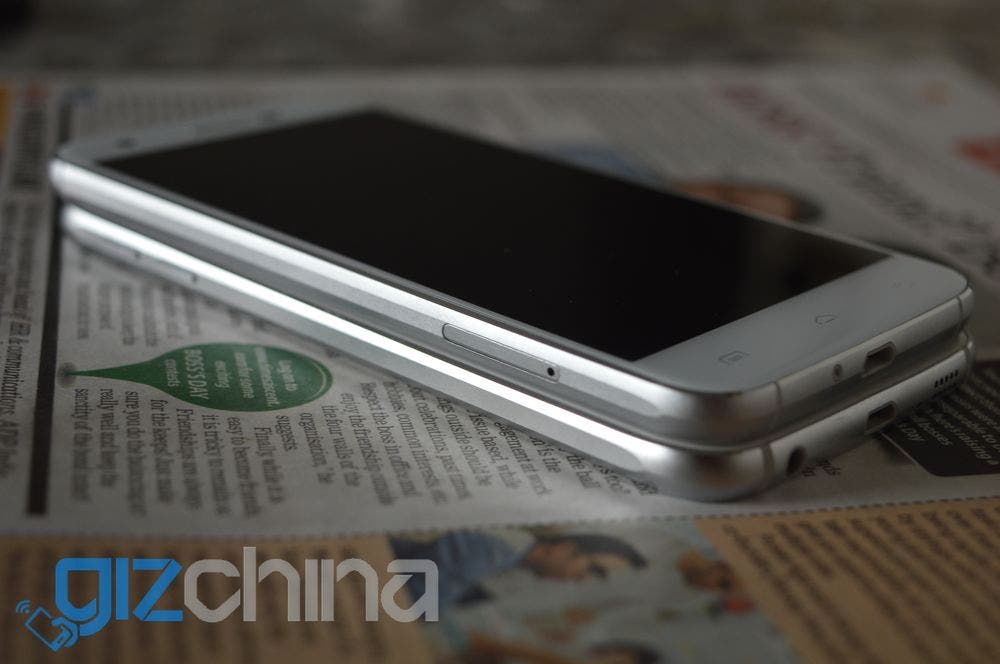 The truth — the Doogee F3 hardly feels like something out of the ordinary. In fact, the phone resembles the No.1 S6i (Galaxy S6 clone) so much that it is virtually impossible to tell in between the two phones blindfolded. 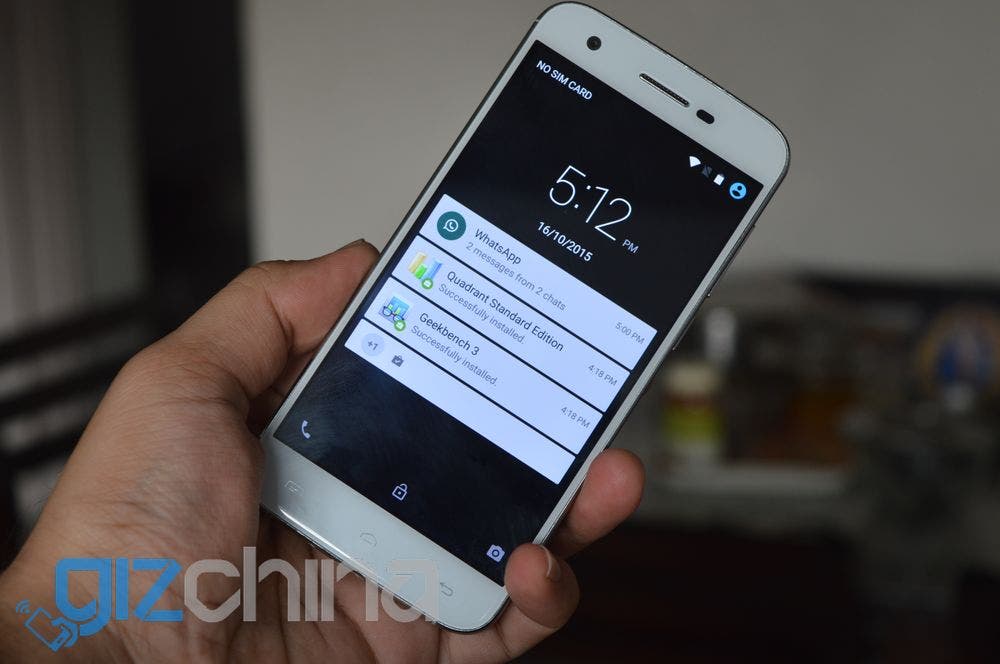 That said, in itself, the Doogee F3 does feel like a substantial piece of kit. That is mainly because of the added weight on the phone, a practise that a lot of new Chinese companies have adopted lately. The edges are metal, with the both sides of the phone covered in curved metal.

There is a bit of Samsung S6 in the phone, but you have to give it to Doogee for making it feel more ‘premium’ than other phones in its range. But that still doesn’t warrant a purchase solely on the ‘feel’ factor that Doogee have bet big on. 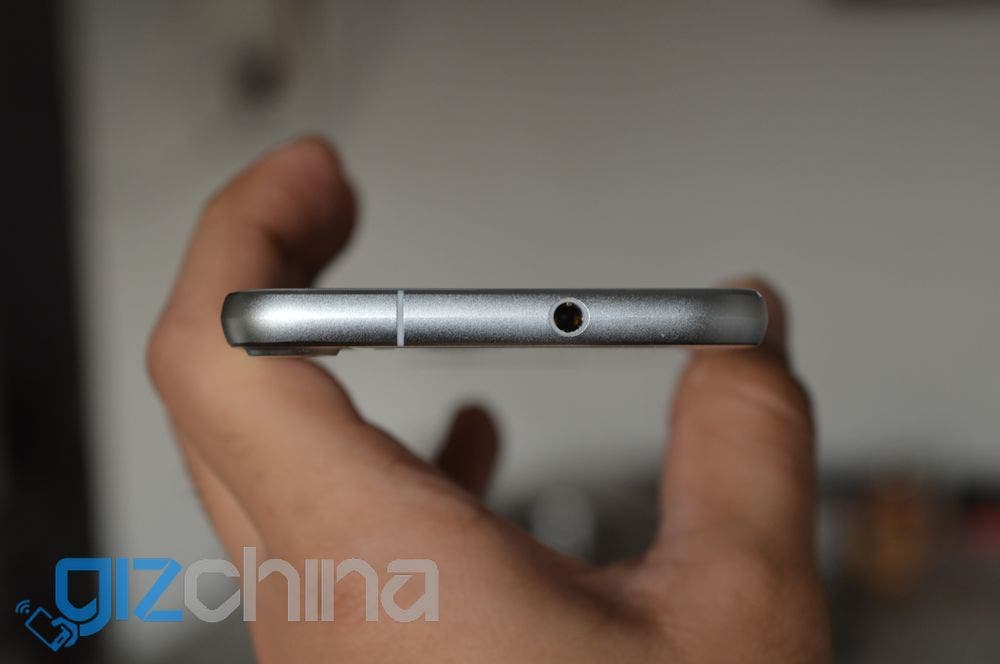 While the phone is fairly pleasing on the eye, it does have some issues cosmetic, mainly to do with the precision with which the metal edges around the phone are cut. When you want metal around your phone, it is imperative that it is cut to precision and with as less a margin for error as possible.

MediaTek have been very impressive on the performance side of things right from the start of this year, when the 64-bit chips first starting appearing. It turns out that the MT6752 did better than the makers would’ve hoped for, thereby eating its own market for higher-end SoCs.

This prompted MediaTek to give the MT6752 an ‘update’ and dish out the MT6753, which in essence is a knocked down MT6752. Nonetheless, you can’t blame MediaTek for doing what they did — for what it costs (or rather, the phones based on it), the MT6753 does mighty fine.

On the Doogee F3 you get 2GB of RAM with the octa-core 1.3GHz MT6753, which makes for a fairly decent but far from flagship setup. You will be able to browse the web while being active on IM, but you can’t expect to enjoy the latest EA title at the highest settings on the phone.

The display on the F3 is a 5-inch 720p panel, which is again something you don’t get to see too often. The F3 is $149 at the time of writing this review, so you definitely expect a full HD display at that cost which unfortunately isn’t happening with the F3.

That said, the 5-inch panel on the phone is decent quality (Doogee seem to have taken care of the quality on most aspects) and you’ll probably only miss having 1080p panel when you’re looking at the specs sheet of the phone. Unlike other sub-$150 phones, the colours on this one don’t wash out, and aren’t over saturated. 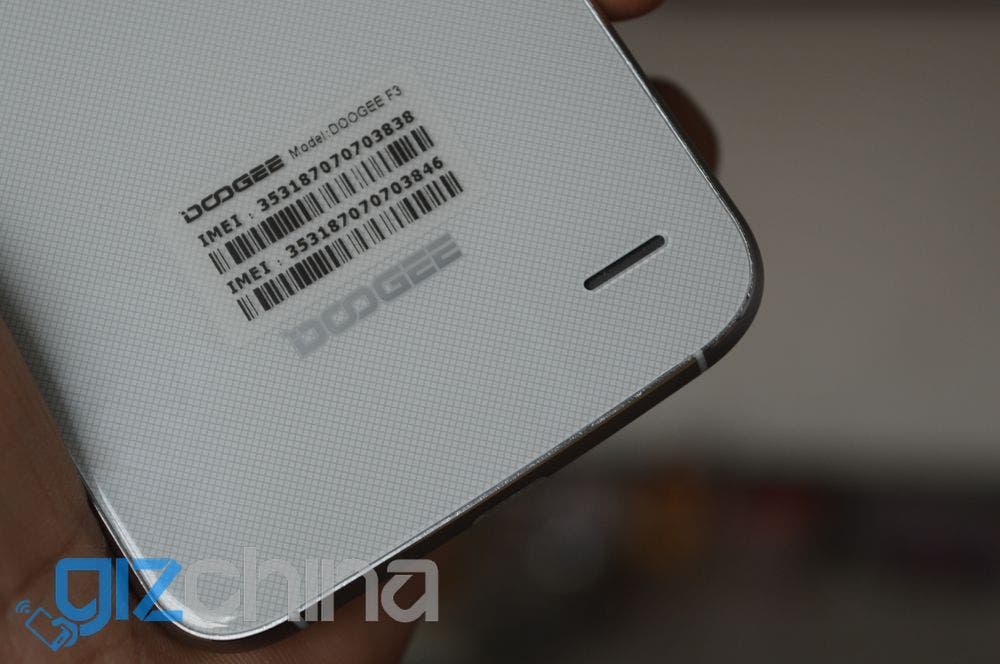 The speaker grille is a tiny little horizontal window on the rear of the phone, susceptible to being obscured each time you keep your phone on its back. The volume is OK, but the speaker lacks bass and is strictly OK only for the odd loudspeaker call.

Something my unit of the Doogee F3 suffers from is a non-clicky power button (and that has been the case from day one). Now, that is something REALLY frustrating. The power button is something you use more than a hundred times each day — and anything less than a satisfying click equals nothing but frustration. This, and the fact that the metal frame around the edges isn’t perfectly cut goes to show that Doogee have indeed cut corners in the manufacture of the F3. 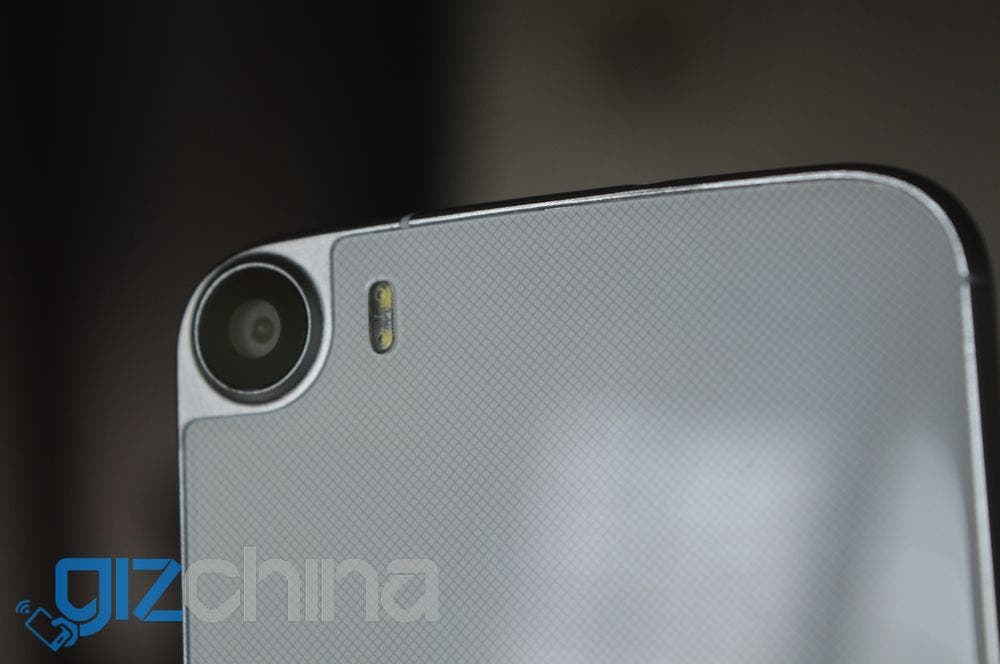 Doogee claim they’ve used a 13 mega-pixel samsung ISOCELL camera on the F3. While its hard to tell the exact model and make of this sensor just from the pictures, what I can tell you is that the camera does a very decent job at taking pictures. 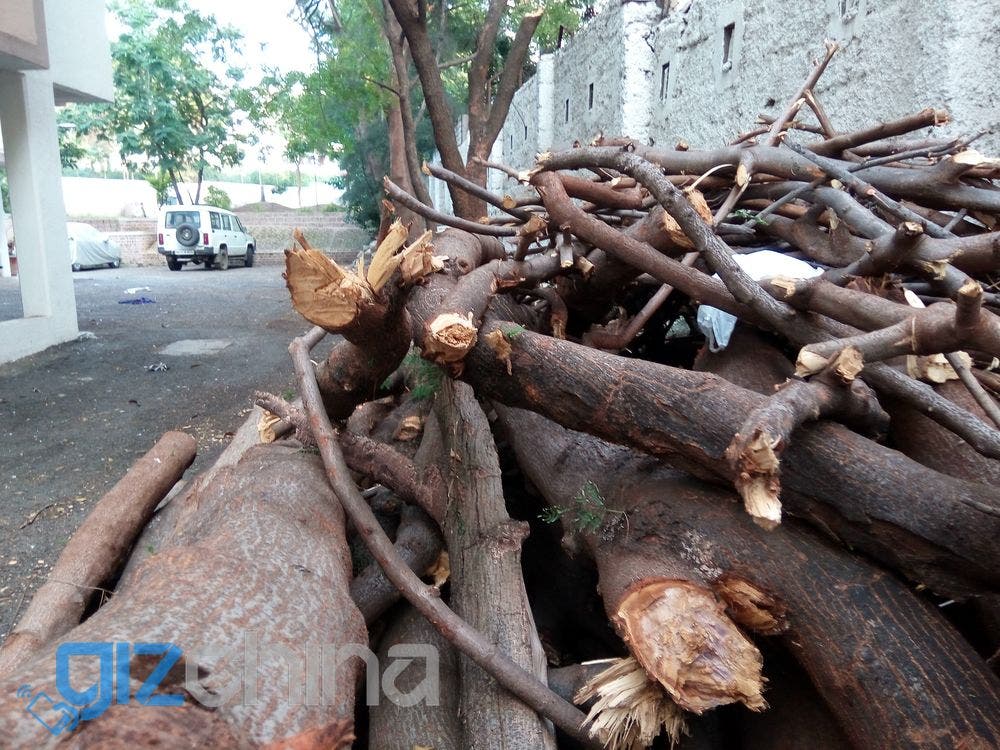 It probably doesn’t take Xiaomi Mi 4c level photos, but I’m fairly impressed with what the camera does. There’s a few different modes to choose from too, including panorama, multi angle, HDR, beauty, etc.

Swiping left will also activate the ‘Pro’ mode which will let you change settings such as exposure, ISO, etc. But there’s no manual focus and long exposure. 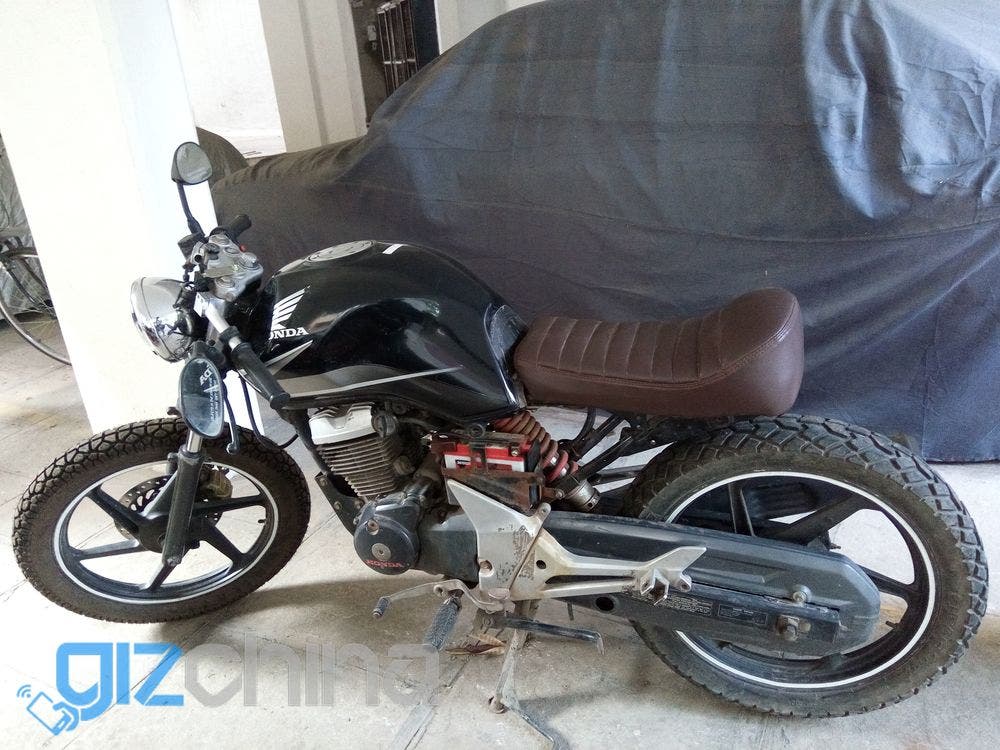 The ROM on the Doogee F3 us fairly vanilla with a few additions here and there. Most notably, there’s a voice unlock app baked in to the ROM which will respond to two pre-set (by you) words, such as ‘OK, Doogee’ or for example, ‘Hello, Smartphone’. The feature works well-ish, and also fires a short alarm and an ‘I’m here!’ tune when the phone recognises your voice.

Besides voice wake up, the ROM features a power saver app, a third-party keyboard (GO Keyboard), DG Xender to send and receive files real quick, and an app locker.

Other added features include the usual you see on budget MediaTek phones, such as off-screen gestures, along with some useless ones, for e.g., wave to unlock, etc.

What is good though is that Doogee haven’t been too adventurous and have left the ROM largely untouched apart from the above mentioned additions. This means that the phone is usually very stable and does hardly suffer from any abnormal force closings, etc.

Another thing that I noticed about the ROM is something that looks like a bit of a hack. Nothing to worry about, but Doogee seem to have asked their engineers to speed up the animations, etc. so that the phone appears faster than it actually is. I remember having something similar on my desktop back in the day when every computer on the planet ran Windows XP.

The Doogee F3 is nice to see, good to hold… but I’m not sure how many will be sold (excuse the rhyme).

The display quality is something that will leave a good taste, but the audio and the lack of precision don’t back it up. The unsatisfying power button is another cause of concern, and I’m hoping it is only my unit that suffers from this problem.

The rest of the phone is OK; performance is up to what you will expect from a mid-range phone, and thanks to the ROM there are no real compatibility issues.

If there’s something besides the screen quality that will leave you impressed, it is probably the camera, which honestly is a sweet surprise.

In all, the Doogee F3 isn’t something I’d spent $150 on. Something to the tune of $125 or even $120 sounds a lot better. After all, there are phones like the Coolpad Note 3 in the market now that offer a lot more for a little less.

We would like to thank Jack of TinyDeal for arranging the Doogee F3 sample for review. Thanks Jack!

Next ZTE's Blade S7 is another 'mid-range flagship'