The Oukitel K4000 has proven impressive with its shatter-resistant display and “hammering nail” capabilities, and the K6000 follows in the same path with an even larger battery. The latest from Oukitel shows the company’s Oukitel K6000 reverse charging high-end smartphones and tablets. Among them, the Samsung Galaxy Note 4, Apple iPhone 6 and 6 Plus, and Oukitel’s own K4000.

Of course, we expect the K4000 to charge with the K6000 (same company, similar phones with differing battery sizes), but it’s the reverse charging for the Galaxy Note 4 and iPhones 6 and 6 Plus that should bring pause. With that said, however, the video above is slightly under 5 minutes long and doesn’t show how many devices the K6000 could charge at the same time before dying out. We see the tester plug in the K6000 and connect it to the other smartphones, but we don’t get to “wait it out,” so to speak.

The K6000 also charges tablets, with the iPad making an appearance in the video. The device seems to be running iOS 6 with the wallpaper and icons for Safari and Music being a dead giveaway. With that said, this iPad could be an iPad 2 running iOS 6, though if it were an iPad 3, the USB cable portion that goes into the iPad would be larger than it is. It could be jailbroken, though we can’t say for sure, but the USB cable looks as though the device in question could be an iPad 4 or higher.

Someone with jailbreaking knowledge could clearly downgrade their device by way of SHSH blobs from iOS 8, for example, to an earlier OS update. The K6000 charges the iPad, but the iPad is at 75% when it is connected to the Oukitel smartphone. Again, we’re shown the K6000’s reverse charging, though we’re not allowed to see for how long the device could charge the iPad.

Smartphones and tablets are the highest-powered mobile devices outside of laptops that we see around us, but the K6000’s ability to charge these means that the device could charge smaller items such as LED lights and a USB fan.

The K6000 has enough power behind its 6,000mAh battery to reverse charge other devices. With USB Type-C becoming a new trend in the mobile space, we hope that smartphone batteries will start to grow (not shrink). Reverse charging means little if the charging device doesn’t have a large enough battery for the feature. 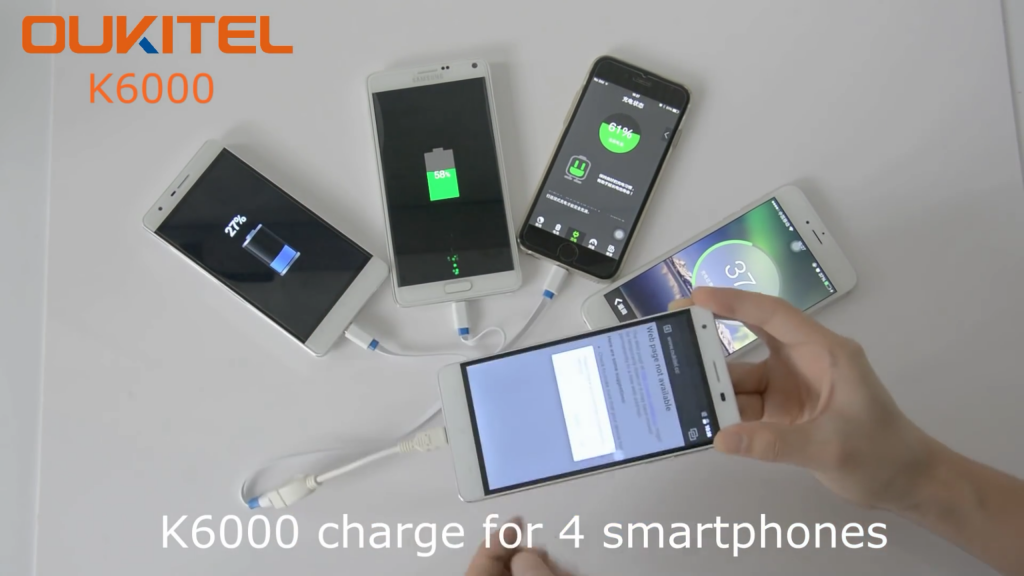 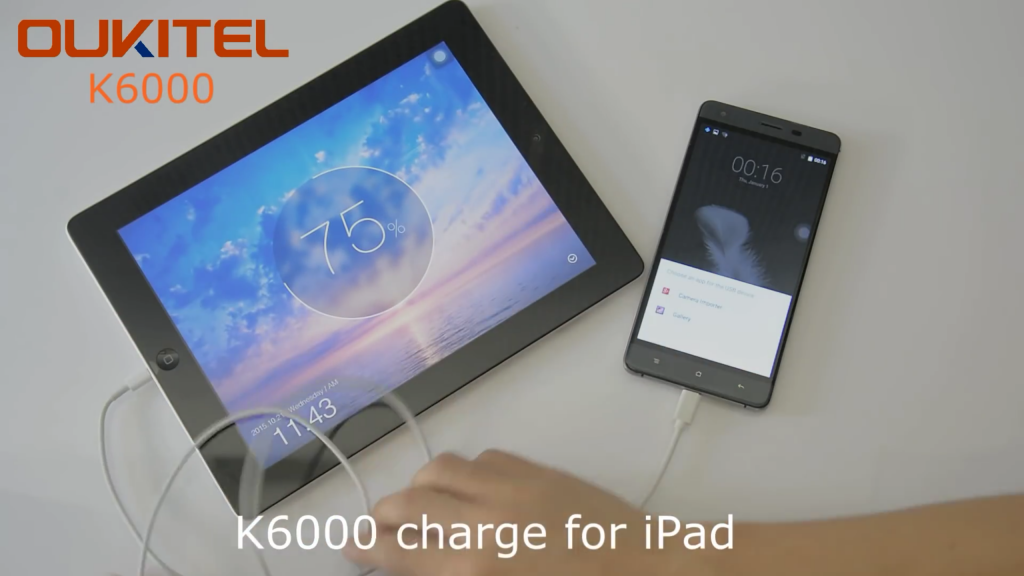 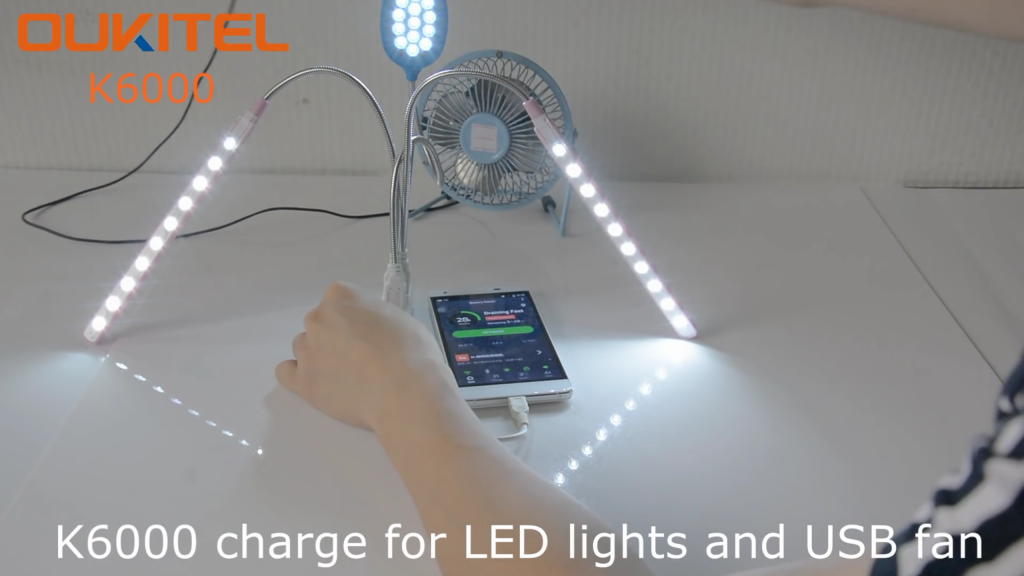 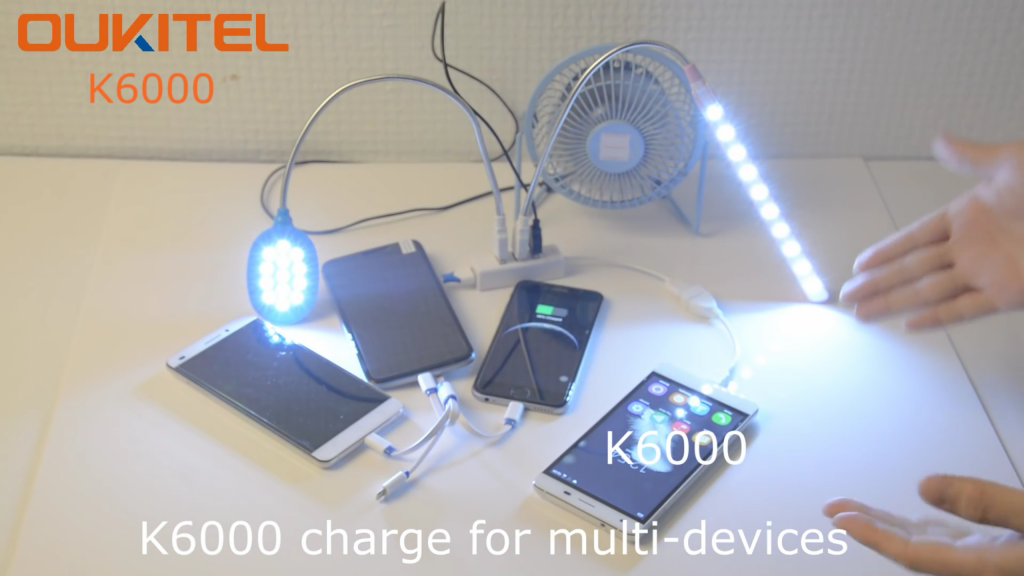 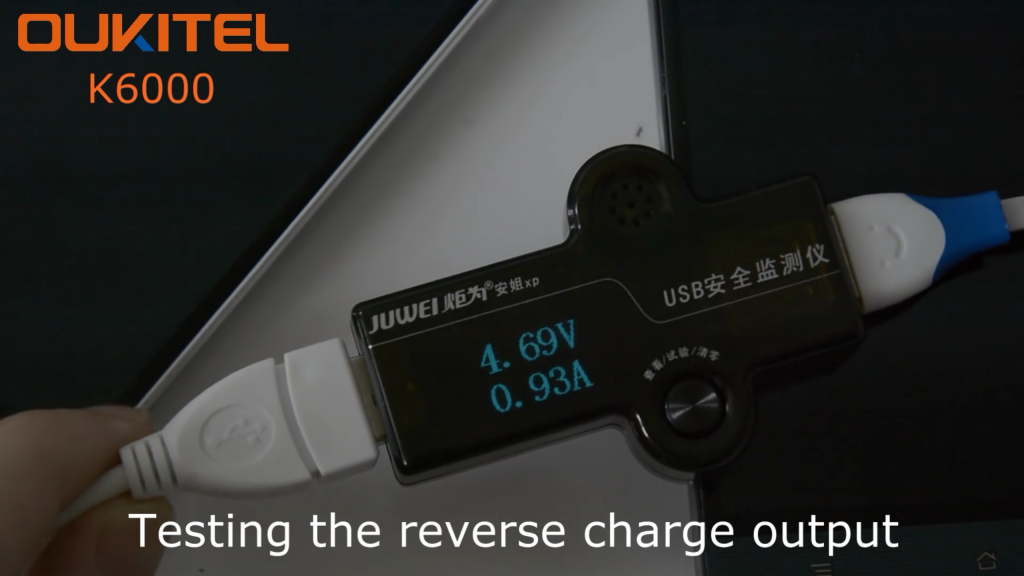