There’s been a flurry of newcomer Chinese phone makers this year. Not only that, some existing companies have suddenly given themselves another lease of life… all thanks to the booming market.

Oukitel claim to have been around from 2007, but we only started to hear about their devices about 6 months (or lesser) back. Nonetheless, this is a review of the Oukitel U10 and let’s just stick to that.

Oukitel are generally known for their budget phones (sub-$100 mostly), but the U10 is a bit of a stretch. The phone is $160, and the company’s most expensive offering to date. 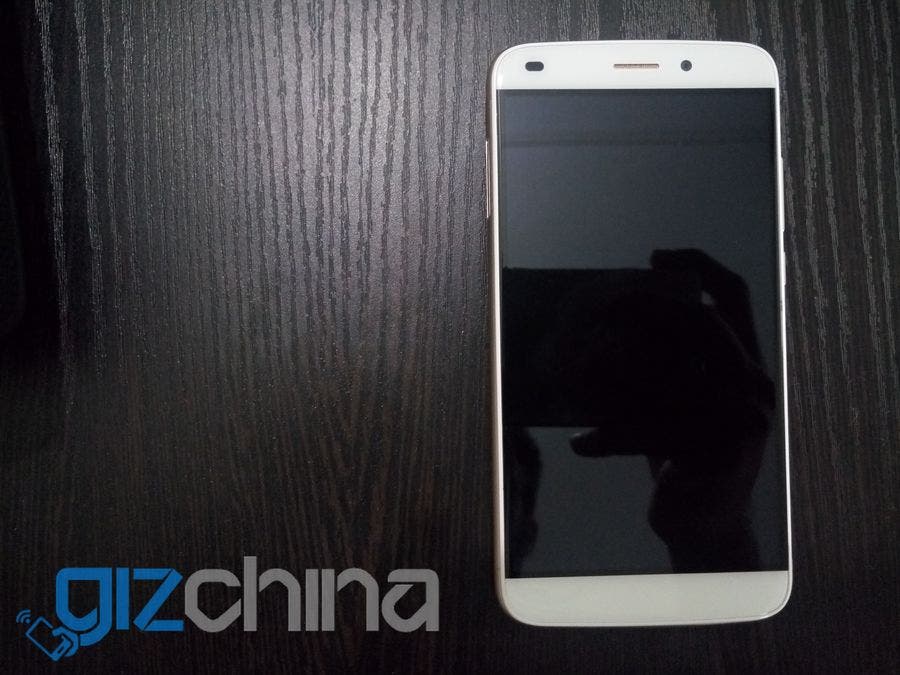 The U10 is designed keeping the iPhone (6 Plus, specifically) in mind. That said, it isn’t a one-to-one clone of any device; in fact it’ll remind you of the iPhone only from the front.

Besides that, the U10 seems like a generic-design phone that we’ve been used to seeing from Chinese companies. It’s funny how the Chinese will either make a phone that’s hard to not look at, or make it plain bland. The U10 somewhat falls in the latter category.

To top it off, Oukitel provide the U10 in two colours very reminiscent of the iPhone offerings — Black (aka space grey) and Champagne.

Straight lines meet curved on the back of the phone along with a camera and a fingerprint sensor placed right below it. Oukitel go subtle with the branding with a logo towards the bottom of the rear printed in a font that will remind you of an early 2000’s sci-fi flick.

Volume buttons and the power button sit on the right edge of the phone while the SIM tray makes home the opposite edge of the U10. The top and bottom edges of the phone have the 3.5mm jack and micro USB port respectively. 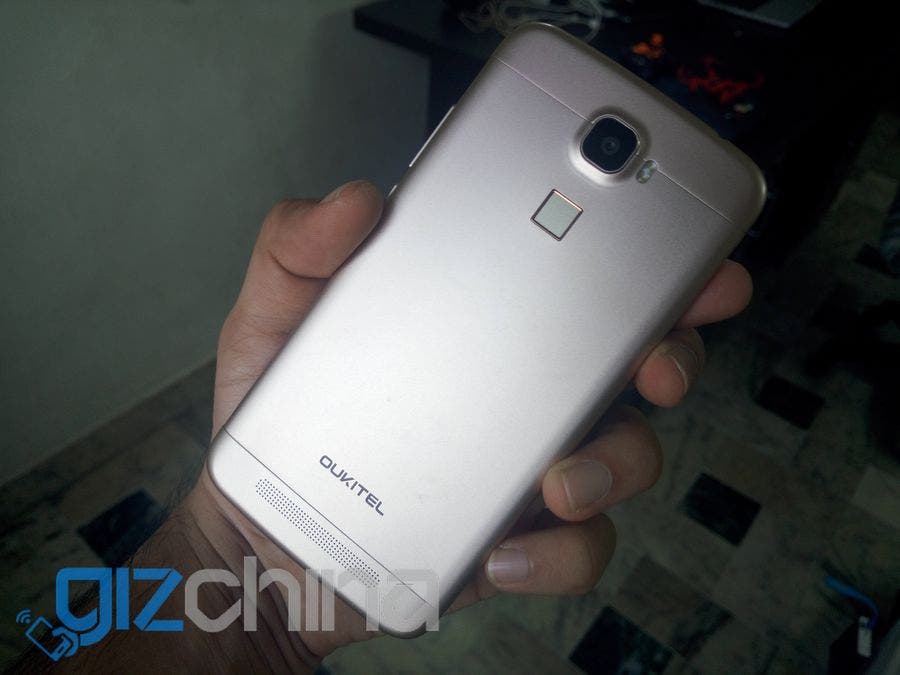 While the design is fairly generic, it is easy to love or hate it… in other words, have strong feelings about it. I’m not a fan of the design per se because the curved glass on the front along with the rounded edges make the phone pretty skiddy in the hands (especially if you’re using the phone in one hand).

The Oukitel U10 isn’t a phone that managed the hype and popularity of say, the UMi Iron or the Elephone P7000. Despite that, the Oukitel U10 does its job really well… perhaps even better than the phones mentioned earlier.

The 5.5-inch screen seems pretty high quality without any notable bleeding or bright spots. One thing I did not like about the screen was (something that can be fixed with software) that its lowest brightness point can be too bright if you’re reading in the night. I tend to go through my articles on GizChina at the end of the day on my phone, and it’s usually dark because I’m in bed with the lights turned off. Software such as Screen Filter help in this regard, but that doesn’t completely replace the convenience of having a screen that is itself dimly lit. 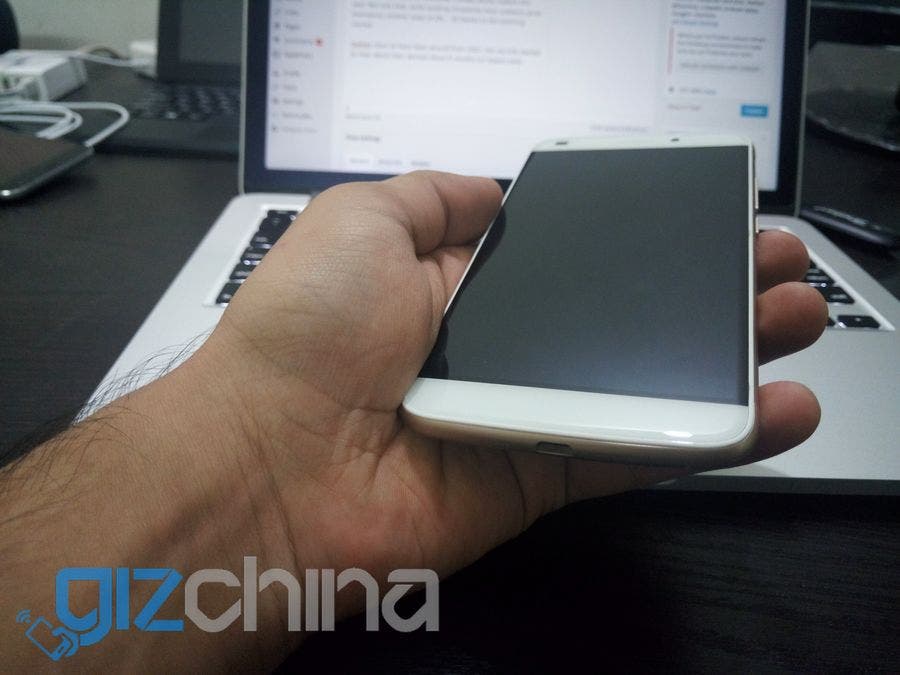 The screen is covered in 2.5D curved glass, which is somewhat a standard for any Chinese phone now. Interesting how the cycle of flat – curved – flat keeps going for displays…

That said, I was relieved to see that the anti-fingerprint (aka oleophobic) coating on the U10 does its job pretty well. Chinese phones in the past have suffered from glass panels that are fingerprint and dirt magnets.

What I don’t like is that the capacitive buttons aren’t backlit. Sure, you get used to it in a while, but there are many that still desire the convenience of backlit buttons.

Flipping the phone over you’ll be greeted by the aforementioned retro-look back. My U10 unit is Champagne (aka golden) in color, but I was surprised to find two shades of golden on the rear. Also, the design of the behind of the U10 will give you the impression that the rear is removable, when in fact it isn’t.

The 13 mega-pixel camera on the rear is aided by dual LED flash… but the downer here is that both LEDs are bright white (in other words, there’s no dual-tone flash).

The volume and power buttons don’t rattle around (for the most part), and make the U10 feel like a well made phone, but certainly not something that feels twice its actual cost.

The MT6753 is an interesting SoC. While I don’t really know why MediaTek stopped shipping the MT6752, one school of thought points at the fact that the MT6752 was in fact a brilliant performer… perhaps so good that it ate the market for a higher-end MediaTek SoC (the MT6795, for example).

Thus, the MT6753. It isn’t an incremental upgrade to the MT6752, but in fact a downgrade of sorts. Nonetheless, the effect is hardly felt by the everyday user. MediaTek happy, user happy, end of story.

The MT6753 is a mid-range SoC when you consider the entire spectrum of phones. Since companies like Oukitel/Elephone/Ulefone/UMi, etc don’t do super-high-end, they treat their MT6753 phones as flagship.

I found the MT6753 to be quite power and heat efficient, while maintaining decent performance all along. It isn’t blazing fast, but worth $130-150 depending on other aspects of the phone. Not worth $160 in this case, though.

The fingerprint sensor, though not optimally placed (for me, I’m sure some of you prefer it on the rear of the phone) is really fast and accurate. Not Coolpad Note 3 fast, but fast nonetheless. Again, you don’t have to wake the phone before having your fingerprint scanned which is a cool feature we first saw on the Oukitel U8 (review).

I’ve managed to eke out some really good battery life from the phone. The best battery phone so far for me (of course not including the battery monsters here) has been the OnePlus One, it used to return 7+ hours of screen on time. The Oukitel U10 easily does over 5 hours (5.5 hours on an average), which isn’t great but better than a lot of other phones. 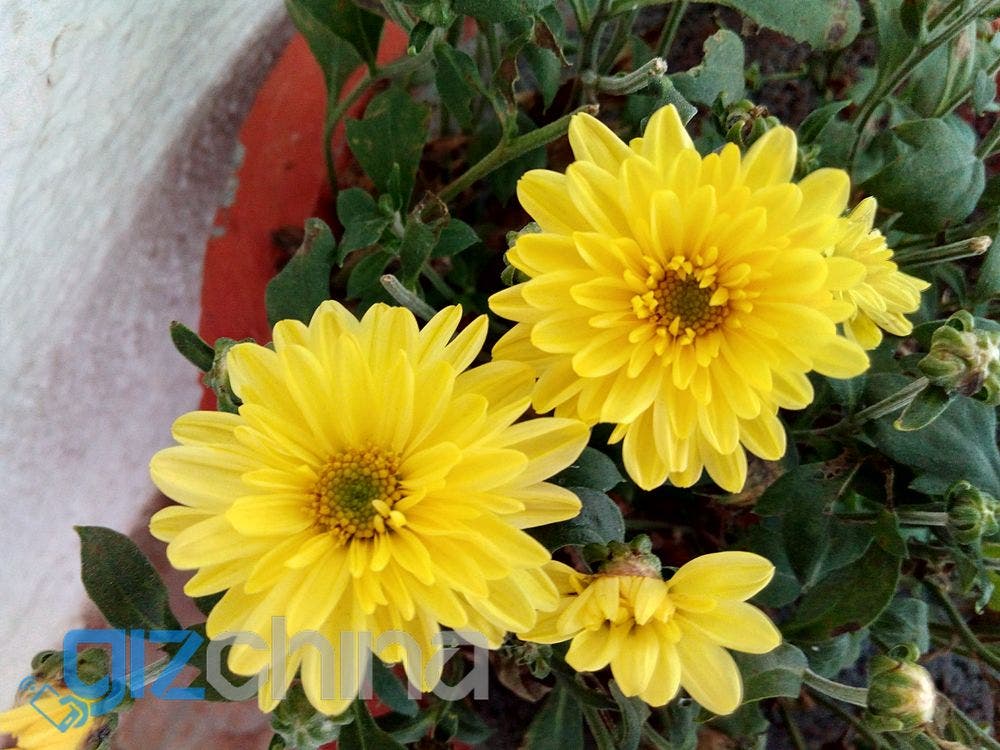 Oukitel dont mention what camera sensor they use for the U10 unlike a few other companies (a favourite this year has been the Sony IMX214). Despite that, the U10 performs as well or maybe even better than these other phones with the 13 mega-pixel rear camera… unless you’re made to use it in total darkness with the flash. Oh, Oukitel mention that the camera is 16 mega-pixel by the way, while also stating that it is interpolated.

Something I celebrate about Chinese OEMs is that they don’t fiddle too much with the ROM these days. In 2013 and 2014, companies did everything they could to make their phone stand out — and this includes screwing over the ROM — but that’s fortunately not the case anymore.

It’s a very stable ROM on the U10. I suspected mine had adware installed in the beginning, but it turns out it was just a rogue app that’d greet me with a full-screen ad each time I unlocked the phone. It was an easy decision to uninstall the app. If you’re suffering from the problem also, ‘recents’ is the name of the app you want to uninstall.

Oukitel being aspirational Chinese company they are, ship the U10 with a suite of gesture controls under the ‘Smart somatosensory’ (I did not know it was a legit English word, I concede that) settings. Basically, it’s the usual novelty stuff you don’t use — swipe over the screen to move between launcher pages, gallery photos, etc.

The Oukitel U10 is a well rounded device with an OK build quality. The camera, screen and the fingerprint sensor are the highs as far as the phone is concerned. Things that I would think can get better: build quality, price. For $160, the U10 feels a tad bit steep… $135 is probably something more apt for a phone like this.

We’d like to thank Everbuying.net for kindly sponsoring our sample of the Oukitel U10.

Next Blackview BV2000 final pricing is $69.99, claims to be cheapest LTE device