Lenovo’s start up phone maker cleaned up during the 11:11 Singles Day sales with the company claiming they hit the 30 million Yuan make in just 19 seconds.

At the time of writing it is around 5am in the morning in China, but the early hour hasn’t prevented Chinese bargain hunters slamming their credit cards and making some huge purchases.

The 11:11 sales are all about single people treating themselves to something nice, well that was the original idea, now it is more of an excuse to buy top tech at low down prices.

ZUK like other phone makers had their ZUK Z1 smartphone on sale during the 11:11 sales day. The Chinese version of the Z1 come with ZUI rather than Cyanogen OS, but features the same Snapdragon 801 processor, 3GB RAM and 4000mAh battery. 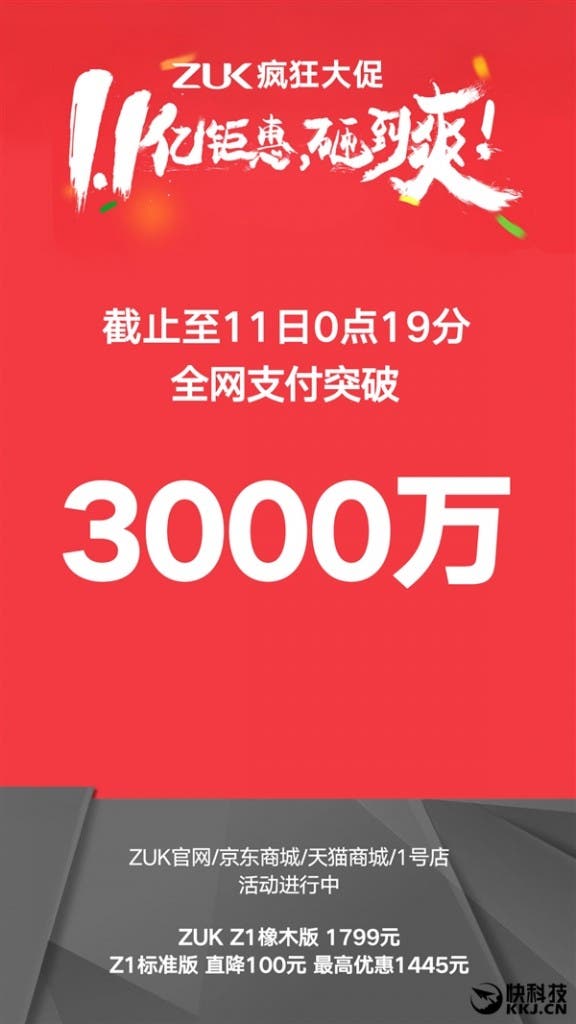 The promotion meant that the company managed to record sales of 30 million Yuan in only 19 seconds! Compared to Xiaomi and Meizu this is just a fraction of sales but still an impressive amount of money for this new phone maker.

Next Xiaomi rack up a cool 400 million Yuan so far during Singles Day!