Xiaomi’s been trying to keep their Redmi Note 2 Pro under wraps for a long time, but clearly without much avail.

The Redmi Note 2 Pro has been the subject of many a leak already, and there’s another one that popped up earlier today. This time round, it’s the rear cover of the phone that managed to get spied upon.

The rear of the phone still reminds us of the Meizu (MX5, to be precise). But there’s a difference, and a major one at that — the Redmi Note 2 Pro packs a fingerprint sensor on the rear. 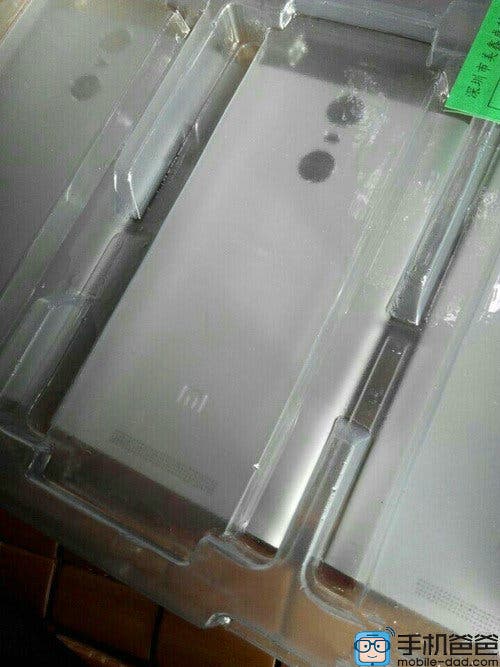 As for the specifications, the Pro version of the Redmi Note 2 seems to be sharing most of its components with the ‘regular’ version. This includes a 5.5-inch 1920 x 1080p display, a Helio X10 processor, 2GB of RAM, a 13 mega-pixel rear camera, and a 5 mega-pixel front facing camera.

Next Phone maker Uhans selling their leather backed U100 for only $57.99