Doogee have been on a phone launch binge, launching 3 phones in November and announcing the new T series range with the first T6 device today.

Last month Doogee released their Y100 Plus, Y200 and Doogee X6 models, and show no sign of slowing down as the end of the year approaches. Today, Doogee have announced details of a new series phone phones that will be lead by the all new Doogee T6.

One major selling point of the new T6 is the large 6250mAh battery built in to the device, but Doogee are eager to point out that their new phone is not just about endurance and design plays a major role in the phone.

In a news release on their own website, Doogee have pointed out the ‘V’shaped chassis on the T6. This design consists of two raised ridges that encircle the phone with the physical controls of the device sitting in the indent between them. We have seen a similar design on Gionee and Siswoo phones this year. It adds grip and also means the hardware buttons are out of the way to prevent accidentally pressing them. 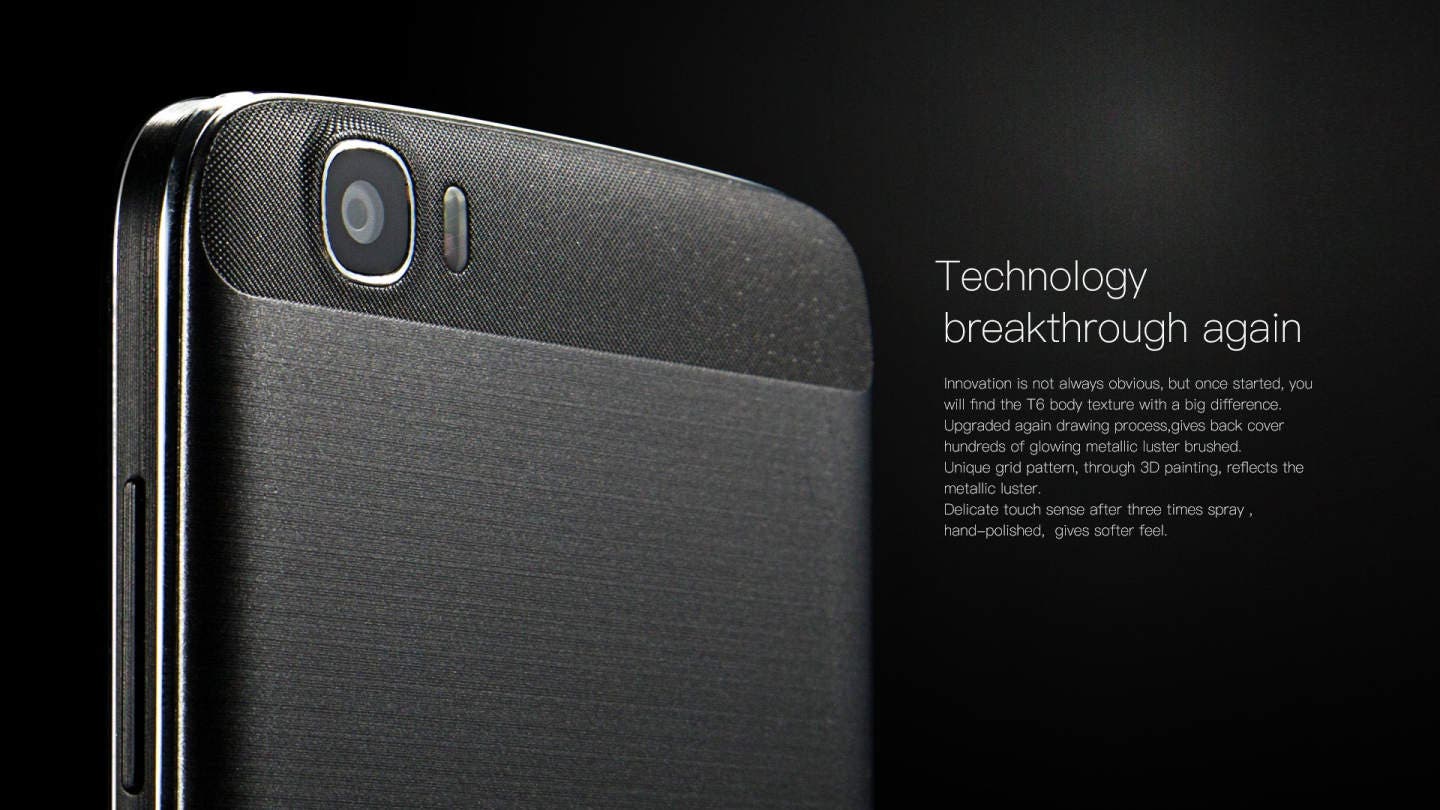 Next Cubot S600 will get 16 mega-pixel PDAF rear camera