Xiaomi bosses have revealed that another mystery Xiaomi phone named the Xiaomi 4C is set to arrive soon and could be the perfect replacement to the outstanding Xiaomi Mi2S.

Ok this news might sound a little odd to none Xiaomi Mi2S (or Mi2) owners, but I totally get what Xiaomi are trying to say. The Xiaomi Mi2 was the second flagship from Xiaomi and really was a super device and even good by today’s standard. The phone boasted a compact 4.3-inch HD display, 2GB RAM, and a powerful Snapdragon S4 chipset. I personally owned the original Mi2 version and thought it was so good that I skipped the Mi3 and Mi4 updates, and I wasn’t the only one!

It seems that Xiaomi made a too perfect phone for many people with the Mi2 and Mi2S and customers are still hanging on to their phones waiting for something to replace them, and Xiaomi know it.

In a post this week Xiaomi bosses are telling fans that a new mystery model will launch soon which is a cross between the Xiaomi Mi2S and another phone (we assume the Mi4) which has created the Xiaomi M4C. 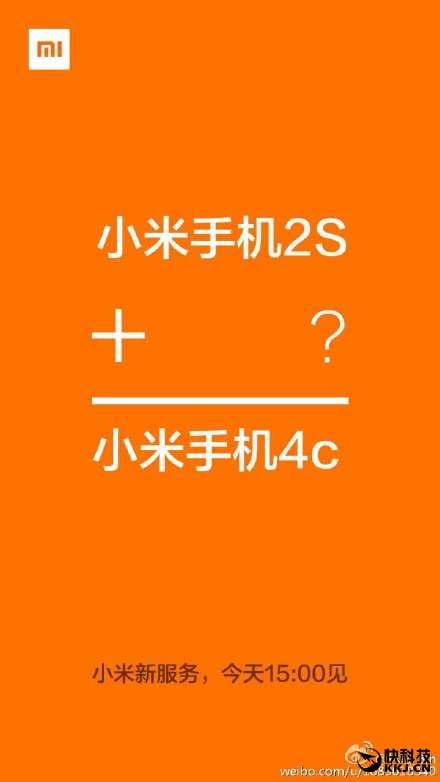 At this time no details for this phone have been revealed but we would hazard a guess that the phone will feature a similar small display, perhaps between 4.5-4.7-inch. The panel will likely be a FHD unit and around 3GB RAM plus a Snapdragon processor (808?) will run the show.

Build is likely to be a full metal body with an alloy rear with a design similar to the Xiaomi Mi4. This of course is all conjecture, but many manufacturers are looking at releasing smaller high-quality flagship options next year (Meizu and Apple for example) and we expect Xiaomi to also release something similar.

Are you still a Xiaomi Mi2 user? would a premium metal phone with small display tempt you to finally upgrade?