If the current crop of 4GB RAM flagship Android phones don’t quite pique your interest then what about a Huawei P9 with a cool 6GB RAM?

With CES kicking off next week there are already plenty of rumours pointing at what manufacturers will be releasing. We have already seen a few details including a teaser for the Huawei Honor X3 tablet, but that’s not all the tech giant have in store for the expo. 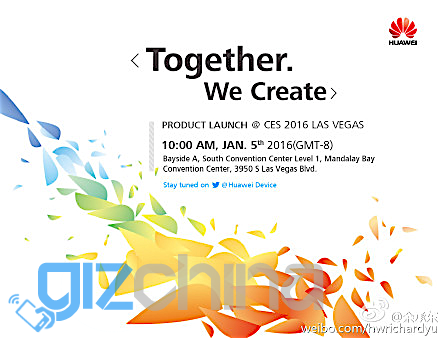 On the smartphone side of their range, Huawei could be releasing the Huawei P9 sporting a dual camera on the rear and a full 6GB RAM under the hood. All of that memory will be plugged in to an octacore Kirin 950 GPU with Mali-T880 MP4 GPU.

All of that computing power would be more than enough for a 2K display, but Huawei are believed to be sticking to their guns and keeping resolution down to FHD standards across the 5.2-inch panel.

The launch will take place on the same day as their tablet announcement, so keep an eye out for more Huawei new from CES on the 5th January.

Previous Huawei tablet to launch at CES, could be a 2K, Kirin 950 Honor X3