Tencent are the people behind QQ and number of other notable Chinese tech operations and like any brand worth their salt they are woking on their very own drone to compete with DJI and the upcoming GoPro drone.

Tencent have long been one of the biggest tech giants in China, and over the past year we saw the company invest in new technologies to help their growth. Wearables saw Tencent OS, and soon the skies will see Tencent app controlled drones whizzing around.

The drone the company are working on at this time is a 250mm quad-copter that an can folded for easy transportation. The angular, ‘stealth’ design is similar to quads made by XiroXplorer, a UAV manufacturer from China who Tencent might be working with. 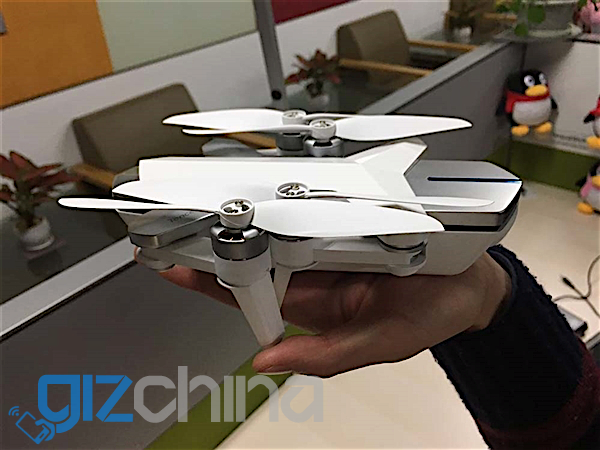 Very few details are known about the drone at this time, although we know that one feature is for taking group selfies hinting that this drone is designed for simple consumer use rather than recording epic 4K video.

The first prototypes of the UAV fold up to about the same footprint of an iPhone, but future models could fold up small enough to fit in your pocket and deployed by simply throwing in to the air.

We’re not sure when these drones will be made available but we do know that Tencent are also working on AI and VR hardware which could be all tied together in the future.