HomTom has dived in to the war zone made up of super affordable Android phones with their sub $60 HomTom HT3.

Technology is trickling down, prices are getting lower, and now budge Chinese Android smartphones cost from as little $50!

We have seen plenty of growth in the super affordable market segment, and its Chinese phone makers like Doogee, UMi, Elephone, Blackview, Bluboo and now HomTom that are dominating.

Keeping the cost this low means a few hardware casualties, and in this case the HT3 only packs 1GB RAM, 8GB memory and 3G data support. 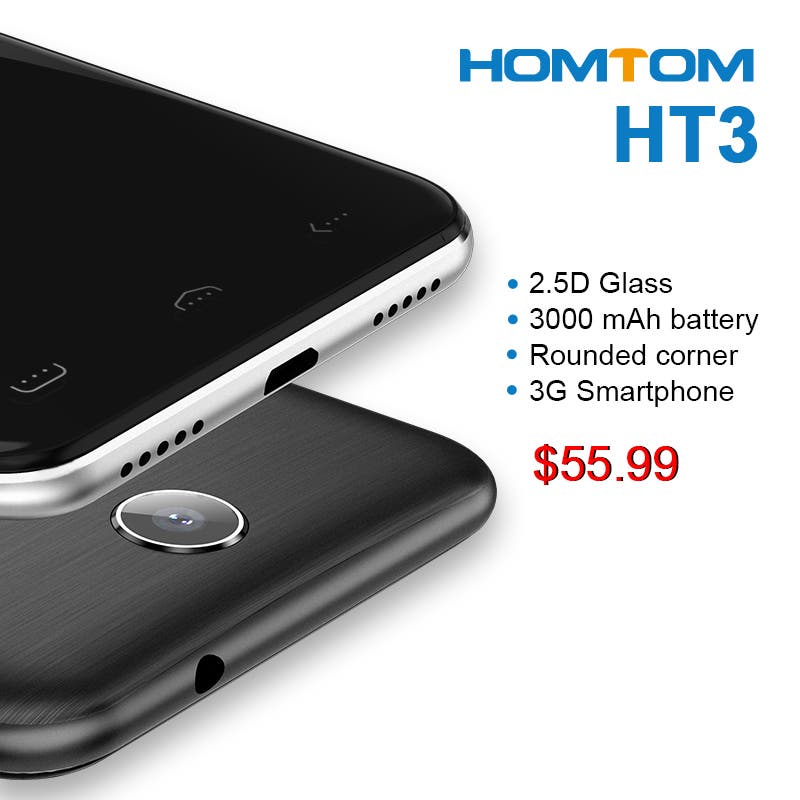 What we find most interesting about phones like the HT3 is what they represent for the future. If in early 2016 we are getting phones with this spec, will 2GB RAM, octacore, LTE device get similar prices later in the year?