Yesterday we reported how UMi had created a phone from the features that users chose through their Apollo Project. Today, slightly tweaked details of the UMi Touch have arrived with the first official image.

If you missed the news yesterday let me quickly fill you in. UMi set up a questionnaire asking fans to choose hardware parameters so that the first ‘user defined’ smartphone could be created. The result of the project is the UMi Touch, an all metal phone that will be financed through a crowd funding event. 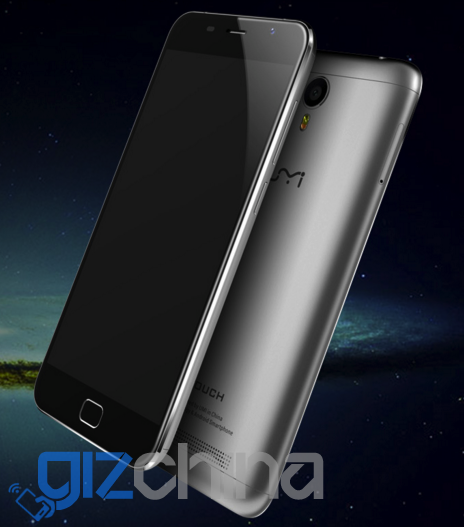 The UMi Touch seems to be moving through development quickly with an update to the specifications today and the first official image of the phone.

The slight changes are the phone will come with a 3900mAh battery (before a rough idea of the battery size was all we had), and that the phone will cost $149.99. The $99 price tag will be for people who chose to pay $1 and become an ‘Apollo Partner’.

Other hardware (octacore Mediatek, 3GB RAM, 16GB memory, 5.5-inch display, etc) is the same as previously mentioned, and now with an image of the phone we can see exactly what the front facing fingerprint scanner is going to look like.

The render shows that the full metal unibody design of the UMi Touch closely resembles the Meizu MX5, with the only notable difference being the speaker grill on the rear and lack of laser auto focus.

UMi will begin the $1 crowd funding on the 20th January and have already set up a subscription page for follows to take part.

Will you be funding this project? Is an MX5 clone what people had in mind as a ‘user defined’ phone?