Cubot are our of the gates strong for 2016, and are already releasing their 2nd phone of the year, the Cubot Note S with large battery and customisable rear panels.

Cubot are slowly becoming a favourite of ours, they launched the rather good Cubot X16 and X17 (Cubot X17 Review) phones last year and already announced two new phones for 2016.

The new Cubot Note S is a budget device costing from only $69.99 through international resellers, yet despite the low-cost the phone maker has managed to fit a 4150mAh battery in to the 8.8mm chassis.

Update: This low-price is a promotion price only available from today until the 27th (21st Jan – 27th Jan) and after this date pricing will increase. 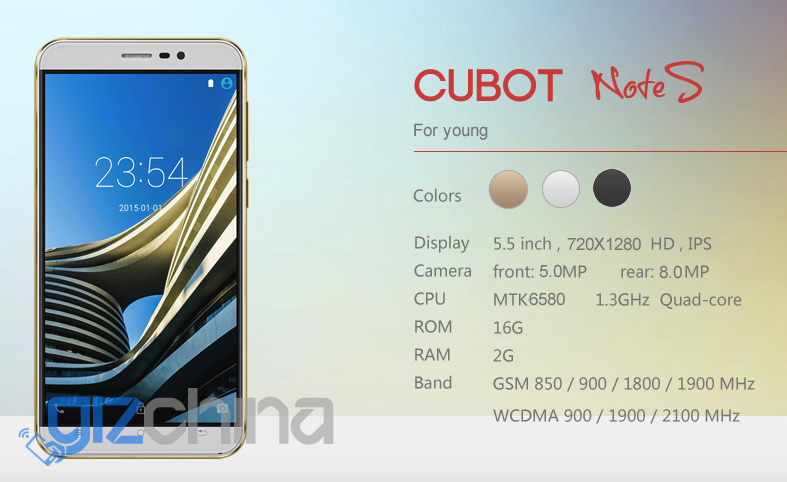 Upfront is a 5-inch HD display, there is 2GB RAM, 8 mega-pixel F2.0 rear camera, dual SIM and 16GB internal storage (plus micro SD tray). Keeping costs down the phone uses the cost effective Mediatek MT6580, a quad-core processor with support for 3G and GSM networks only.

Cubot show the usual white/gold and black/silver colour options on their website along with some more interesting customisable rear panel options with inspiration from African paintings.

Previous Mlais getting closer to their Android Wear launch