I think its about time I dust off my Xiaomi Mi Note and get ready for this weeks Android 6 based MIUI update.

Apparently the 3GB RAM version of the Xiaomi Mi Note (the version with a 1080 display) will get a MIUI 7 based update this week with the main upgrade being the move to Android 6 Marshmallow.

Xiaomi have been beta testing the system in China for a while now, but at this stage we don’t know if the release will be a final release or a development ROM. 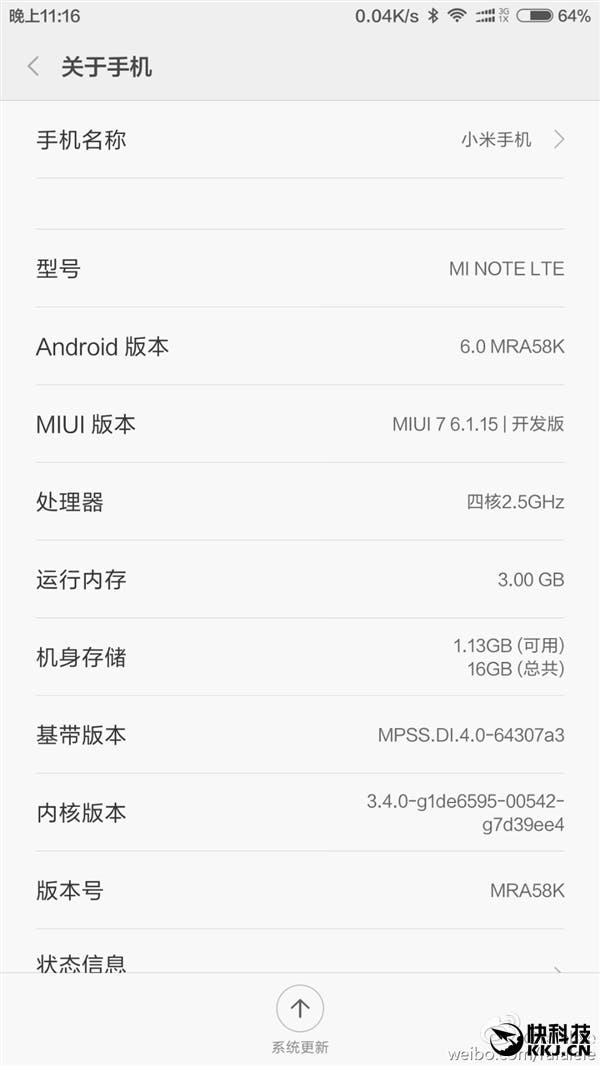 The Mi Note isn’t the only Chinese phone receiving Android 6 this week, the ZUK Z1 has also just receive CM13 nightlies, not to mention the Elephone P9000 shown off last week which Android 6 out of the box.

Previous Xiaomi Redmi 3 from $149.99 on shop.gizchina.com