Last week patents of a rumours Xiaomi drone revealed a quad-copter which would be controlled by your Mi Band. Further details today show the drone will use your wearable for a ‘follow me’ feature.

Drones/quad-copters are great fun and with all sizes and types available there seems to be a quad to suit everyone, but we are still waiting for a model that can really just fly itself and follow you about. 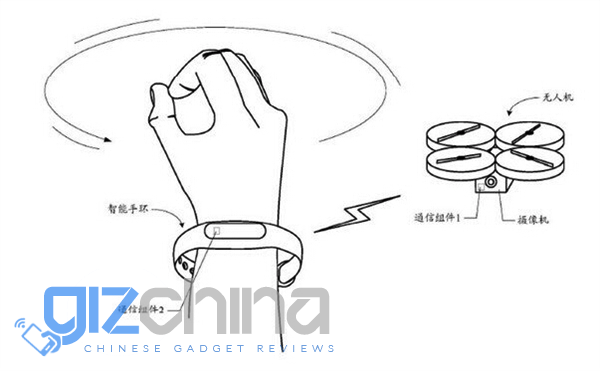 Some current drones such as the DJI Phantom range offer a ‘follow me’ feature, but it requires you to carry the hand control and the connected smartphone for the quad to see you and keep you tracked. While the feature works well (I’ve tested it on my own Phantom) its not an ideal solution. What is really needed is a more compact wearable that the drone can track you with. 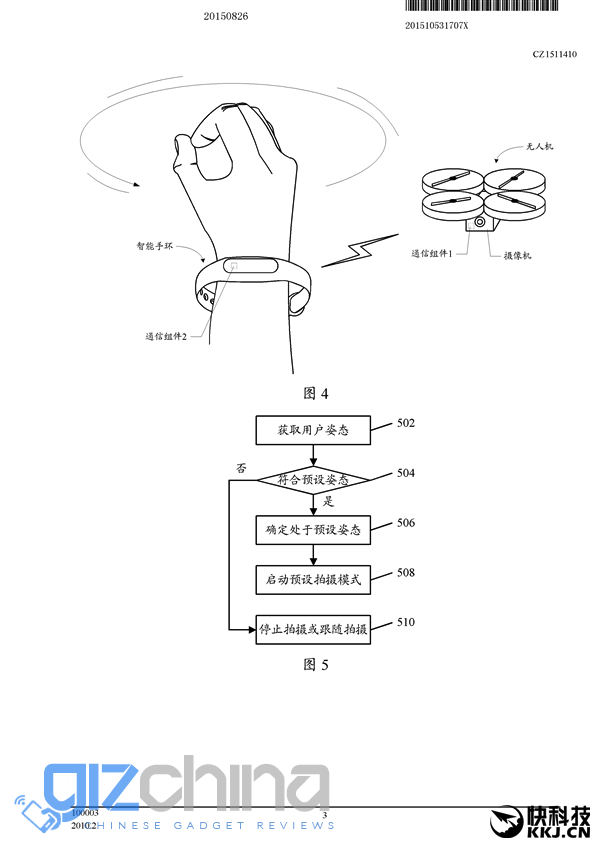 Patents show that Xiaomi are working on a new quad rotor UAV that can use a wearable (a Mi Band) to follow the wearer and keep a camera trained on them to capture the action. The patent shows the patents show the drone following people as they walk uphill or ride a bike. 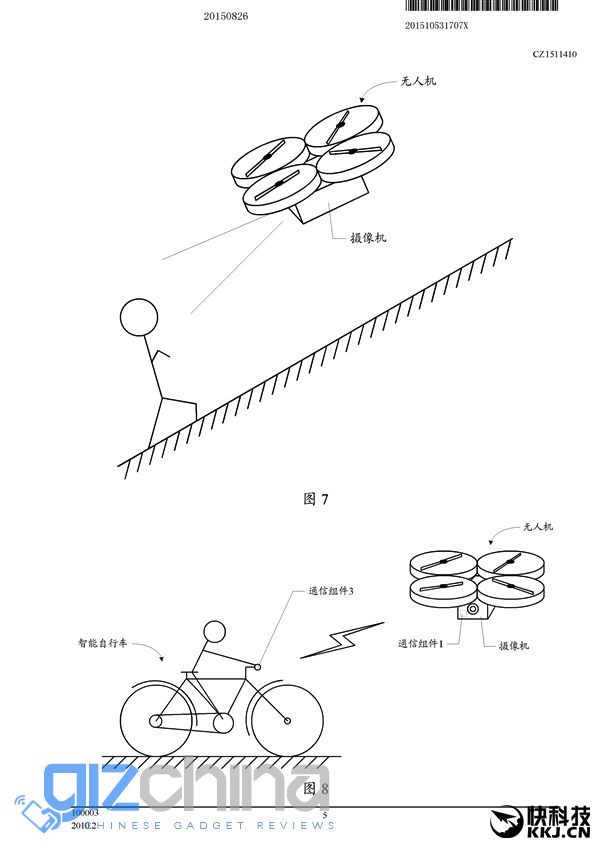 In addition to using the Mi Band to follow the users, gestures will also tell the drone what to do. For example moving your arm in a circular motion might be all that is needed to tell the drone to turn around or change from following from the front to following form behind.

These features would make the Xiaomi drone a very easy product to fly and live with even for complete beginners. While the features are great in theory we do expect the Xiaomi drone to be more of a hobby product (similar to the Parrot Bebop) rather than a prosumer level DJI rival.

Previous rumours suggested the Xiaomi could take their drone in to limited production soon and might sell the UAV for as little as 699 Yuan.