Huawei are likely to launch the new Huawei P9 after MWC sometime this month (or early next), but they seem to be finding it hard to keep the phone a secret as press images of the phone have shown up in various colours. 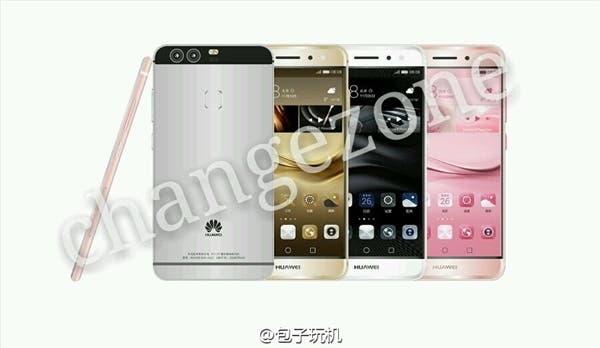 The images show the all metal phone in gold, white, pink and grey colour options, all versions showing off a dual camera design with dual LED flash and laser auto focus. The metal chassis also has a fingerprint scanner in the rear.

From the front the images show that Huawei will remain true to their onscreen Android navigation, and that the system will be once again based on Huawei’s own Emotion UI.

Pricing is likely to start at around 1999 Yuan for a basic version with China Mobile support and 16GB memory, while a top of the range version with full network support and more memory (poss 128GB) is going to cost considerably more.

Next Huawei tease a stylus phone for MWC 2016