Although Vivo aren’t officially attending MWC, I did manage to meet up with the team and receive a brand spanking new Vivo X6 Plus! Here are my impressions so far!

Ever had the battery on your phone run out, then be handed a brand new phone just in the nick of time? No? well me either until last evening when my OPX decide it had done enough for the day and ran out of juice, thankfully this happened just as I took receipt of a Vivo X6 Plus.

This year Vivo don’t have their own booth at MWC, but they have added a few of their latest phones to the Qualcomm booth for fans to take a look at, the Vivo X6 Plus is one of them. 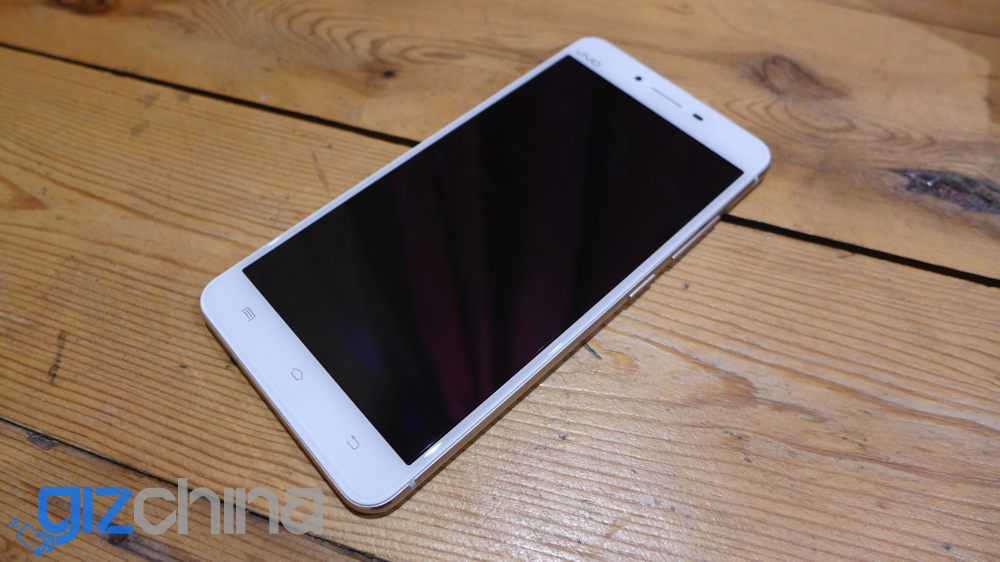 As the name suggests, this is the larger of the two Vivo X6 phones and receives a generous 5.7-inch Super AMOLED 1920 x 1080 FHD display, a set of capacitive buttons on the chin, and 8 mega-pixel camera up front. The rear boasts an all metal (gold in my case) body, fingerprint scanner (possibly the fastest I have ever used), single LED flash and 13 mega-pixel rear camera (and its a good one!). 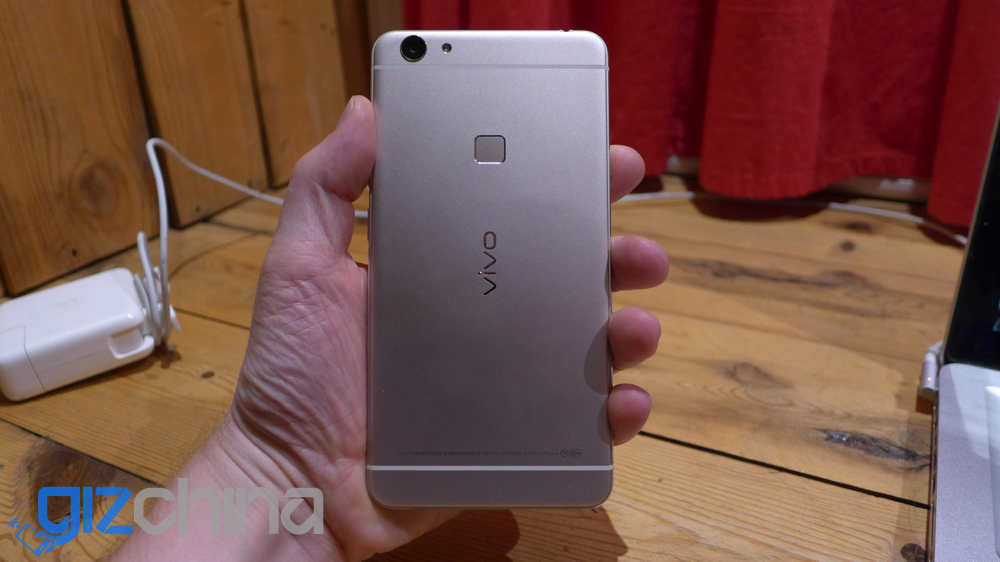 Other features are dual SIM support, a built-in 3000mAh battery, and LTE. I had read in previous reports that the Vivo X6 Plus has room for a micro SD card but this doesn’t seem to be the case but I’m not sure that’s going to be an issue as the phone has 64GB internal memory. 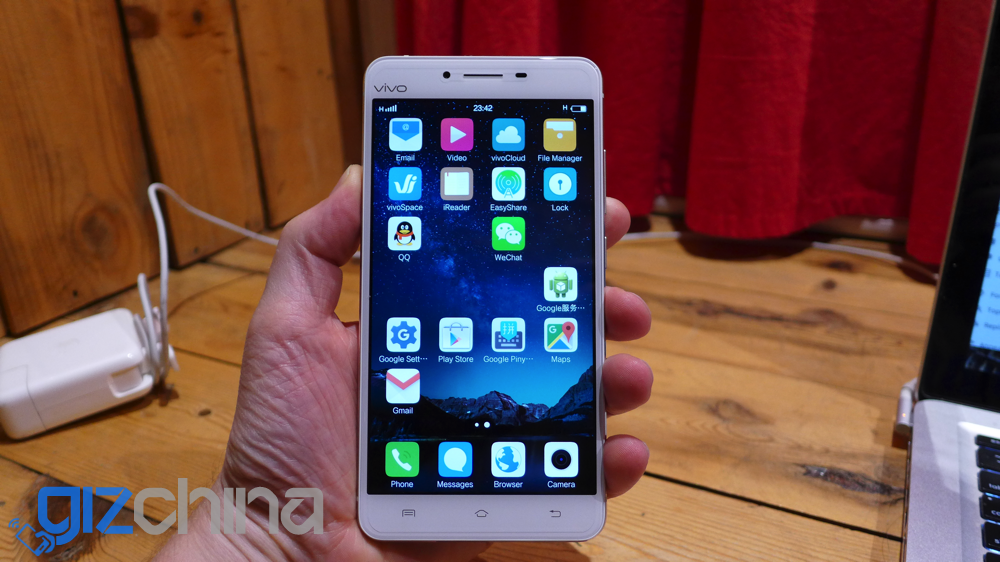 Processing comes from a 1.7Ghz Mediatek MT6752 chipset and 4GB RAM, which work together to run Vivo’s own Funtouch OS based on Android 5.1. 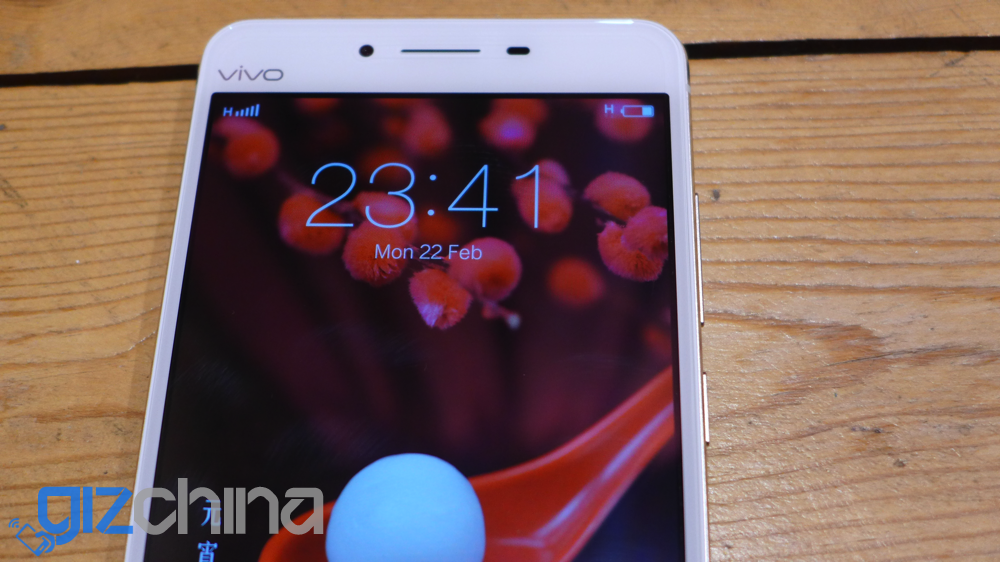 Firstly the screen is very bright. I turned the phone on in a dimly lit restaurant and nearly blinded myself! In the hand the phone feels comfy for a 5.7-inch device, and although it’s slightly heavier than some other phones, its nicely balanced in the hand.

Vivo warned me that the phone is for the Chinese market only and they don’t plan to launch it in other markets, so I should beware that Google services aren’t installed. Luckily there is an easy to use installer application in the Vivo app store which fixes that issue and Google is up and running like it should after just a few moments. 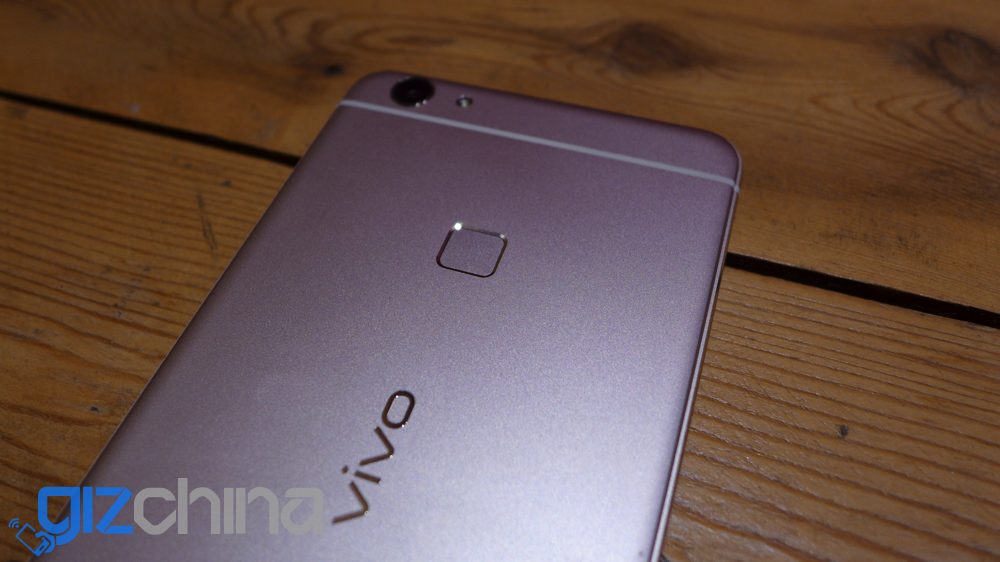 The rear facing fingerprint scanner has to be one of the most accurate and fast reading I have come across so far. Setting the sensor up was very quick, and in use it takes less than a faction of a second to unlock. I don’t think there is a phone on the market today with a faster fingerprint scanner.

After my disappointment with the rear camera on the Vivo X5 I was eager to see how the 13 mega-pixel shooter on the X6 Plus would perform. The new camera now has PDAF along with an F2.0 aperture and so far it has performed really well which is saying something as I have only used the camera at night without the flash. The speed and quality of the images has already helped the Vivo X6 Plus become my companion for the rest of MWC (and perhaps the first half of 2016 too). I’ve not uploaded images this time simply because my WIFI connection won’t let me upload original unaltered samples, so tomorrow I’ll post my current night shots and some daylight images in another post.

With my Vodafone SIM inside the phone I am getting 3G data speeds but so far I haven’t managed to get LTE. I also find that data drops quite frequently but I don’t know if this is to do with my SIM and the fact this phone is meant only for the Chinese market or if it’s a software issue. There is an update waiting to be downloaded but I have held off as I don’t have a decent WIFI connection available.

Vivo X6 Plus hands on gallery

I’ll film a hands on with the phone tomorrow when I get time, but for now I am going to sleep so I can head to MWC early first thing tomorrow. Keep posted for more news then.

Next Vivo Xplay 5 getting Hi-Fi 3.0 feature plus possible renders