It’s been a very busy day (you can probably tell by the lack of updates) but I managed to get my hands on a few things I can show you (and some I can’t yet) like the latest Doogee flagship.

While I say I got my hands on the Doogee F7, I didn’t actually manage to use the phone as this version wasn’t working and the only other model had been swiped by a ‘customer’.

What I learned from the phone is that the device is slimmer than I imagined it would and has a metal frame (something that another highly expected Helio X20 phone does not have!). 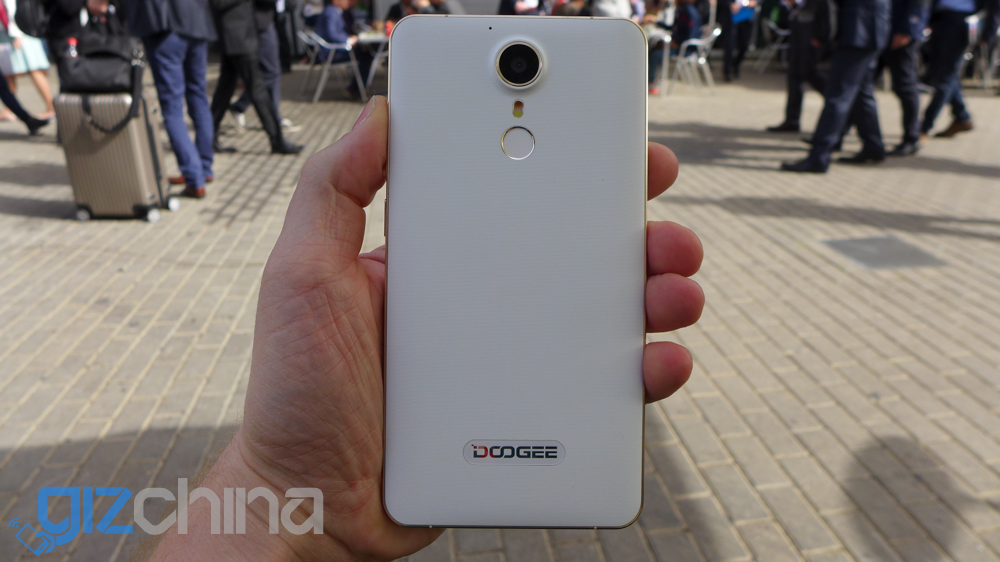 The version of the phone I had in my hand is the Doogee F7 with a 5.5-inch screen and boasting, 3GB RAM, 16GB memory, 16 mega-pixel rear camera, 8 mega-pixel front camera and a 3600mAh battery. 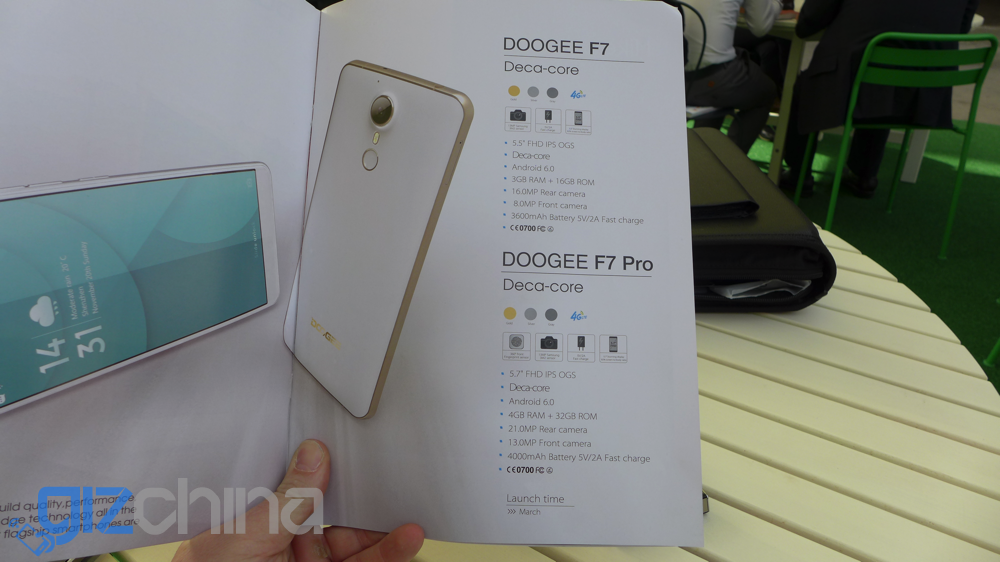 Both versions of the Doogee F7 get Android 6.0 Marshmallow,, 5V/2A fast charging and that powerful 10 core Mediatek Helio X20 chipset.

Doogee plan to launch both the Doogee F7 and Doogee F7 Pro sometime in March in gold, grey and black. Pricing is rather competitive with the F7 getting a RRP of around $180 and the F7 Pro roughly $200.

I also tried a few other Doogee products including their rather cool Doogee P1 Projector that they leaked on Facebook a few days ago. More on that and other device from MWC coming soon.