After the impressive Spro Plus projector/hotspot/tablet, ZTE have announced two news phones at MWC 2016: the ZTE Blade V7 and the Blade V7 Lite.

The Blade V7 is powered by the MediaTek MT6753 octa-core processor that you’ll find in most mid-range Chinese phones. Besides that, theres 2GB RAM, 16GB on-board storage, a 2500mAh battery and a 13 mega-pixel / 5 mega-pixel camera combination. The display is a 5.2-inch 1920 x 1080p panel. The Blade V7 is quite a slim phone, measuring in at just 7.5mm (thickness). 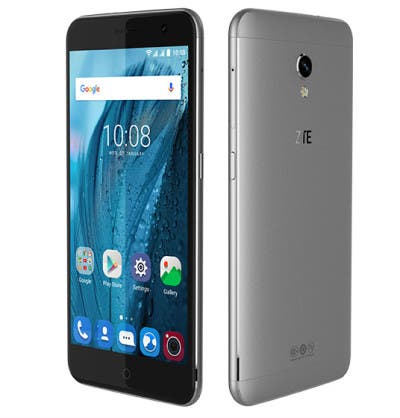 The Blade V7 Lite, on the other hand, is powered by the quad-core sibling of the MT6753 — the MT6735P. This device features a 5-inch 1280 x 720p display, and the same 2GB RAM/16GB storage as the V7. The V7 Lite is very similar in looks to the V7, and also features the same 2500mAh battery. However, the V7 Lite targets the selfie generation with 8 mega-pixel cameras on the front and rear.

These Android 6.0 Marshmallow powered phones are expected to go on sale in Spain, Mexico, Germany and Thailand later this year. No pricing info was made available while going to press.