With the Xiaomi Mi5 launched, the next exciting phone to watch out for is the Vivo Xplay 5. The 6GB RAM flagship has already been spotted on video in a short speed test against the iPhone 6S and Vivo X6.

With 6GB RAM and a Snapdragon 820 chipset, Vivo are saying the Xplay 5 is going to be fast, but it’s not just about pure horsepower and the company say that their phone uses its hardware in the smartest way possible. 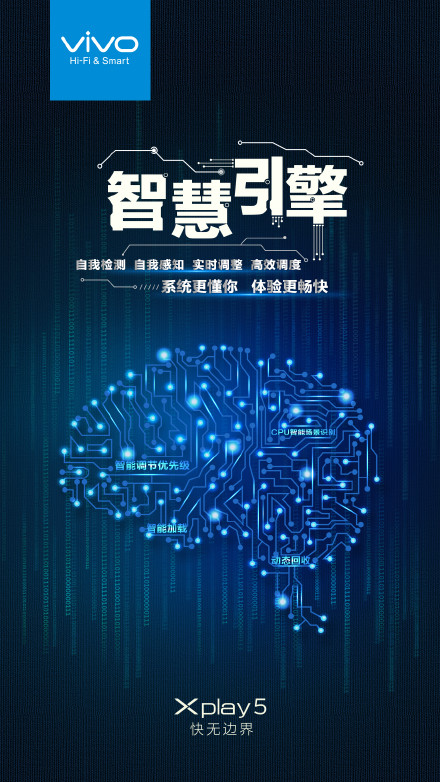 How Vivo have managed to make their phone any smarter than the Xiaomi Mi5 (which has the same SD820) we won’t know until the launch, but to give us a taster on how fast the phone is a short video has emerged.

The video shows a heavily disguised Vivo Xplay 5 in the middle, with iPhone 6S on the right and Vivo X6 on the left. The video shows that no phone has any background apps running and then launches the Wechat application on each of the 3 phones.

The Vivo Xplay 5 opens the app almost instantly while the iPhone 6S is second and the X6 last. It’s not much to go on but it does give us an idea of the instant speed the Vivo Xplay 5 will be capable of.

What we would like to know now is what the camera specs, fingerprint scanner and design of this anticipated phone are going to be like?

Next No.1 add another circular smartwatch to their portfolio