Qingdao based Hisense were also present at MWC with their newly launched Hisense HS A1 dual camera smartphone.

Hisense are primarily a home appliance maker, with a range of smart TVs, tablets and white goods. They also make smartphones too, although their current market share remains quite small compared to other larger (and small) Chinese brands.

At MWC Hisense had a couple of Android phones on display, but by far the most interesting was the Hisense HS A1 dual camera smartphone. Dual camera phones have been seen in the past, and we expect more dual camera devices to launch this year. Generally dual cameras on the rear of a phone mean more light can be captured and images with deep fields of vision can be achieved. 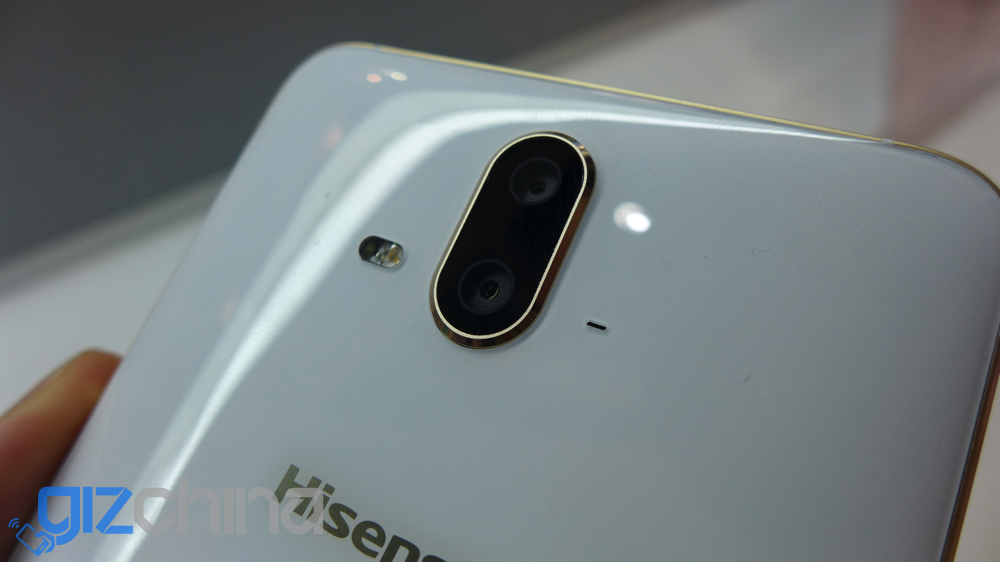 The rear camera design on the HS A1 is made of a single 13 mega-pixel camera and secondary 2 mega-pixel camera. Going through the UI of the camera app it isn’t clear what function the second camera offers, but a chat with the Hisense staff confirmed its used for creating photos that can be refocused after being shot, and … well that’s all. It is a novel feature, but we have seen other phone makers (Meizu for one) offer the same feature with just a single camera, and on the other hand Huawei offer a better function on the Honor 6 Plus.

If the dual camera design doesn’t do it for you then there is a 5.5-inch Super AMOLED FHD display up front, octacore Qualcomm chipset on the inside, 3GB RAM and a 3000mAh battery too. There is also an Android 5.1 OS and the physical home button has a fingerprint scanner.

The HS A1 should already be on sale in China now, and is likely to turn up in big box stores across certain areas of Europe in the coming months.