Ulefone have revealed the final full specifications of the Ulefone Future after showing the device at MWC last week.

Ulefone are making a lot of noise about their Ulefone Future device. We got hands on with some early production samples of the near bezel-less phone at MWC, but at that time reps from the company weren’t 100% sure what the final configuration of the phone would be.

Today though the cat is out of the bag and we can confirm the final pieces of the Future puzzle. 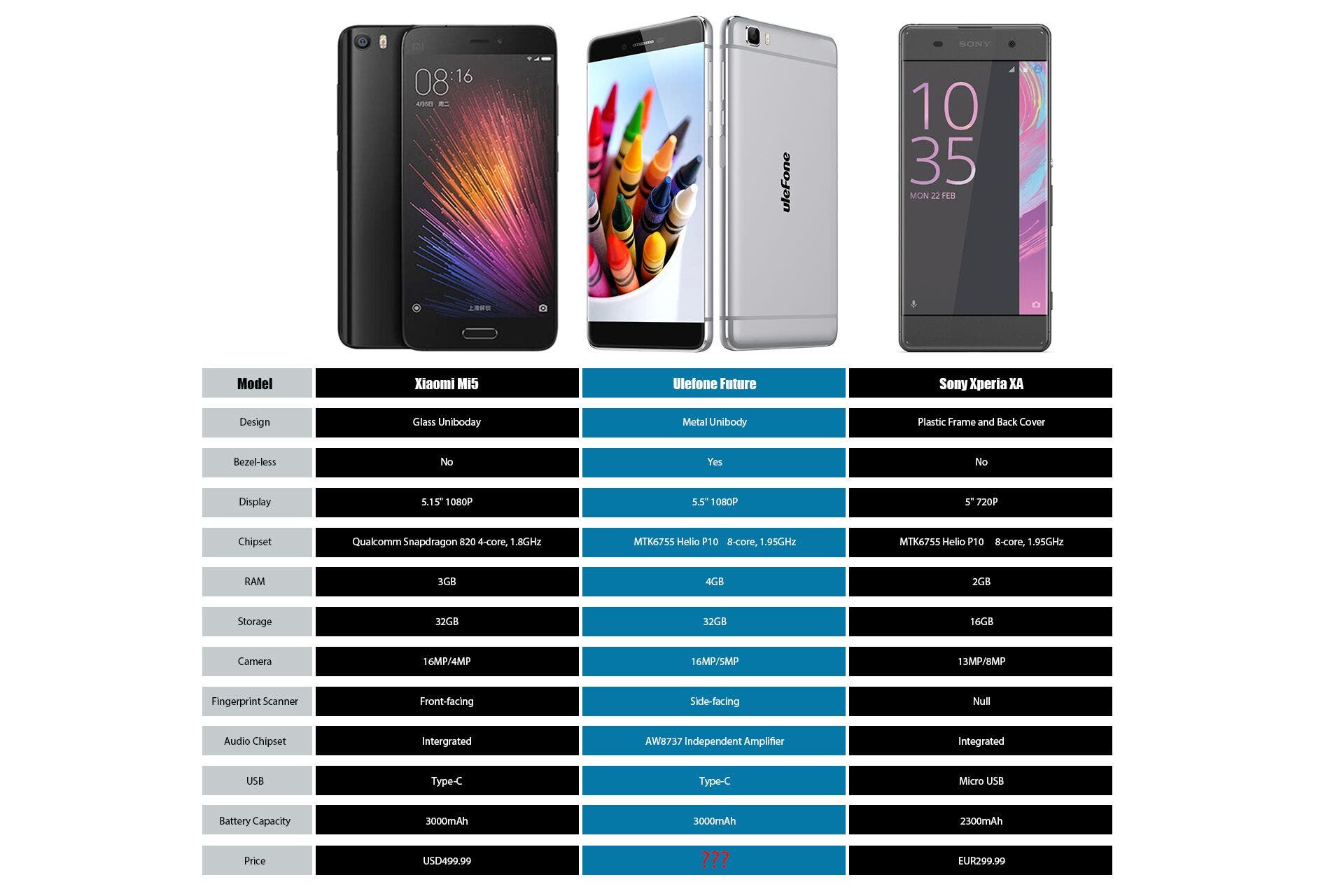 As already announced the Ulefone Future will have 5.5-inch 1920 x 1080 FHD display, side mounted fingerprint scanner, Mediatek Helio P10 (1.95ghz) SoC and 4GB RAM. New details of the phone include 32GB internal memory, Type C USB, 3000mAh battery, 16 mega-pixel rear camera, 5 mega-pixel front and built-in 3000mAh battery. An interesting feature is the inclusion of an audio HIFI amplifier, something we haven’t seen from Ulefone in the past and a detail that should improve audio quality.

The models we tried at MWC ran Android 6.0 and we assume this will remain part of the spec, now we are just waiting to hear about fast-charging, which camera modules will be used and the final pricing.

Next UMi Touch on offer again, save $30