Blitzwolf isn’t a brand that’s usually discussed here at GizChina, but some new interesting products have caught our attention. The Blitzwolf VR Headset happens to be one of them.

At $28.99 shipped worldwide ($37.99 via Amazon), the gadget is fairly affordable. And yet, it costs quite a bit more than the Google counterpart (aka, Google Cardboard — and its clones).

Here’s a bit of a disclaimer though, before we proceed with the review. I’ve only tried the OnePlus Cardboard prior to using the Blitzwolf VR, so there may be things you might want to know about even after reading the review. Which is what the comments section ready for!

So let’s get started with the Blitzwolf VR Headset Review! 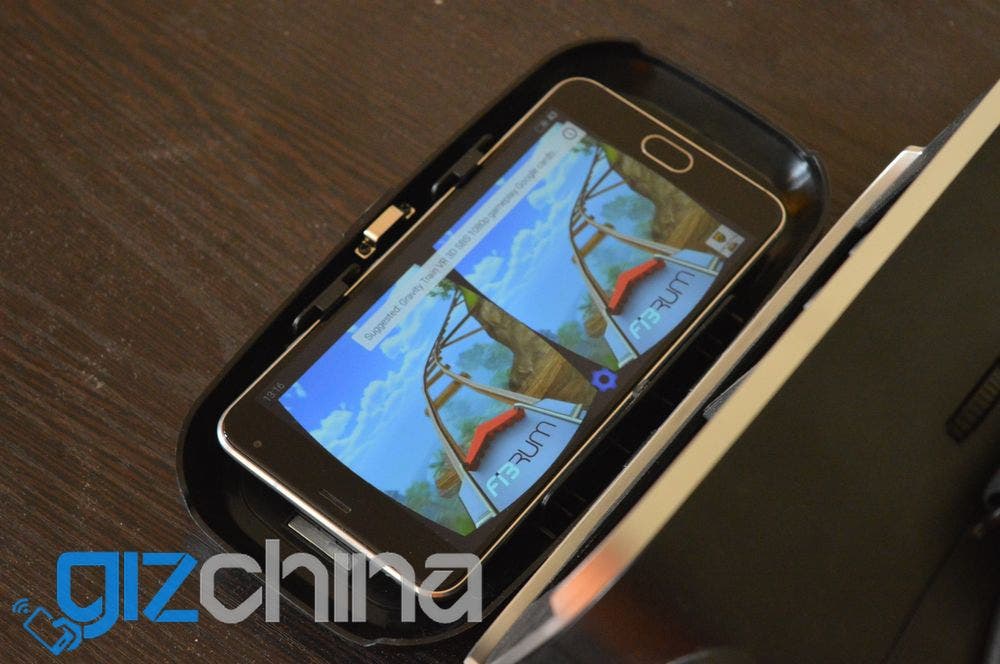 The Blitzwolf VR Headset sits somewhere between Google’s Cardboard and Samsung’s Gear VR. In the sense that it’s more powerful than the Google Cardboard (way more), but definitely second to the Gear VR.

Right off the bat, the Blitzwolf VR Headset gives the impression of being a quality product. While the materials used in construction of the unit agree with the initial feel, the precision leaves a slight bit to be desired.

The gadget is, however, extremely comfortable to use. This is because it is fairly lightweight, and comes with leather padding.

The USP of the Blitzwolf VR Headset is that almost everything is adjustable. In fact, the gadget also allows for eyesight correction (up to a certain level), which is a must-have feature since the leather padding doesn’t allow you to use the headset with your prescription glasses.

I use prescription glasses myself (for short-sightedness/myopia), but the correction feature on this VR Headset has been satisfactory.

Besides eyesight correction, the VR Headset allows for correction of Pupillary Distance (PD). In other words, you can adjust the distance between the lenses so you see one single, clear image. This in my opinion is an extremely handy feature if you wish to use your VR headset correctly, without giving yourself a headache while using the gadget.

I tried a few apps on the headset, all of which worked just fine. Just in case if you own a VR headset, do try Lamper VR. It’s a lot of fun!

Speaking of convenience, it is a pain in the neck to:

…which is why, you’re highly recommended a Bluetooth controller.

Like any other optical device, the lenses on this headset attract a lot of dust. It is usually a good idea to keep the headset in a drawer or something while you’re cleaning the room, and I’m speaking from experience. Thankfully though, the retail box comes with a microfibre cloth to clean the lenses.

*while the in-built correction mechanism covers most users, presbyopia patients might not be able to use the VR headset at all.

I’d say the Blitzwolf VR Headset is a gadget worth it’s asking price. It would be really helpful for buyers and the factory if the seller shaved a couple dollars off of the asking price of the gadget, which at the time of writing this review reads $28.99 (from Banggood.com; use coupon 12blitzw to get an additional 10% off).

It has its shortcomings, which fortunately aren’t many. The eyesight adjustment knobs, for instance, have play in them. While not a functional shortcoming, it does give you an impression of poor QA. That said, I advice you to use the adjustment knobs simultaneously (instead of using just one, which in the long run will increase the play).

In the end, it’s a no-frills, comfortable VR headset that anyone with an Android phone can use. VR for the first time is a hell lot of fun, and even if you’ve had a taste of VR before, the Blitzwolf VR Headset can be a good upgrade from Google/OnePlus/other Cardboard.