The TV Box industry in China may not be as fast paced as the smartphone sector from the same region, but there are certainly some quality products being dished out.

Fortunately or unfortunately, the spec war isn’t quite as intense on the TV box market as it is with phones and tablets. A bit more emphasis is on compatibility and UI.

The Zidoo X7 is a new TV box that’s meant to make your ‘dumb’ TV smart, and your life a little more convenient. At $59 shipped worldwide, the Zidoo X5 is fairly affordable. We took the TV box for a little spin, and here’s what we think.

Zidoo isn’t the oldest name in the TV box industry, and is often overshadows by the likes of behemoths such as Minix, etc. However, Zidoo has shown interest in producing polished products, which definitely is the need of the hour at least as far as Chinese gadgets are concerned. What good is a badly optimised computer, anyway?

As for the specifications of the X5, it isn’t the most powerful — the $59 price tag would’ve given you a fair idea about that. That makes it obvious that the X5 isn’t made for hard-core gaming, but mainly for web-browsing and video consumption.

Let’s take a look at the full spec of this new TV box:

The Amlogic S905 is a fairly new quad-core chip, developed mainly for budget TV boxes (and probably tablet PCs). The S905 is a direct competitor, and often second to, the octa-core Rockchip RK3368 which is priced similarly.

Zidoo X5 Review: In the box

Here’s what you get inside the Zidoo X5 retail box: 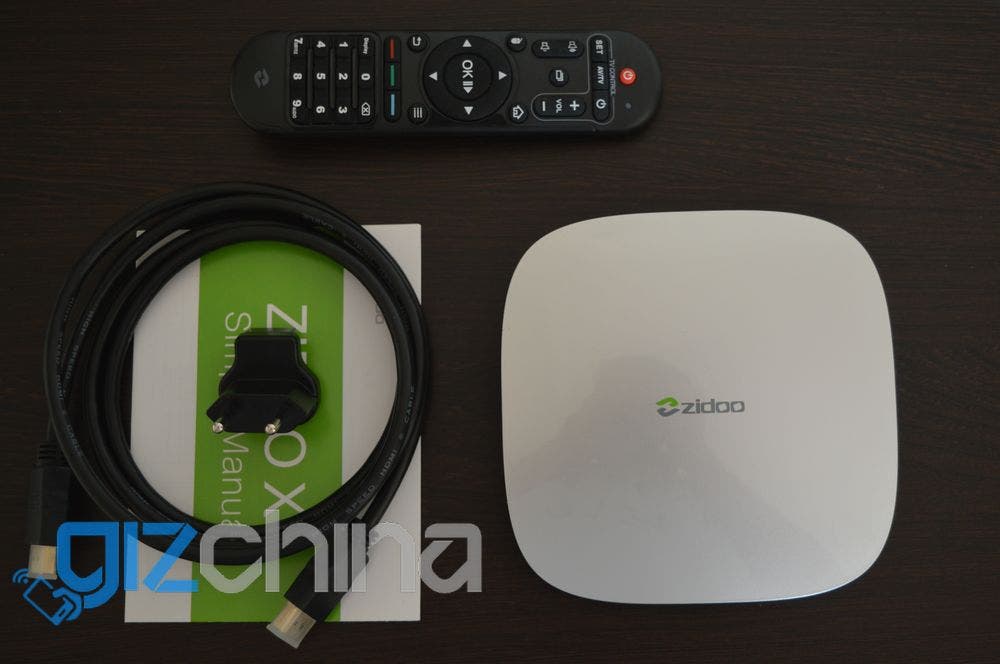 Right out of the box, the X5 looks like a pleasing, quality product. The glossy plastic along with a tapered design give the X5 a very ‘fluid’ look. Thankfully, the plastic has a coating that means it doesn’t get smudged. 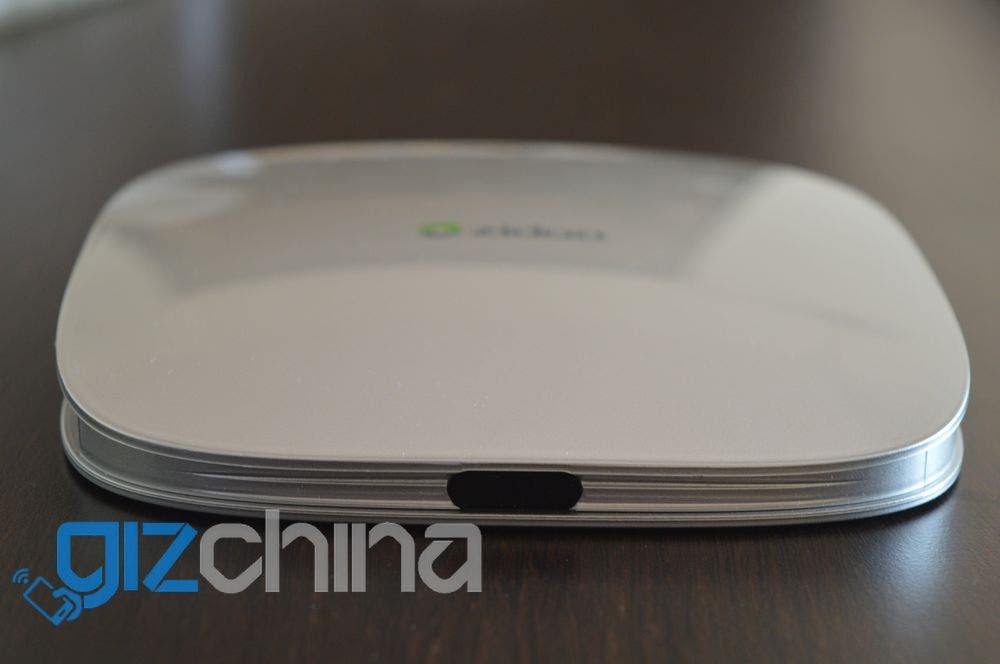 You’ll find the IR sensor on the front. 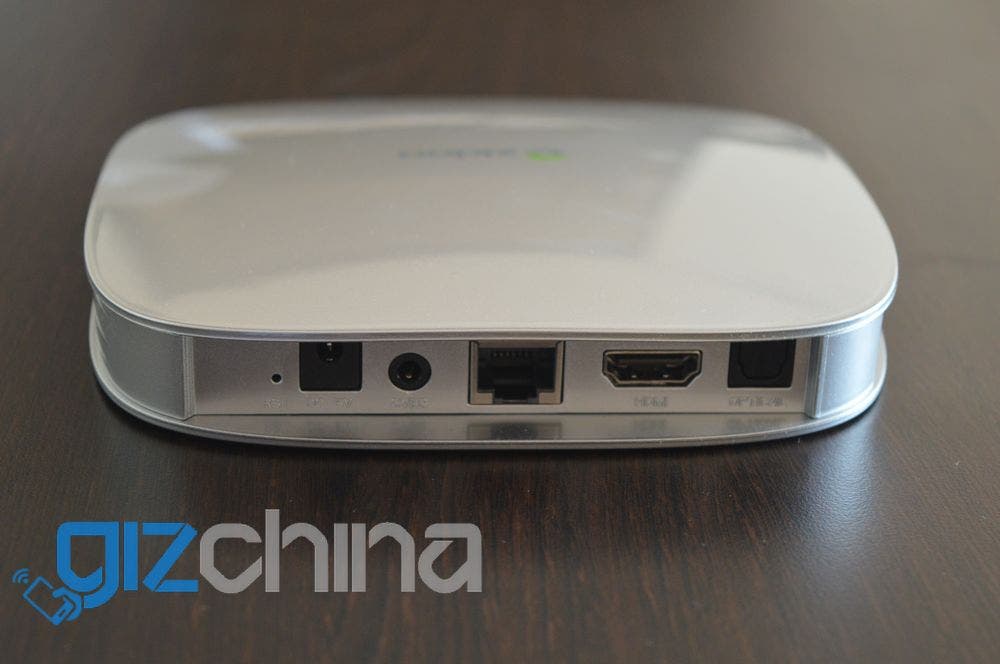 The rear of the X5 has the following ports/buttons: reset hole, DC power socket, AV out, Ethernet port, HDMI out and optical audio out. As usual, you’re required to poke the reset hole with a pin to force reboot a not-responding TV box. 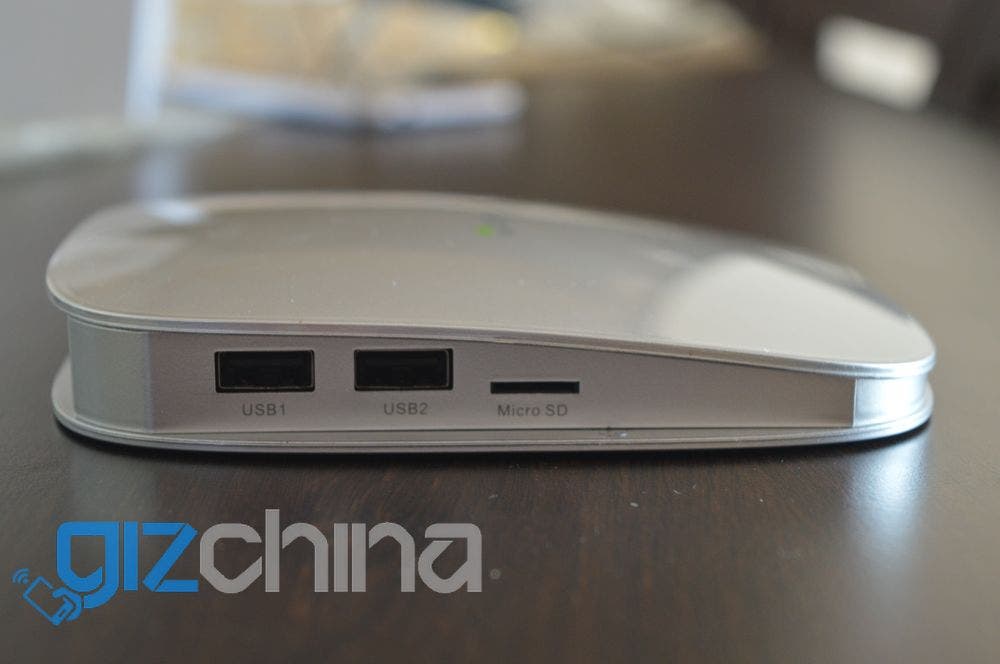 The left edge of the Zidoo X5 is where you’ll find the two USB 2.0 ports and the microSD slot. Personally, I feel its a good idea to have USB and microSD slots (basically ports that you are going to use more often) on a more accessible edge (as in this case) than having everything on the rear. 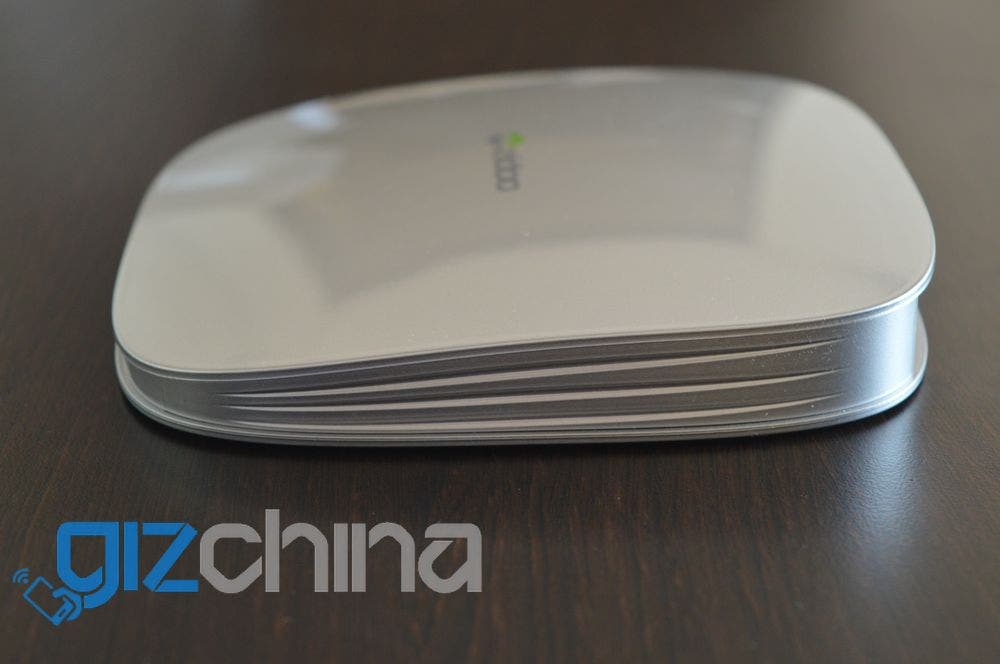 Nothing on the right edge.

As you might have noticed, there is no power button on this TV box. It simply boots up when you connect it to a power source. 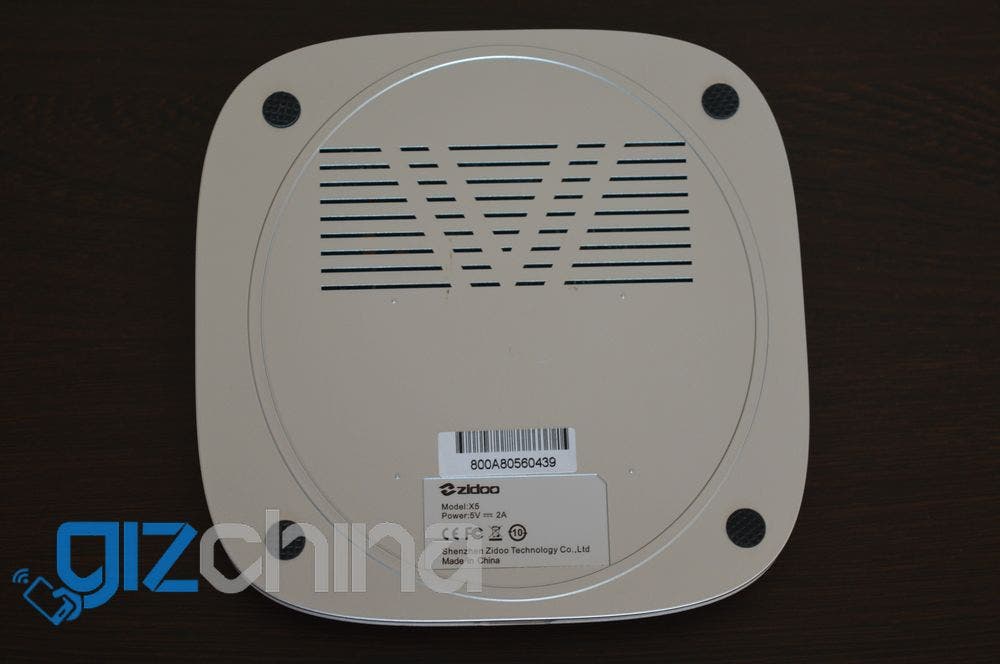 Through the couple of weeks of usage of the Zidoo X5, I’ve been left fairly impressed with the general usability that Zidoo’s customs skin offers. They call it ZIUI (hmmm), and almost everything in the UI is changed to better suit the remote-based input on a large screen.

For me, the screen is a 23-inch FHD monitor. What I noticed sadly is that the X5 does only 720p, which is definitely a bit of a shame for a 2016 TV box, however affordable it be. This setting though, can be changed for individual apps. This means that video, games and other apps can still be used at 1080p. 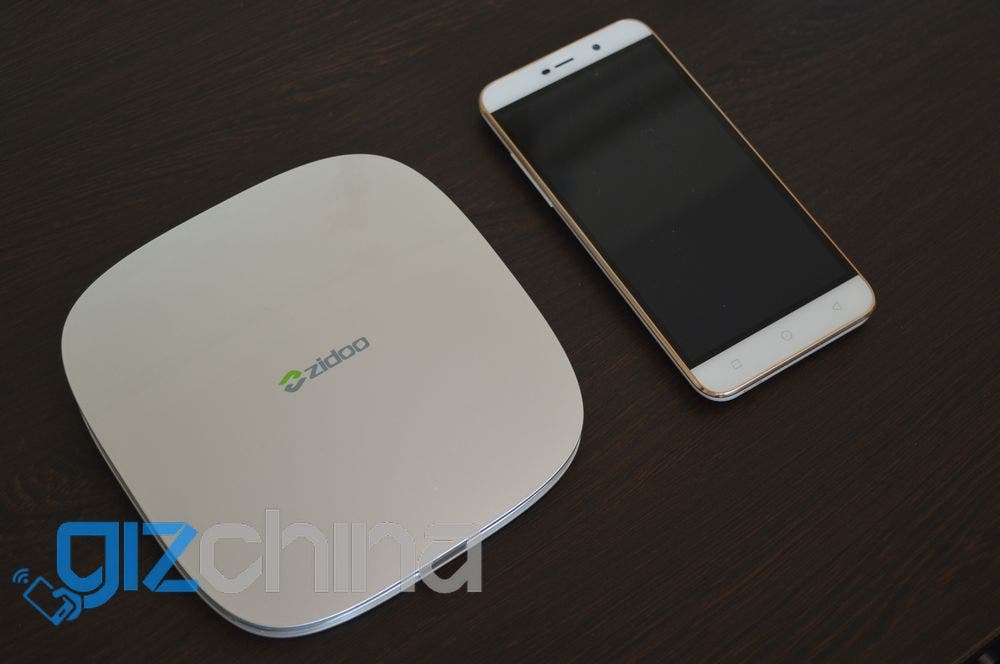 I tried playing back video with various resolution, and found that the X5 had no problems whatsoever playing video at up to 4K 30fps. 60fps at 4K is when the problems start arising. For me that isn’t a problem though, since I don’t own a 4K television. If you do, you may want to wait till either a firmware upgrade fixes this issue or another TV box around the same price manages playback.

As for games, the X5 did surprisingly well with rendering them at 1080p whenever possible. Subway Surfers, Riptide GP are among the few I tried.

The Zidoo X5 isn’t the most powerful TV box on the market today, which you need to keep in mind before deciding what you want to expect from the device.

Here are some benchmark scores that the Zidoo X5 manages:

I expected slightly better benchmark scores considering how snappy the TV box felt. Benchmarks are supposed to reflect general performance, and not the other way round, isn’t it? Not an issue. 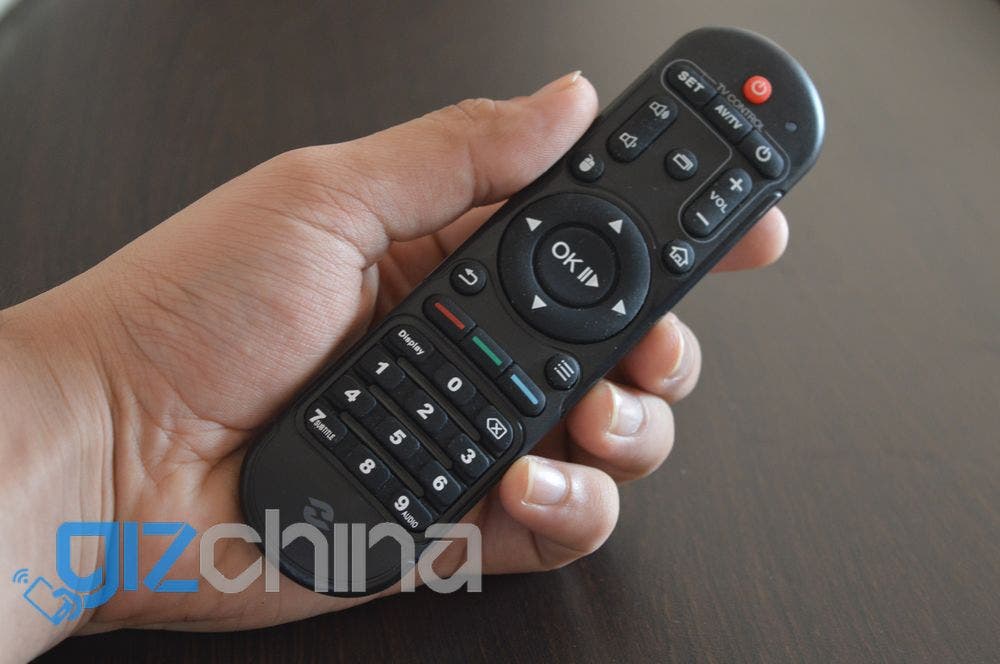 While I’m happy about the included IR remote and its build quality, you definitely need an air mouse to use any TV box. It isn’t long before air mice become a standard box accessory with TV boxes such as this one.

The included IR remote can be used as a ‘regular’ remote, and you can use the arrow buttons to switch between objects. Or, you could press the ‘mouse’ button, which brings a pointer on the screen which can then be controlled by the same arrow buttons. Use this feature for more precise movements. However, neither of the two are an ergonomic solution. You definitely need an air mouse, or you’re going to be left frustrated.

The remote has an interesting feature though, that of ‘learning’ commands from other remotes. For this, the included remote has four programmable buttons on it, which Zidoo expect you to use with your TV: turning it on and off, volume up and down, and TV/AV. That said, nothing’s stopping you from using it with other devices — an air conditioner, for example. 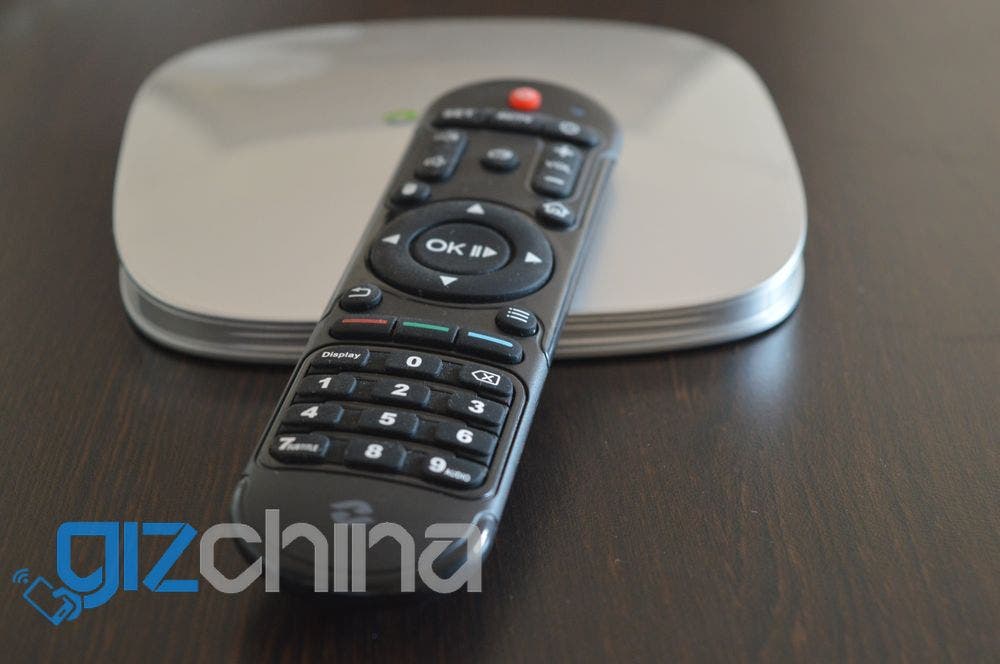 If you don’t plan on playing hard core games, and want a simple and effective solution to set up a home theatre/turn your dumb TV smart, the Zidoo X5 is a great place to start. I’m hoping Zidoo support the X5 for a few months at least with regular firmware updates and such and get the 4K/60 issue ironed out as soon as possible.

Besides that, I have no qualms about this neat TV box. As mentioned above, don’t forget to get an air mouse (Mele make some great air mice) to truly unlock the potential of any TV box.