We’re seeing a shift from smartwatches to VR this year, but even in this transition period there are huge choices for both type of wearable and neither has to cost a packet either.

Reseller Lightinthebox are offering 4 wearables at special prices during their 9th Anniversary sale more details below.

The X5’s party piece is it’s retail price of only $39.19. The wearable comes in black with a 1.54-inch 240 x 240 IPS display and runs on a Mediatek MTK2502C chipset. All the usual features are included such as a heart monitor, sleep tracker and notifications. 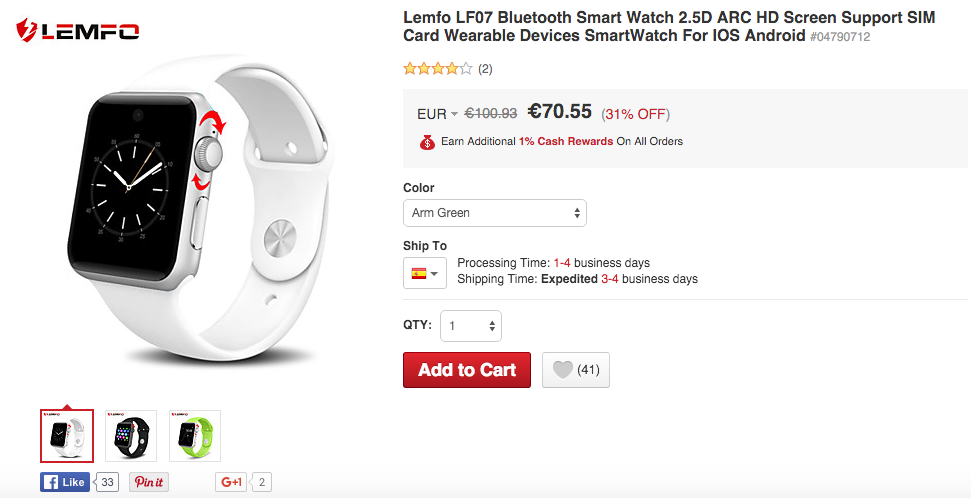 A slightly classier design and a little more expensive, the Lemfo LF07 takes on the appearance of an Apple Watch with curved metal body and 2.5D display. Available colours are white, black and green with pricing at $70.55.

This VR headset claims to have a wider filed of vision that the Oculus DK2. The Deepoon VR headset has a 120degree field of vision and AMOLED display. Pricing is a little on the steep side at $362.59 though.

This is a more simplified VR headset which requires you to use your own Android smartphone inside. The plastic headset features dual adjustable lenses and a comfy design for hours of VR.