Chinese manufacturer UHANS is not an unknown player on the market since their release of two phone models during last year. First one of them, UHANS U100, pretty strongly resembled the extremely pricy luxury british Vertu phones with its design and the next installment of the “U” model line, UHANS U200, looked like a crossover between the aforementioned Vertu and Doogee D700 Titans 2.

According to latest news UHANS plans to come this year with a new model line “S” (stylish and sleeky) and first one to the party should be UHANS S1, which is expected to hit the market in April. The company chose to pin the slogan “Beauty outside and monster inside” on it so lets see if the new UHANS S1 will be worthy of such words.

So lets summarize briefly what we know about the model so far. Display should be 5″, covered by 2.5D curved glass, sporting only 1.3mm slim bezels and with so far unknown resolution. Internal specs include octacore processor MT6753 paired with 3 GB RAM and the company specifically emphasized the aim to be the most affordable MT6753 device on the market. Other features revealed so far are 13 Mpix + 5 Mpix set of cameras, multifunctional fingerprint reader and very thin metal body measuring at its thickest point 6.8mm (4.9mm at the thinnest). 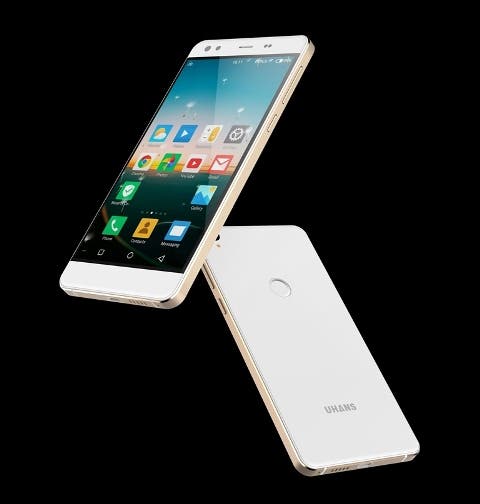 As the system will serve the chinese Freeme OS 6.0 (based on Android 6.0 Marshmallow).

Pricing of the UHANS S1 hasnt been revealed yet, but its expected to be extremely competitive.

Get the UHANS i8 for a super low price on Aliexpress