Obviously named after the recently launched iPhone SE smartphone, the Meizu MX5E offers many of the features of the regular MX5 but with a new lower price of 1399 Yuan.

Compared to the regular Meizu MX5, the MX5E is 100 Yuan cheaper, and has a few downgrades to cut the pricing, one being the drop in processing speed from 2.2Ghz to 2.0Ghz and a reduction in mega-pixels for the rear camera to 16 mega-pixel (down from 21MP). 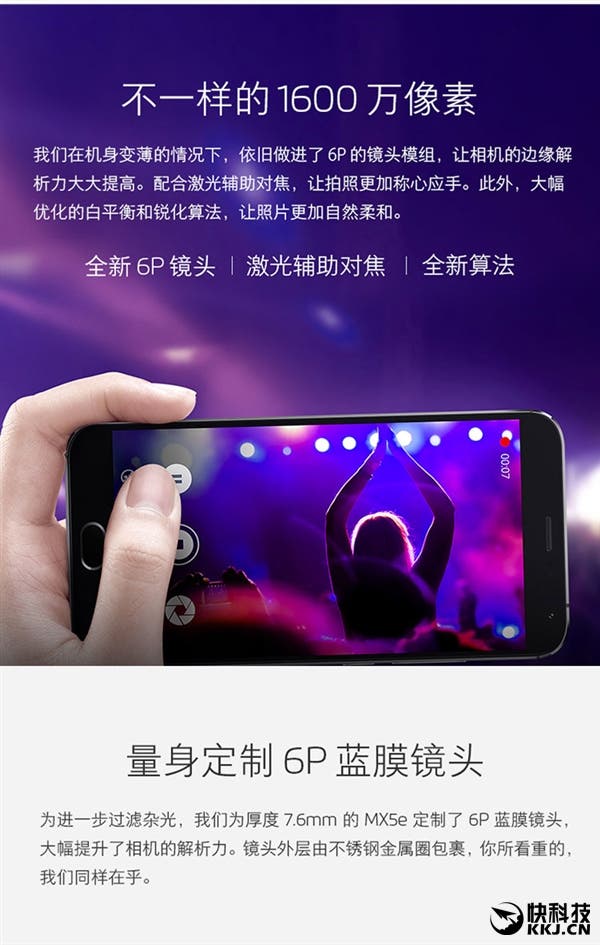 It’s not clear if Meizu plan to launch this new version of the MX5 outside of China, but if they were too we’re not sure how much cheaper it would be (or if the saving would be worthwhile).

Earlier today the Meizu M3 Note pricing was revealed to be 1099 Yuan with features similar to the Meizu Metal. What are your thoughts on Meizu’s current range of phones?

Previous Vido W8C, a handy Windows tablet on the cheap

Next Bluboo Picasso Hands on and First Impressions