We know that in just a few days (19th April) Nubia will have a launch in Beijing, but what will that launch be for? Well the Z11 Mini looks to be one phone but could the Nubia X8 also arrive too?

We’re tipping our hat to TENAA again this morning after the agency posted details of a phablet sized device that may well be the Nubia X8. Specs tell us the phablet has a 6-inch 1920 x 1080 display, while the images show us a near borderless design could have been implemented.

The all metal phone has a rear fingerprint canner, red ringed main camera, and dual LED flash, with a design that looks like many other 2016 phones we have seen so far (Meizu, Xiaomi, Lenovo is that you?). 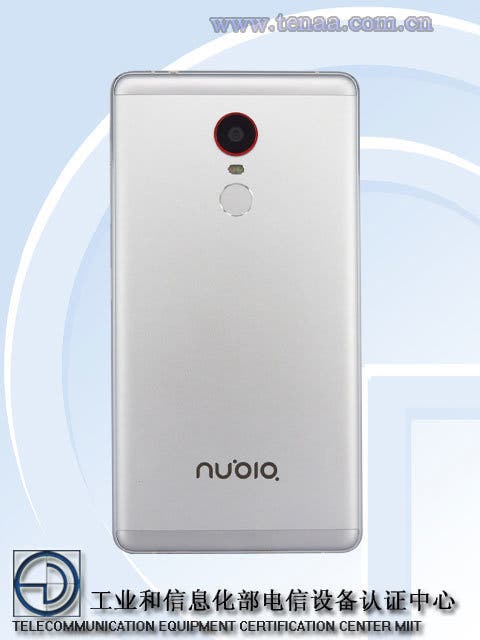 Under the skin the phone gets a 1.8Ghz chipsets, possibly the Snapdragon 652, 4GB RAM + 64GB memory, 8 mega-pixel front camera, and 16 mega-pixel rear. The battery is a 4000mAh unit, which should be ok for a day of use, but in this day and age we would like to see a larger cell for such a big device.

We don’t know for sure if this Nubia Phablet will launch on the 19th but keep tuned for details.

Previous Another Meizu this month? Meizu M3 shows up at TENAA

Next UMI Touch could be the first Mediatek getting CM13