With the launch of the Meizu M3, and yesterday the Meizu Pro 6, surely Meizu are going to take a rest, but no! Today, their budget Meizu M3 shows up at TENAA!

The Meizu Meilan range of phones is split in to two devices. There is a Note model (M1 note, M2 Note, M3 Note) which so far has had a 5.5-inch display and seems to target the Redmi Note in the market, and there is a smaller 5-inch M model (m1, m2 and now m3).

The Meizu M3 could be Meizu’s next launch, as the phone has just shown up at TENAA where images and official specifications have been released ahead of launch. 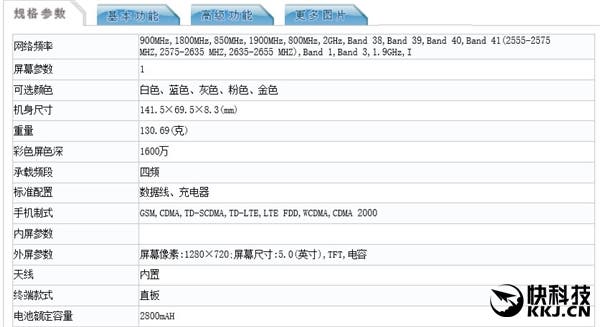 It’s not all that surprising though to see that the Meizu M3 appears to be almost identical to the previous M2. The phone runs a 5-inch HD display, 1.5Ghz processor, 2GB RAM, 16 GB storage, 13 mega-pixel main camera, 5 mega-pixel front and seems to have the same plastic body as the M2 rather than moving on to metal.

One update is the battery though which apparently will be updated from 2500mAh to 2800mAh. Funnily enough that is larger than the battery in the Pro 6 launched yesterday! The phone will also get a slightly thinner 8.3mm body.

The model that passed through TENAA is a YUNOS model, but the phone is also likely to come with Flyme based OS with guesstimated pricing of around 600 Yuan. All in all, not worth the upgrade based on these details, what do you think?

Previous Is this the first teaser for the ZUK Z2, or the ZUK mini

Next Suspected Nubia X8 spotted at TENAA, could launch alongside Z11