Seems like we are getting another Huawei device pretty soonish, because they have just announced new model coming on May 4th. Apparently it’s another watered version of the successul P9, but instead of originally planned Huawei P9 Youth edition it should be named Huawei G9.

Thanks to the TENAA certification pictures we have some idea about the design, but the specs are not fully clear and confirmed so little bit of speculation needed for that. The phone’s body while inspired by the P9 flagship design seems to be made of plastic or polycarbonate. G9 body should be only 7.5mm thin, weighing 143g and available in black, gold and white colors. 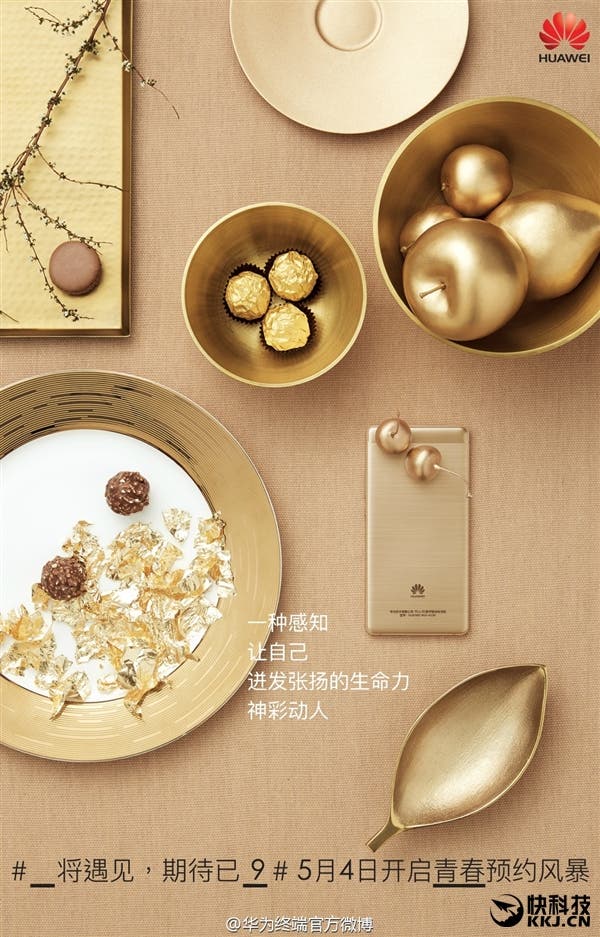 Display is staying also the same with 1080p 5.2-inch one, but the change comes with the processor, where the G9 should use the new octa-core 16nm technology Kirin 650 clocked at 2 GHz paired with 3 GB RAM. Rear camera is downgraded to single 13 MPix shooter setup while front one stays 8 MPix. Battery capacity should be 2900 mAh, fingerprint scanner in the rear is also present but there doesn’t seem to be the USB Type-C port. Of course comes with Android 6.0 surely with some EMUI on top of it.

What’s really problematic in my eyes is the suggested price, because the Standard version of Huawei G9 should be selling for 1688 yuan (260$) and some unknown Advanced one for 1988 yuan (307$). It makes zero sense to me when the company just few days ago released the Honor 5C with very similar or marginally worse specs for literally HALF the price. Let’s see on May 4th if that stays for real.