Meizu is not really twiddling their thumbs so far this year and last month they have introduced the Meizu M2 successor named unsuprisingly Meizu M3. And at a first glance we have to say it looks just the same as the previous generation model.

Back cover is once again made from polycarbonate with different color variants, but the front is now covered with 2.5D glass. The glass is not the common Gorilla Glass though, but very much the same positively rated Schott Xensation. Display itself is 5-inch one with HD 1280×720 pixel resolution.

As a processor we can find in Meizu M3 the octa-core Mediatek MT6750 with the Mali-T860MP2 GPU included. There are two different configurations of the phone available, the lower one offers 2 GB RAM and 16 GB of storage, while the higher gets bumped up to 3 GB and 32 GB of storage. What’s also needs to be said is the fact that the storage is expandable due to the phone being a hybrid dual SIM variant. Main camera has 13 MPix sensor with f/2.0 aperture and PDAF support with fast focus up to 0.2s. Selfie front cam gets 5 MPix shooter with f/2.0 aperture. Battery capacity is 2870 mAh and everything is running on Flyme OS 5.1 based on Android 5.1 Lollipop. 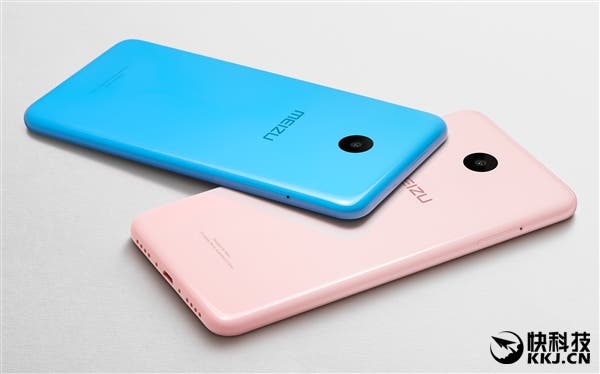 Meizu M3 has been so far offered only on the chinese market with every aggressive price tag, but with the international availability the price goes slightly up. The lesser version of M3 (2GB+16GB) is for sale for example here in grey, gold, pink or blue variant. But you have to expect a little bit less of a crazy deal that is possible for the chinese customers back home.

Previous Xiaomi Max could be way pricier than expected