The sub $100 market has really warmed up over the past few months with many of the better known phone makers vying for a position. The Homtom HT5 represents one of Homtom’s more affordable phones, but does it make for a compelling buy?

Homtom sprang on the mobile market last year with phones that focussed on large batteries. Their range has included some good sellers, and this is their second sub $100 (the first being the cheaper HT3).

For the HT5, Homtom have tried to keep their trademark larger battery, and faux wood rear panel and keep pricing and performance competitive. Let’s see how they did.

All budget phones are going to see some corner cutting here and there, and in the HT5’s case the money appears to have been saved in the design portion of the phone. 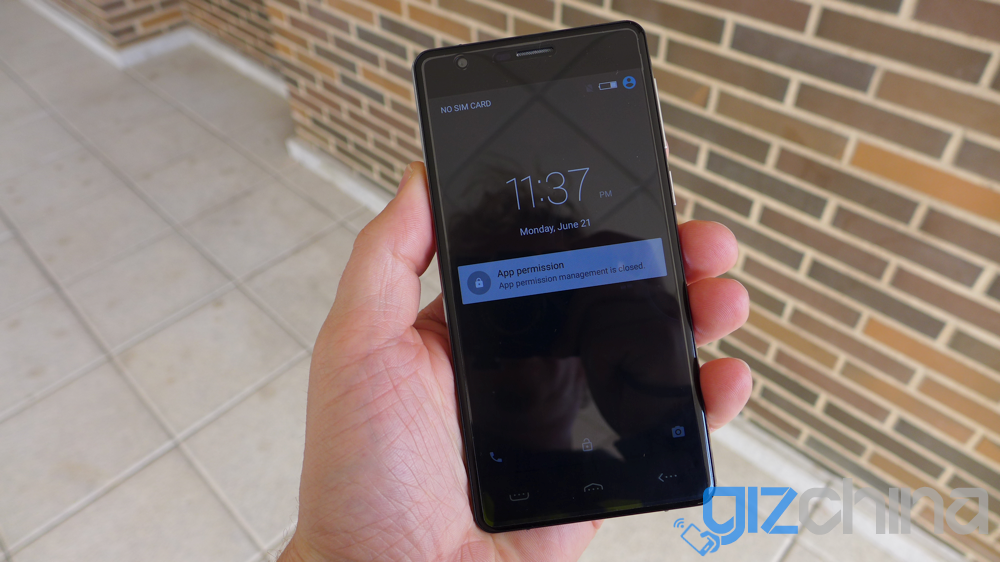 You would have to really love the design to say that it was a good-looking phone in anyway, and personally it looks like the product of a 2006 design exercise rather than a phone (even a budget one) destined for 2016. On the other hand the design is original to Homtom and it couldn’t be accused of being a clone. 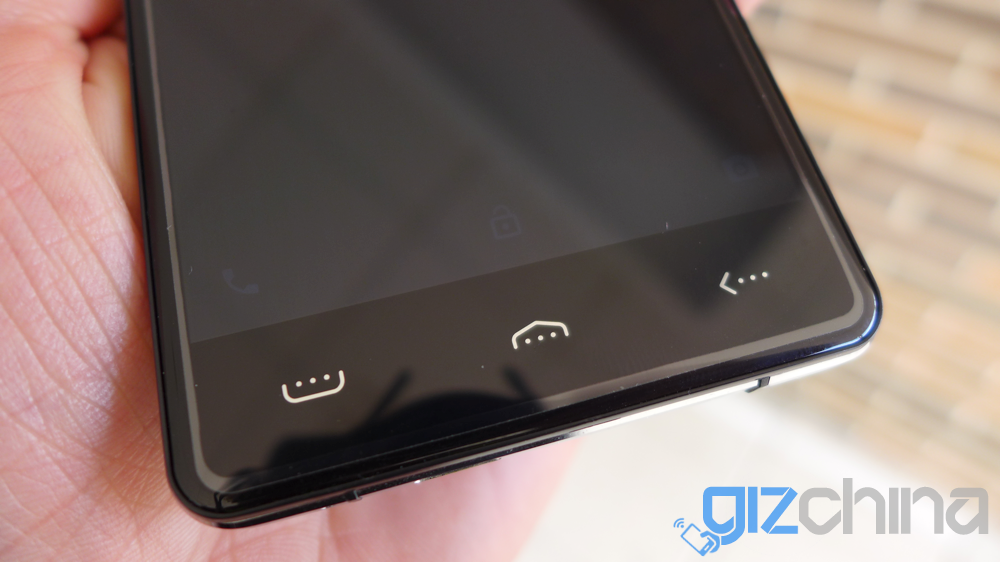 Areas which really have my toes curling are the very old-fashioned Android navigation icons, and that terrible looking fake wood on the removable rear panel. 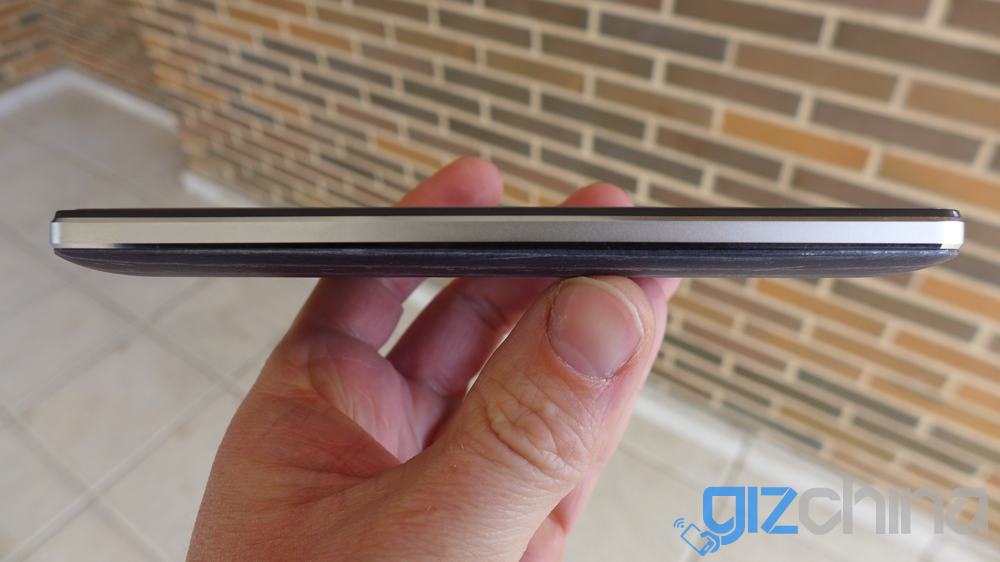 Some of you aren’t going to like the thickness of the Homtom either, but I don’t see this is an area of complaint as the phone gets a rather impressive 4250mAh cell inside. I’m also happy to report that the rear camera fits flush with the back and that the 5-inch HD display gets a 2.5D curved glass panel. 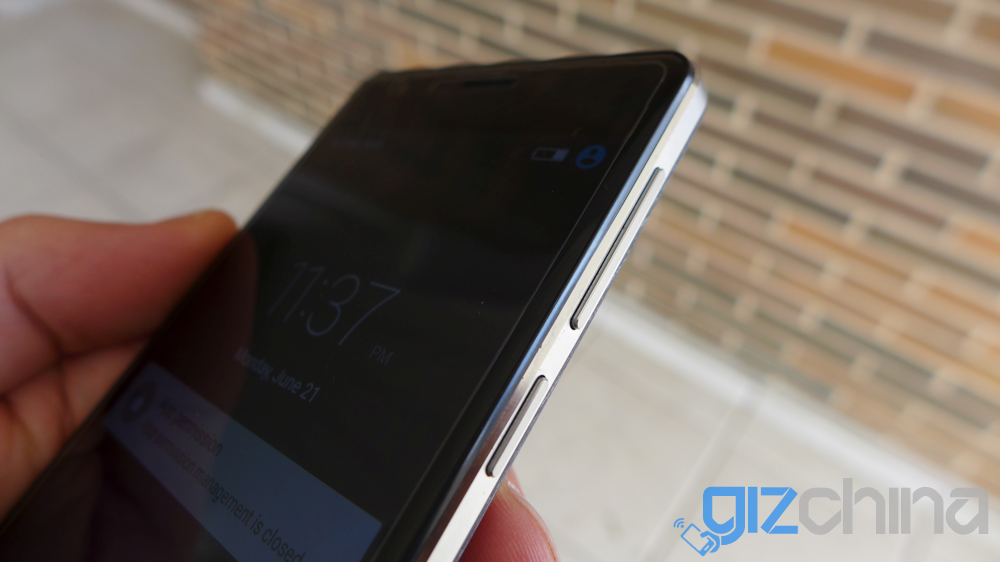 Other good features of the design are the fact HomTom have given the HT5 a metal chassis (although it seems to be a very hefty steel chassis) and that the rear panel is removable meaning you get accesses to both SIM trays, an SD card slot and that very large battery. 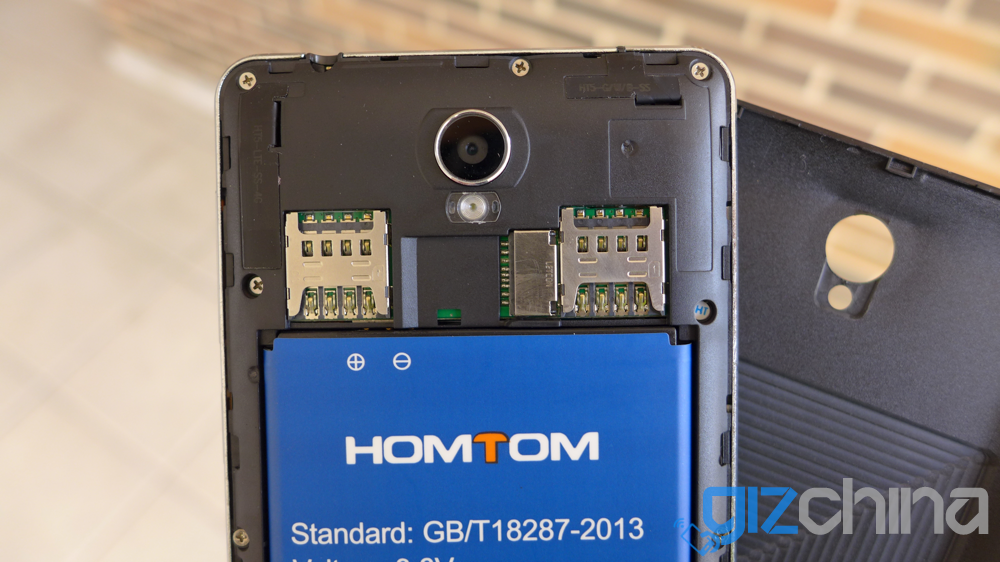 I’m guessing there will be people out there who do appreciate the design of the HT5, I’m just not one of them, however I do like the build quality on the phone.

As this phone costs closer to $100, the HT5 has a lot better hardware than those $50 smartphones we have seen on the market. 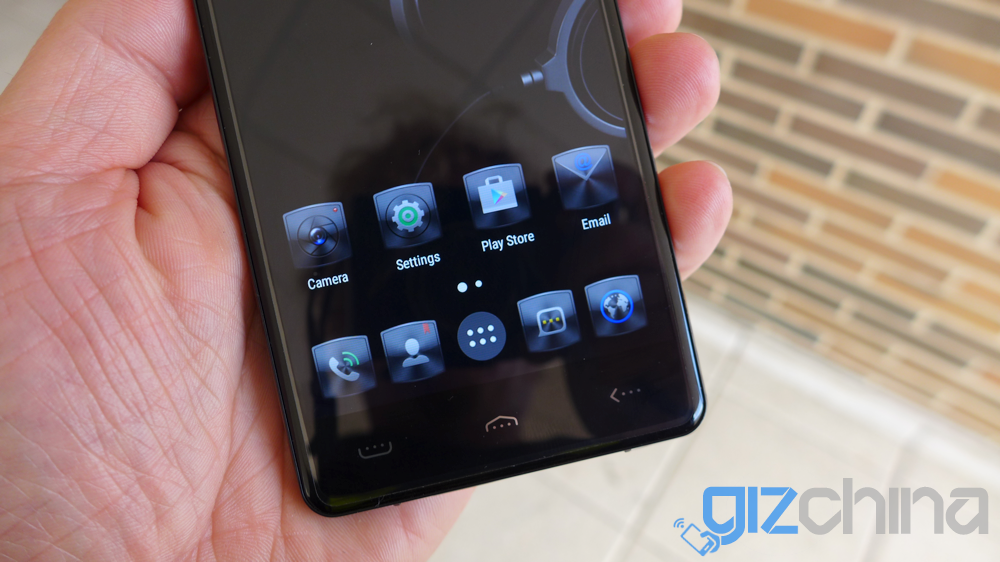 I’ve already mentioned that the battery is a massive 4250mAh model, but we also get a much nice 1280 x 720 HD display in the package, and LTE support too.

The Mediatek processor has just 1GB RAM to play around with and while these specs aren’t going to get your pulses racing they do help to get as much runtime as possible out of that big battery. 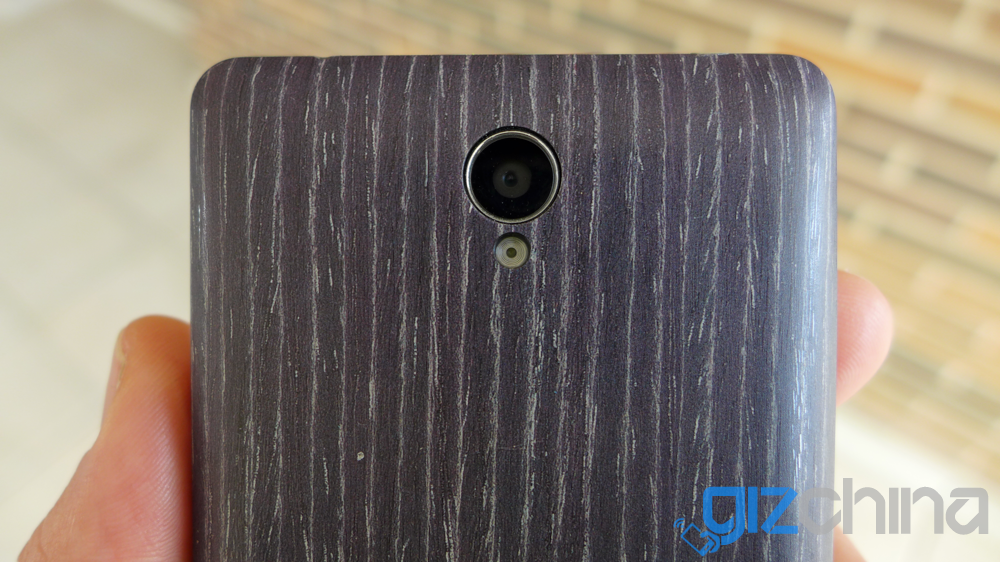 Camera specs are an 8 mega-pixel sensor on the rear, 2 mega-pixel on the front (both have software to snap 13 and 5 mega-pixel photos respectively), there is 16GB memory and support for 32GB SD cards and Android 5.1 comes on the phone with it’s own rather nasty looking launcher. 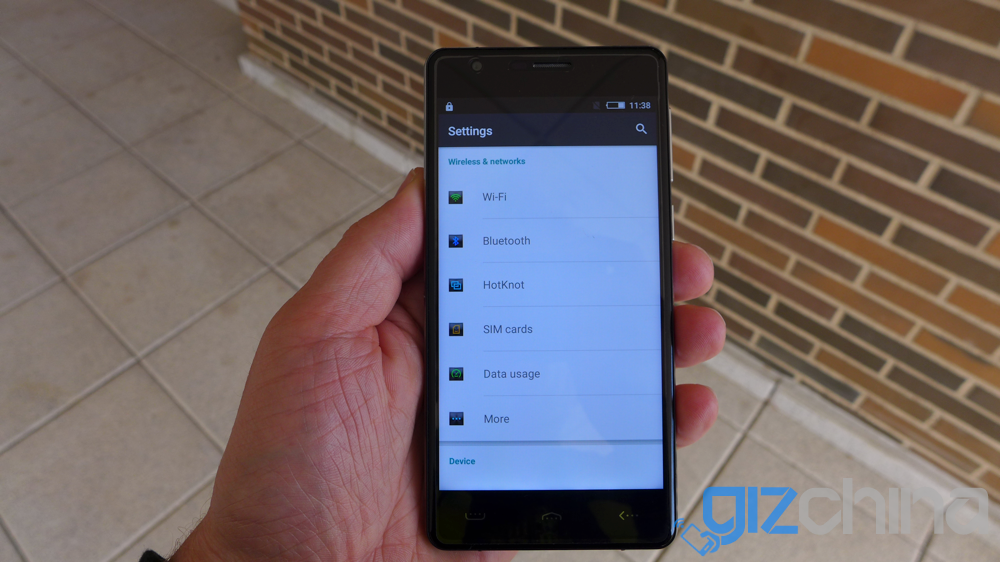 Some nice touches in the spec sheet are the inclusion of Hotknot, basically this is Mediatek’s rival to NFC and allows for easy file, data and content transfer, and USB OTG so that you can share the battery power from the Homtom HT5 with other USB devices.

It all works rather well together with generally usage being snappy and mostly bug free, even the camera app is faster than other budget phones we have tested recently. 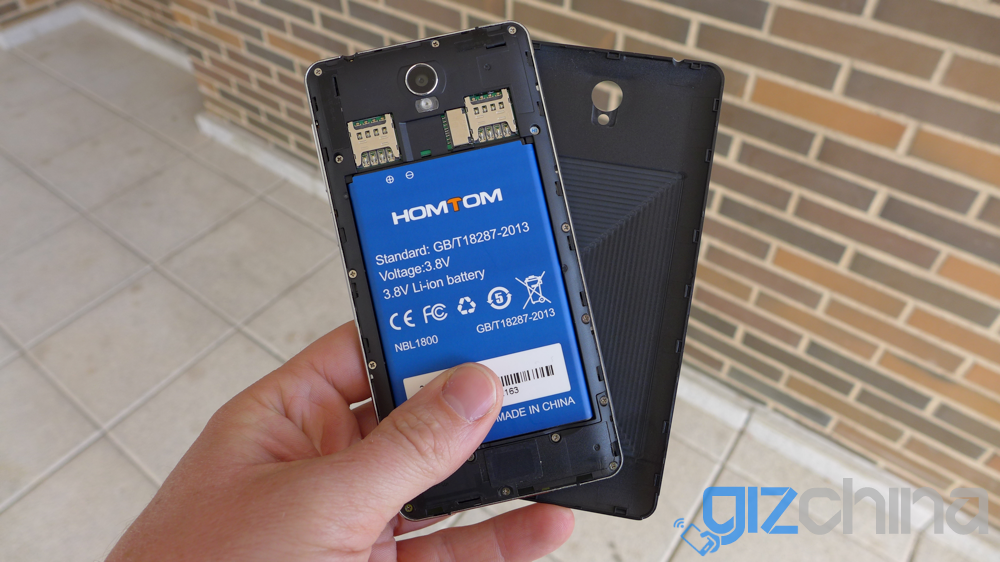 Battery-life from the 4250mAh battery is the main selling point of the HT5 and it gives a respectable 2.5 days of use under review conditions, so the average user might be able to get more from it depending on how you use the phone.

An 8 mega-pixel Sony sensor on the rear of the HomTom HT5 sounds great, but once again we don’t get quality lenses on the phone to make the most of the sensor. It would be interesting to know how much good lenses are, maybe it would be better for lower cost phones to get a lesser known brand 8 mega-pixel sensor with better lenses in the future? 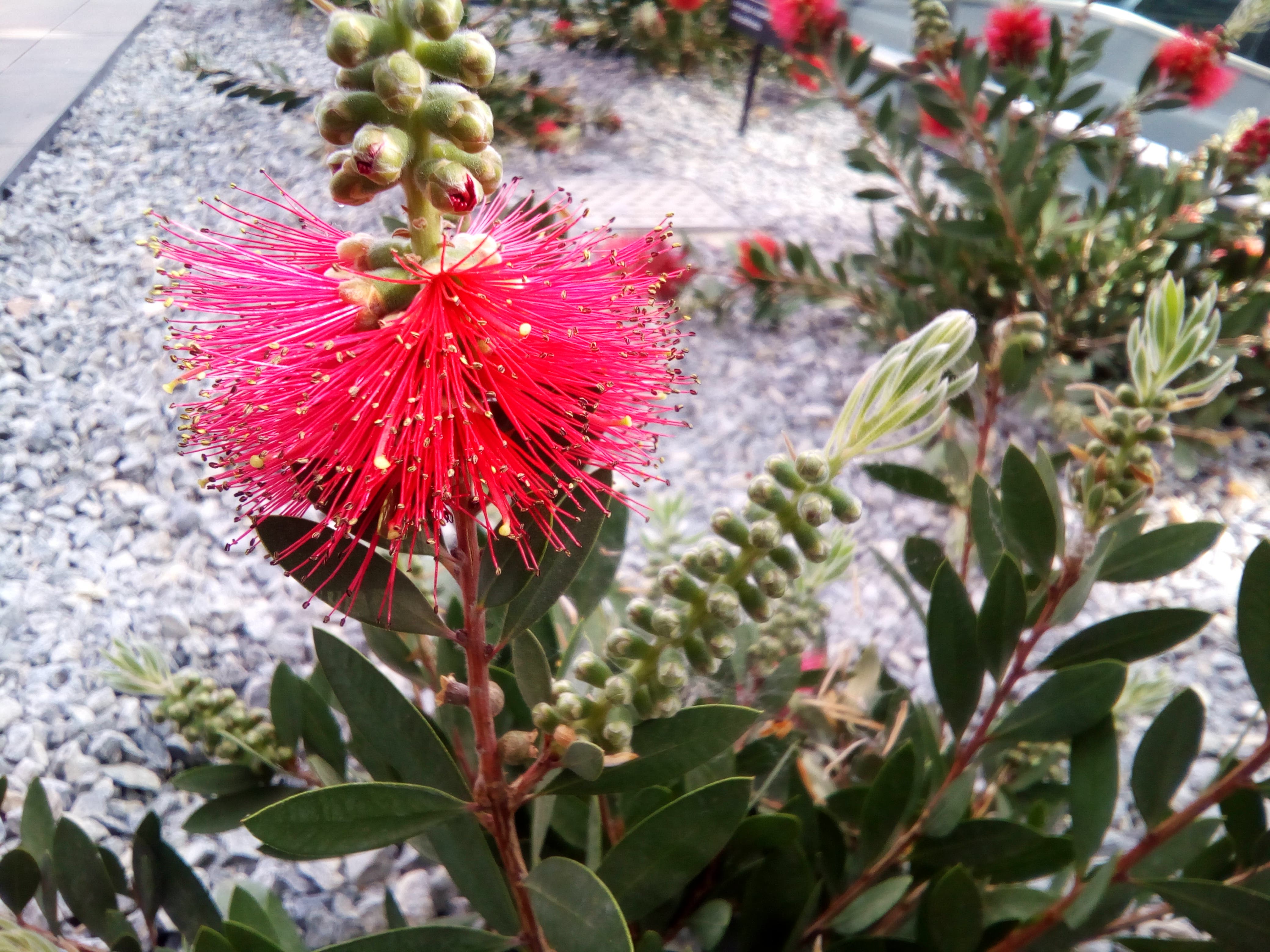 While the lenses aren’t great, they aren’t quite as bad as those on the Blackview A8, and the speed of the camera app is much faster and more like what we are use to.

Still you aren’t going to get amazing shots with the Homtom HT5, but with enough light you should be able to get some useable images now and then. 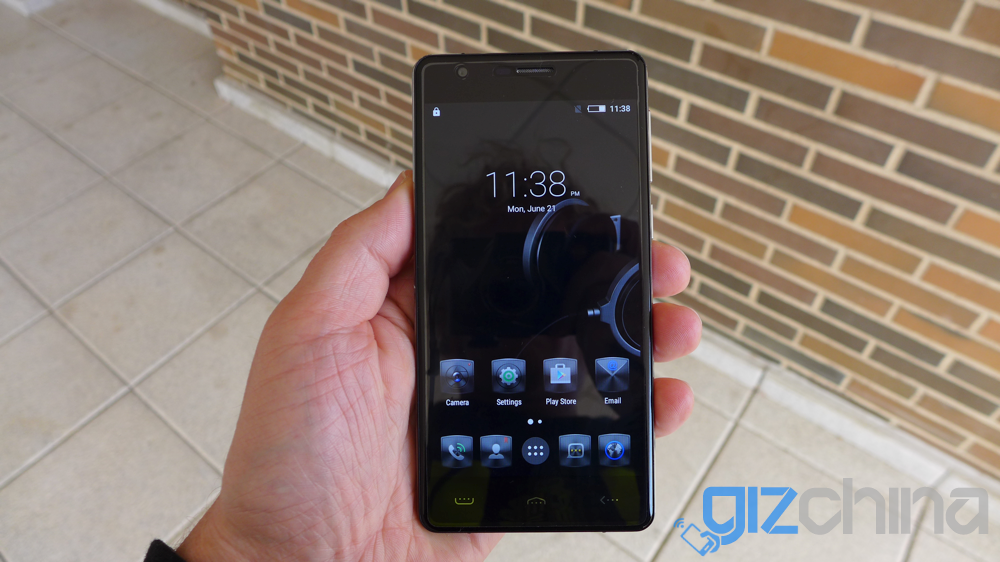 At under $100 there are quite a few smartphones available. One of the big differences between the HT5 and other similar tier phones is that the battery is quite large, but on the other hand you do get quite a dated design and the phone itself is quite heavy.

If battery life is the top of your list when buying your budget phone then the HT5 is a well made option to look at, but if you want a nicer ROM and a better overall level of usability then take a look at the Xiaomi Redmi 2, Lenovo K3 or maybe even a new Meizu M3.

Next Elephone S3 presale starts with an interesting guarantee