Over the course of the past year or so, Homtom have made a name for themselves as the manufacture of big battery phones, but the new HomTom HT10 might mark a shift to performance for the brand.

In a recent email, HomTom sent out details of their upcoming phones for 2016. Many of the phones mentioned in the email were devices which we have seen before like the HT3 and HT3 Pro, but one of the new devices listed was the HomTom HT10.

The design of the phone is a simple one with white panels front and rear and what looks like a CNC alloy chassis holding the phone together. The only feature missing from the HT10 looks like a fingerprint scanner, but IRIS recognition is mentioned as a security feature. 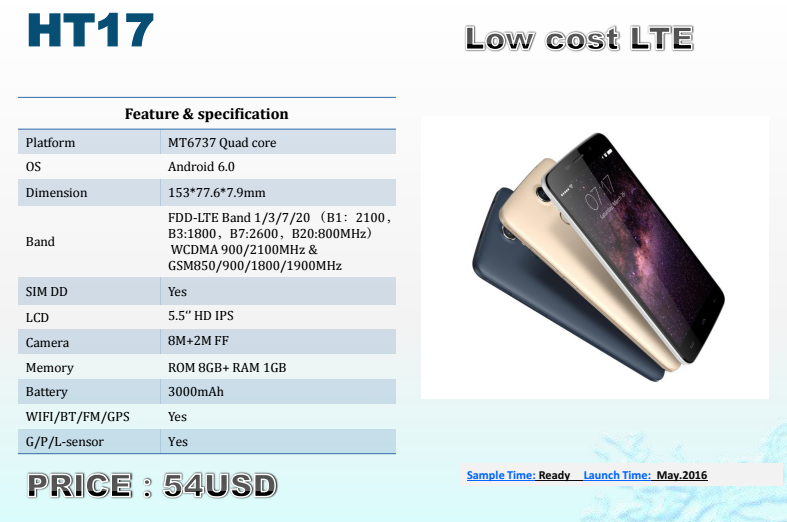 Also in the roadmap were details of a low-cost phone called the HomTom HT17. This budget phone will just only $54 and will get a 3000Ah battery, 5.5-inch HD display, 1GB RAM and MT6737 quad-core chipset.

The HT17 is due to launch sometime this month while the Helio X20 powered Homtom HT10 will launch in June.

Next More leaked images of the Mi Band 2